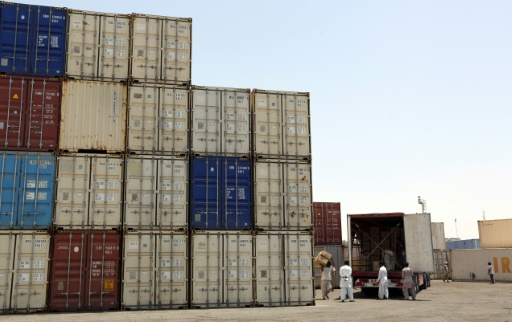 Iranian trade will be boosted by a lifting of nuclear-related sanctions but the country needs billions of dollars of investment, and meaningful economic gains are likely to take many months.

The deal between Iran and world powers announced in Vienna Tuesday paves the way to an opening for international companies who have long seen the Islamic republic as an untapped market.

However, a decade of difficulties linked to the country’s nuclear programme has left problems as well as opportunities, experts say.

With Tehran suspected of plotting to develop an atomic bomb under the guise of civilian energy production, something it has always denied, the United Nations first imposed economic sanctions on the Islamic republic in 2006.

In 2012, the United States and the European Union ratcheted up the pressure, slapping punitive measures on Iran’s energy and banking sectors.

Lacking effective tools for making international cash transfers — Iran was barred from the SWIFT banking network — the economy tanked as cash dried up.

But some basic steps must be taken to turn the economy around, according to Daniel Bernbeck, managing director of the German-Iran Chamber of Commerce.

“Iran needs technological and industrial development and it will cost billions of dollars unless investors come back,” he said, noting huge interest from German companies that have visited Tehran.

Iran’s market of 78 million people and educated workforce were important pluses for those looking to put money into the country, he said.

The election in 2013 of President Hassan Rouhani, a moderate, signalled a change in Iran’s economic policy.

Talks with the world powers started in September that year, and an interim agreement two months later gave Iran some sanctions relief in exchange for curbs on its nuclear activities.

Rouhani’s government, which wants foreign investment, has also managed to bring inflation down to 15 percent from 42 percent, helping stabilise the rial, which had lost two thirds of its value.

“This is a historic moment… a breakthrough opportunity for global investors to invest in one of the most exciting markets of the future,” he said after the deal was announced.

But without those funds and a new economic push, the early gains under Rouhani’s administration are in jeopardy, according to David Ramin Jalilvand of the European Policy Centre in Brussels.

“It will take at least until early 2016 before the energy-related sanctions are lifted,” he said, noting the need for UN nuclear monitors to verify Iran has met its commitments.

And foreign companies may be reluctant to invest in Iran, given the risk that sanctions may be re-applied if Tehran is deemed to have breached its promises.

Rouhani acknowledged in June that “weeks or even months will pass” between the signing of the agreement and sanctions relief.

With the fourth-largest oil reserves and the second in gas, Iran has the biggest combined energy deposits in the world.

The oil ministry has announced it intends to attract up to $100 billion (90.1 billion euros) of foreign investment to modernise the sector, which has been underdeveloped for a decade.

Production has dropped below three million barrels per day since 2012. Exports have almost halved to 1.3 million bpd from 2.5 million bpd in 2011.

Iran could produce an extra million barrels per day in the six months following the end of sanctions, Oil Minister Bijan Zanganeh has said.

And by changing the structure of its contracts, the ministry is trying to lure back oil majors, which sustained big losses by having to leave.

Dutch-Anglo energy giant Shell and Italy’s ENI have both sent envoys to Tehran for talks.

The process of finalising new contracts started after Rouhani’s election, and has been a drawn-out affair.

An unveiling of terms in London in September has been deferred until December.

French manufacturer PSA Peugeot Citroen quit Iran, its second-largest market, in early 2012. It is discussing a renewed partnership with IranKhodro.

But for Mohammad Gholi Yousefi, an economics professor at Allameh Tabatabai University in Tehran, foreign investment alone will not suffice.

Iran “needs fundamental economic reforms” to boost production and avoid another crisis, he said, referring to the need to root out corruption and mismanagement.