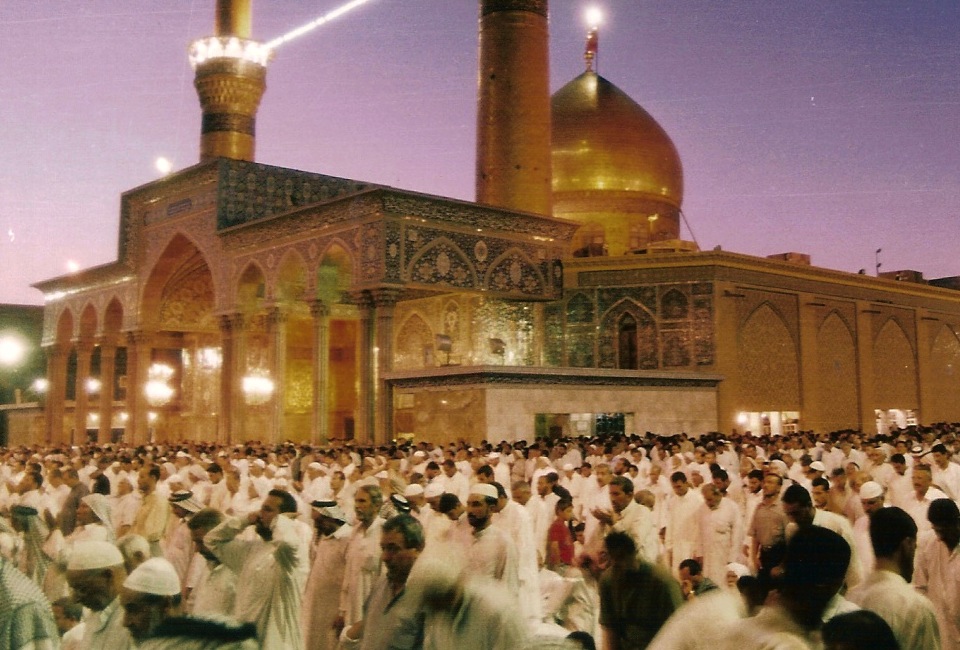 Dr Zachery M. Heern, author of the new book 'The Emergence of Modern Shi‘ism: Islamic Reform in Iraq and Iran', has written a thought-provoking piece that helps us better grasp key developments in the Muslim Middle East.

I often complain that media related to the Middle East and Islam frequently lacks context. Indeed, news reports, related to the Middle East or otherwise, often assume that events occur without precedent and are unconnected to the past. Analysis, therefore, can be wildly misleading. The antidote for this absence of context is the study of history, which is why I tell my students that historians make good journalists.

Unfortunately, however, history is often only invoked by pundits when the assertion is made that the Middle East has a long history of problems – violence, inequality, injustice, sectarianism, etc. These assumptions are biased in the worst way since they wrongly assume that the current state of affairs in the Middle East is identical to its seemingly unchanging history. On this faulty foundation, some analysts make doomsday prognostications that the Middle East will always be a problematic region since they assume that it always has been.

Instead of confining my contribution to this problem to exasperation, I wrote a book that situates modern Shi‘ism within the contexts of Iraq, Iran, the Middle East, and world history. In other words, the book is about Shi‘i Islam and its place in the modern world. By “modern” I do not mean the contemporary world, which is the domain of journalists and political scientists. I use the amorphous term “modern” in the historical sense. According to many historians, the modern world began sometime around 1750.

Therefore, in an attempt to develop a deeper understanding of the contemporary Shi‘i establishment and its connection to Iran and Iraq, the book focuses on Shi‘ism during the watershed period of the late eighteenth and early nineteenth centuries – the historical moment that produced monumental changes in human history, including the Industrial Revolution, nationalism, Communism, the Enlightenment, and the birth of the United States of America.

I specifically argue that the birth of modernity in the Islamic world is associated with the political decentralization of the so-called Islamic gunpowder empires of the Ottomans, Safavids, and Mughals. These large empires (like those in Russia and China) decentralized or collapsed in the eighteenth century, which created space for new social, religious, economic, and political trends. The result, therefore, was the emergence of multiple modernities. In the sphere of social and religious developments, a tectonic shift took place in the Islamic world, which produced the Islamic movements of Usuli Shi‘ism, Wahhabi Sunnism, and neo-Sufism. Relative to Wahhabism and even neo-Sufism, Usuli Shi‘ism has not received much attention from scholars.

I suggest that Usuli Shi‘ism is the most powerful movement in modern Iran and southern Iraq. Therefore, while some historians attempt to explain current trends in Iran and Iraq by analyzing Shi‘ism in general, we are better off focusing specifically on Usulism and even more precisely on neo-Usulism, which came to dominate the Shi‘i world during the critical historical moment of the late eighteenth century. The impetus for the rise of Usulism was the collapse of the Safavid Empire (1501-1722), which established Shi‘ism as the official religion of Iran, leading to the conversion of the majority of Iranians from Sunnism to Shi‘ism.

Like religious officials in most of the world, Shi‘i clerics in Iran had enjoyed tremendous support from the state. Because the Safavids made Shi‘ism a state religion for the first time in hundreds of years, the Safavid period produced a renaissance in Shi‘i learning. The range of historically diverse interpretations of Shi‘ism – including Usuli rationalism, Akhbari scripturalism, Sufism, and Illuminationist philosophy – were commonplace under Safavid rule.

After the Safavid Empire collapsed in 1722, many Shi‘i clerics emigrated from the Safavid capital of Isfahan to the Sunni Ottoman-controlled holy cities of Karbala and Najaf in southern Iraq. In fact, during the eighteenth and nineteenth centuries, Usuli Shi‘i clerics presided over the conversion of the majority of southern Iraqis from Sunnism to Shi‘ism and defended southern Iraq from Saudi Wahhabi attacks.

Attempting to consolidate power, Usuli Shi‘is declared that Sufis, Akhbaris, Wahhabis, Shaykhis, Babis, and Baha’is are heretics, which significantly narrowed religious orthodoxy in the Shi‘i world. Usulis also claimed to be the vicegerents of the twelve Shi‘i Imams, authorized to declare binding legal judgments which they often enforced themselves. One Usuli cleric, Muhammad Baqir Shafti, who was one of the wealthiest Iranians of the nineteenth century, reportedly sentenced up to one hundred people to death for which he kept a graveyard on his property.

Usuli leadership resulted in the increased stratification of Shi‘ism, although Usulism remained informally organized with multiple coexisting head clerics, who often competed for followers. In order to distinguish themselves, Usuli clerics took on grandiose titles, including “the proof of Islam” (hujjat al-Islam), “source of emulation” (marja‘ al-taqlid), and the now-famous term Ayatollah.

Throughout the nineteenth and twentieth centuries, Usulis dominated the sphere of religion throughout the Shi‘i world and remained semi-independent of the Iranian state. The attitude of members of the Usuli establishment towards the Qajar government (1785-1925) in Iran ranged from cooperation to insurrection. On one hand, Usulis expected the Qajars to carry out their declaration of jihad against Russia. On the other hand, some Usulis supported constitutional reform which would limit the shah’s power.

The legacy of neo-Usulis is that they emphasized a legalistic Shi‘ism that awarded clerics with more authority than ever before. They divided the Shi‘i community into clerics and non-clerics and required all laymen to emulate the guidance of the most knowledgeable, pious, and just cleric. Usulis accumulated wealth from charitable donations and personal business ventures. In return, they built charitable institutions, including hospitals, orphanages, and schools. Ayatollahs, therefore, became powerful pope-like figures at the head of massive transnational patron-client networks.

Ayatollah Khomeini, the patron saint of the Iranian revolution, utilized Usuli networks and ideology to seize control of the Iranian government in the early 1980s. Khomeini specifically promoted the Usuli concept of the “guardianship of the jurist” (wilayat al-faqih), which some neo-Usulis had interpreted to mean that Usuli clerics should rule on behalf of the twelve Shi‘i Imams. Iran’s current supreme leader, Ayatollah Khamenei, now fills this position. Many Shi‘is, however, have criticized Khomeini’s politicization of Shi‘ism and his interpretation of the guardianship of the jurist. In fact, one such critic is the most powerful Ayatollah in Iraq, Ali al-Sistani, who is currently followed by more Shi‘is than any other Ayatollah in the world, including Iran’s supreme leader.

This type of decentralized, polycephalous leadership is common in neo-Usuli history because the Usuli Shi‘i faithful are free to choose which Ayatollah they would like to emulate. Although Khamenei and Sistani agree on many issues, their differences indicate the ideological and national diversity within the contemporary Usuli movement. Indeed, like any major cultural system, Shi‘ism is complex, evolving, and deeply rooted in its history.