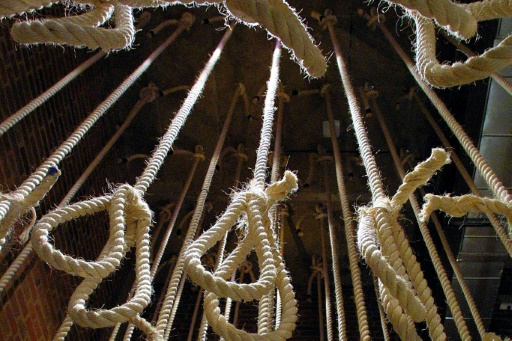 Amnesty International on Thursday protested at what it called a "staggering execution spree" in Iran so far this year that has seen almost 700 people put to death.

“Iranian authorities are believed to have executed an astonishing 694 people between 1 January and 15 July, 2015,” said the London-based rights group, in what it termed an unprecedented spike.

“At this shocking pace, Iran is set to surpass the total number of executions in the country” recorded by Amnesty for the whole of 2014.

Said Boumedouha, deputy head of Amnesty’s Middle East and North Africa Programme, said the spike “paints a sinister picture of the machinery of the state carrying out premeditated, judicially-sanctioned killings on a mass scale”.

Amnesty said the surge “reveals just how out of step Iran is with the rest of the world when it comes to the use of the death penalty”.

For its part, Human Rights Watch has accused Saudi authorities of waging a “campaign of death” by executing over 100 people in the first six months of 2015, more than during the whole of last year.

But unlike in Saudi Arabia, executions in the Islamic republic “did not even stop during the Muslim holy month of Ramadan”, when at least four people were put to death “in a departure from established practice”, Amnesty said.

It said death sentences in Iran were “particularly disturbing because they are invariably imposed by courts that are completely lacking in independence and impartiality”.

Trials in Iran are “deeply flawed, detainees are often denied access to lawyers, and there are inadequate procedures for appeal, pardon and commutation”, Amnesty said.

“Iranian authorities should be ashamed of executing hundreds of people with complete disregard for the basic safeguards of due process,” said Boumedouha.

Amnesty said the reasons for this year’s “shocking surge in executions are unclear but the majority of those put to death in 2015 were convicted on drug charges”.