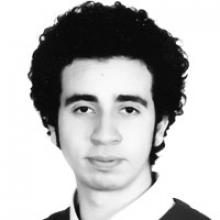 A survey made through an Egyptian Facebook page shows us that many of the stereotypical assumptions about Muslim women might not be very accurate, writes Ahmed Ezz Eldin.

Women face a long list of gender stereotypes and expectations that requires them to think twice before saying or doing something. These gender-based restrictions are largely derived from social norms, traditions, and/or religion. Thus, in societies where social norms and religion play a large role in the public and private lives of individuals, we expect the divergence between the displayed and the hidden preferences of women to be quite significant. In order to unravel some of these true hidden preferences, eliminating restrictive rules and expectations by creating a hypothetical situation might be a helpful strategy.

Recently, a post has been circulating on Facebook and Twitter, providing such a hypothetical situation. The original post appeared on an Egyptian Facebook page, with significant religious content, followed mostly by young Muslim Egyptian women. The thread starts by a female admin, Amany Seyam, who asked her followers, “What’s the thing that you would have done, if it weren’t prohibited by religion –haram?” Given the typical (Western) perception of the relationship between Islam and women, we might expect most answers to be related to issues like the veil or gender equality. Yet, the responses reveal much more complicated and shocking findings.

Disturbingly, committing suicide came as the most common response, with a frequency of almost three times the second wish, which was…killing! Now, how can this be? A simple answer would draw on the hardships facing Egyptian youth in general. It might also be related to being a woman in a male-dominated society with the second highest rates of sexual harassment globally. Yet, the above-mentioned responses also offer a glimpse into why Egypt has one of the lowest suicide rates worldwide along with other religious societies like Mexico, Brazil, or Italy; religion could act as a deterrent to the materialization of these thoughts.

A second set of wishes tackled the lifestyle of those women. The first five items include taking off the veil, trimming their eyebrows, tattooing and piercing, listening to music, and confessing love and having a boyfriend. It is interesting to note that things like premarital sex, drinking alcohol, staying outside the home late at night, travelling alone, or wearing a swimming suit were mentioned only once. This order of preference shows us that many of the stereotypical assumptions about Muslim women might not be very accurate. Thus what these women want, is in fact more relaxed rules on the non-fundamental parts of religion, like listening to music or trimming their eyebrows. However, they have no (major) problem with the more critical restrictions that govern their personal freedom to act in public. In a nutshell, they demand more freedom in the private than the public sphere.

Other aspirations had to do with the role of women in religious life. For example, some respondents indicated that they wanted to go to prayers with men in the mosque, be Imams, or be able to call for prayer. Although women join men in communal prayers in mosques, the two sexes are segregated and women, unlike men, are not encouraged to go to mosques for prayer. Despite that some female preachers achieved popularity and appeared on different media outlets in the Middle East, the positions of Imam and prayer callers in mosques are reserved for men. Female imams who appeared in Western Muslim communities have been heavily criticized by Middle Eastern Islamic scholars. It is notable that religious life is the realm where hopes for gender equality seem to be the strongest.

In a nutshell, this admittedly unscientific survey conveys some interesting messages. Contrary to many stereotypical assumptions, this sample of Muslim women informs us that gender-based religious rules do not constitute their top concerns. Acts like suicide or killing are less associated with gender differences than other mentioned wishes. Even with the second set of preferences, the religious bans apply to both males and females, except for the veil. Interestingly, some of these items, like listening to music, are mostly prohibited by only strict Islamic scholars. However, the division of roles in religious life is the arena where hidden aspirations of gender equality are present. Finally, it is important to point out that this is a very small sample of opinions that might not be representative of what Muslim Egyptian women really think in general.