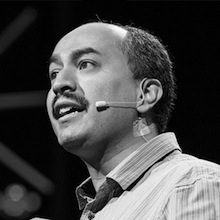 Cyber activist and scholar Walid Al-Saqaf now shares the story of what happened to his family in Yemen – and why the world must act.

“What did we do to deserve all this?” my 10-year-old niece Baraah asked while recalling the horrors of the 12th of July 2015 when a war plane belonging to the Saudi-led coalition struck my house in the south of Sana’a, killing my brother-in-law and severely burning his only daughter, Baraah. Having moved to Sweden some years ago, I had asked my brother-in-law if he and his family would stay in my home instead of leaving the house vacant. While I am aware that I wasn’t a legitimate target by any side in the Yemeni conflict, I felt responsible somehow for what happened.

Baraah’s mother Mona, who is my wife’s sister, and her only son Yahya, survived because they were in the room furthest from the part of the house where the missile landed. Mona described how she discovered that her husband tried to embrace his daughter Baraah to effectively serve as a shield from the blazing inferno created by the missile that burnt down the room where they were. This explains why he perished soon after the attack while Baraah survived. Yet she remains in a critical situation after sustaining life-threatening burns all over her body.

In the Yemeni context, such an attack was neither the first of its kind, nor was it the last. Since Saudi Arabia started Operation Decisive Storm in March by carrying out airstrikes against the Iran-backed Houthi rebels and former president Ali Abdullah Saleh, more than 3,600 people have been killed, tens of thousands wounded and well over half a million displaced.

Both sides of this senseless conflict target innocent victims, often without remorse and with a sense of impunity. While most civilian casualties were a result of attacks by the rebels, the two parties have effectively caused devastation to the population at large.

“In the Yemeni context, such an attack was neither the first of its kind, nor was it the last”

I am used to seeing Baraah every time I visit Sana’a – at least once a year – as she would come over and ask about my daughters and when they will visit next so they could play together.

While the graphic images of Baraah’s body in the aftermath of the attack cannot be easily erased from my head, the memory of her adorable attitude, optimistic spirit that made everyone around her happy is something I will continue to cherish and keep in my memory forever.

Today, Baraah is in a coma induced by Jordanian doctors overseeing her treatment at the emergency unit of the King Hussein Medical Center in Amman, Jordan. According to one of her doctors, it is almost a miracle that Baraah was able to survive for two weeks despite the second and third degree burns that affected around 90% of her body. While quite slim, Baraah still has a chance of survival. Her mother, many others, and I are refusing to give up on her easily.

The attack took place without warning and unexpectedly as it targeted a purely civilian neighborhood that many thought was safe because it wasn’t close to any known military or governmental targets. Ironically, the attack happened exactly one month after a seminar I helped organize in Stockholm under the title “Nowhere safe in Yemen”. Being the one who chose that very title, I got a vindication in the most personal and devastating of ways.

The bravery of Baraah in fighting for her life has triggered me to launch a campaign to help her by calling upon friends and colleagues I know to contribute to the Baraah Medical Fund (http://savebaraah.org) and share information about it in their own circles. In just over a week, over $15,000 was donated out of the $100,000 targeted. I am optimistic that over time, there will be more support and a greater chance to save her life.

Although Baraah’s mother Mona, who is my wife’s sister, is yet to absorb the shock and make sense of what happened, the pouring support coming from all over the world gave her hope and a reason to stay strong. It was devastating enough for her to lose her husband, but witnessing their only daughter being tortured first by the inferno that consumed most of Baraah’s skin and later seeing her in pain and hearing those agonizing screams while lying in the hospital for over two weeks is beyond anything any parent can take.

Without doubt, Baraah and her mother demonstrate the spirit of human devotion and resilience in the face of senseless acts of war and aggression not only in Yemen, but also all over the world. Their fighting spirit is my personal source of motivation, which pushes me to rally on their behalf for more support to the fund and to spread their story locally and globally.

Baraah’s fighting spirit is also motivation for me to consider starting a bigger and bolder initiative with the help of like-minded individuals to bring to the world’s attention the plight of innocent children caught in violent conflicts. Who knows, maybe this little girl’s story could lead to a global movement to stop bloodshed and promote a campaign to save thousands of other children who fall as war victims in Yemen and beyond.

Just after she learned that we secured enough funds and got the paperwork done to get her out of Yemen and into to a decent hospital in Jordan, Baraah went on thanking everyone with gravel in her voice that could barely be heard:

“Thanks for giving me another chance.”

“Thank you mother for not giving up on me.”

“I want to kiss and hug you again mom. I want to get better to do just that.”

I promise Baraah and her mother to do my best to make it possible for the two to embrace each other again. I cannot guarantee that it will happen, but I’m keeping my promise to try and leave no stone unturned.

Get well soon Baraah. We all miss you.