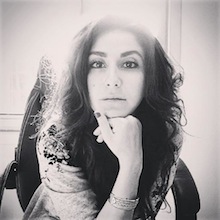 ”Turkey is an important partner for the EU in the fight against terrorism and extremism. Clearer actions from the Turkish side in the implementation of necessary measures against ISIL are welcomed.” This is what Margot Wallström, the Swedish Foreign Minister, expressed a few days ago with regards to the conflict escalation, in which the Turkish government opened up a battlefront against the Islamic State. Exactly how Turkey has been an “important partner” in fighting terrorism is not apparent from the statement; several Middle Eastern experts are instead saying that the country has been promoting extremism in the region. It would be disastrous if Sweden and other EU states did not read between the lines when it comes to Turkey’s so called “new approach” in the war against ISIS. Even more upsetting, though, would be if Western countries once again let Turkey unleash its aggression towards Kurds.

I am currently writing from Turkey, a country that time after time is causing both national instability and regional conflict under the banner of the “war against terrorism”. The state’s foundation is now shaking again; just a couple of days ago, the government called upon NATO to gather for an extraordinary emergency meeting. The reason is that the Turkish government now claims that ISIS and PKK (Kurdistan Workers’ Party) basically pose equal security threats. Similar meetings under Article 4 have only been held five times in NATO history – Turkey initiated four of them.

To briefly describe the situation, the Turkish government recently began to attack the Islamic State and now allows the US to use its air bases in “south-eastern Turkey” (northern Kurdistan) to attack ISIS in Syria. Simultaneously last week, the Turkish government and the Kurdish guerrilla organisation PKK ended a ceasefire that had lasted for several years. And President Recep Tayyip ErdoÄan unilaterally cancelled the overall peace process. ErdoÄan claimed that the negotiations could not proceed with those who threaten “national unity and brotherhood”.

Turkey has now resumed its bomb attacks on PKK’s bases in “northern Iraq” (south Kurdistan) and have killed over two hundred militants and hurt several hundreds, including civilians, in less than a week. Yesterday, Turkish bombs killed a dozen civilians (men, women, and children) in the Kurdish village Zargala in south Kurdistan. Several houses were also destroyed throughout the village. To add to the regional tensions, Turkey has opened up yet another front by attacking the Kurdish forces of YPG/PYD in “northern Syria” (west Kurdistan) on several occasions. YPG/PYD, PKK’s sister organisation, is one of America’s main allies in the war against ISIS and the most effective force on the ground.

In other words, the Turkish government is forcefully bombing the Kurdish forces that are fighting the ISIS barbarians. Only a few Turkish attacks have actually targeted ISIS; the majority have been directed at the Kurds. The paradox and hypocrisy is crystal clear, yet unfortunately not particularly shocking. As the outside world is slowly beginning to react to Turkey’s aggression towards the Kurds in two neighbouring countries, Turkish Prime Minister Ahmet DavutoÄlu publicly denies that Kurds as an ethnic group is the target. But the reality tells a different story and the Turkish definition of “brotherhood” remains quite a mystery. The ruling party, AKP, seems to only be pursuing increased tensions between the Turks and the Kurds and to drag the country into a full-blown civil war.

Turkey’s fear of YPG/PYD and the Kurds in west Kurdistan – their self-determination aspirations and their connection to PKK – is scaring the Turkish government more than the Islamic State does. The Kurdish forces have recently been gaining ground against ISIS on the border to Turkey. Kurdish strength in the region is a threat to Turkish nationalism and that’s why Turkey stood by, watching, when ISIS slaughtered Kurds in Kobani on the Syrian-Turkish border last year. It is also the reason why Turkey has allowed ISIS terrorists to use the border without any restrictions. The fact that there are shops in Istanbul and mosques throughout the country that openly spreads ISIS propaganda is showing Turkey’s real position with regards to extremism and terrorism.

“An important partner”, says the Swedish Foreign Minister, but Turkey has up until now only been supporting ISIS, directly or indirectly. The Swedish policy regarding Turkey has been operating in the dark for years. It is about time that the Swedish Foreign Ministry calls the Turkish state by its real name: authoritarian. And what about NATO’s recent meeting? Although it is positive that the organisation encourages Turkey and PKK to resume the peace negotiations and that the member states urge the Turks to use proportionate force to avoid more instability in the region, NATO ultimately backs Turkey. However, people who have been following the developments in the region know that Turkey’s latest offensive is due to a combination of foreign and domestic policies. The terrorist attack in the Kurdish border town of Suruç on the 20th of July, when 32 people died, is often seen as the pulling factor for Turkey’s attacks against ISIS. The Suruç massacre could have been the trigger to Turkish escalation, however, most signs indicate that the government only waited for the right excuse to abandon the peace talks with PKK and to weaken the Kurds. It is probably no coincidence that Turkey opened up a front against ISIS the same week as attacks against PKK resumed.

The fact that NATO more or less blindly stands by the Turks as they attack the Kurds (in three countries) is not really a surprise since Turkey is a major NATO ally, but the organisation’s credibility is at stake. Yes, Turkey has a right to defend itself against attacks from PKK, and sure, PKK is playing with fire from time to time with its provocations. However, NATO and EU need to see the broader picture. When DavutoÄlu calls the recent Turkish attacks a “peace and democracy operation” and then orders bombs against civilians in south Kurdistan and targets ISIS’s number one enemy, YPG/PYD, he is actually implementing a “destroy and crush the Kurds operation”. Where is NATO’s condemnation of Turkey’s bombing in Zargala yesterday? Does Turkish lives matter more than Kurdish?

On the domestic level are the results from the national elections that were held in June this year, in which a pronounced pro-Kurdish party, HDP, for the first time in history passed the parliamentary threshold of 10%. The results meant that HDP thereby could put an end to, or halt, ErdoÄan’s sultan ambitions of introducing an Ottoman-like rule with himself at the top, and without institutions of checks and balances. In other words, the president wanted to do a Vladimir Putin but failed because of the new Kurdish power. HDP’s electoral success has thus been a nightmare for ErdoÄan, who plans to reduce HDP’s influence in the new elections that likely are to be held later this year.

AKP is therefore trying to gain easy political points in the upcoming elections by whipping up the nationalistic rhetoric and resuming the armed conflict with the Kurds. The government is conducting a wave of arrests throughout the country; over 1,300 politicians, journalists, leftist activists and other opponents, as well as a number of ISIS sympathisers, have been arrested. An overwhelming majority of the detainees are Kurds. At the same time, several anti-AKP demonstrations have been prevented and banned, Kurdish websites and news sites have been blocked, and Twitter and other social media have repeatedly been shut down.

Turkey, which has a long history of banning Kurdish parties that the regime claims to be pro-PKK in one way or another, pressured the parliament a few days ago to deprive HDP parliamentarians their political immunity. The reason cited was HDP’s so called “ties to PKK”. This dangerous development is clearly signalling that the AKP is not willing to accept the election results. The attempt is a way for the government to defame HDP and prevent the Kurds from gaining political power. In addition, AKP has already started to prosecute HDP politicians. The next step is probably an outright ban of the democratically elected party. Every step ErdoÄan has taken up till this point indicates that that is his next move.

In response to the Turkish aggression, HDP announced that all party members would submit petitions so that their immunity no longer would be applicable. At the same time, the Kurdish party challenged AKP’s members to do the same. So while AKP undermines the election results, preventing democratic processes, increasing tensions between Kurds and Turks and causing regional havoc, HDP exhibits backbone and character by voluntarily revoking the party’s political immunity. Why? HDP has nothing to hide and plays a fair game.

It is pleasing to read that Sweden’s Margot Wallström is encouraging Turkey and the PKK to resume peace negotiations. The question remains though: does Sweden realize that Turkey is behind much of the instability now affecting the country and the Kurdish people (in several countries)? To be sure, Sweden and EU need a key partner against terrorism and extremism but the question is if Turkey really is shouldering that role in the current situation. While these actors should continue to push Turkey to uphold human rights and to use proportionate force, a long-term thinking and a more active and coherent political strategy with regards to the overall Kurdish issue is critical and required.

What is happening in the Middle East affects and influences Sweden and other EU countries in one way or another; through trade relations, waves of refugees, but also because of the large diaspora minorities. More can be done and should be done. While NATO more or less allows Turkish aggression to unleash itself in the region, EU and Sweden could and should adopt a more comprehensive policy towards the Kurds.