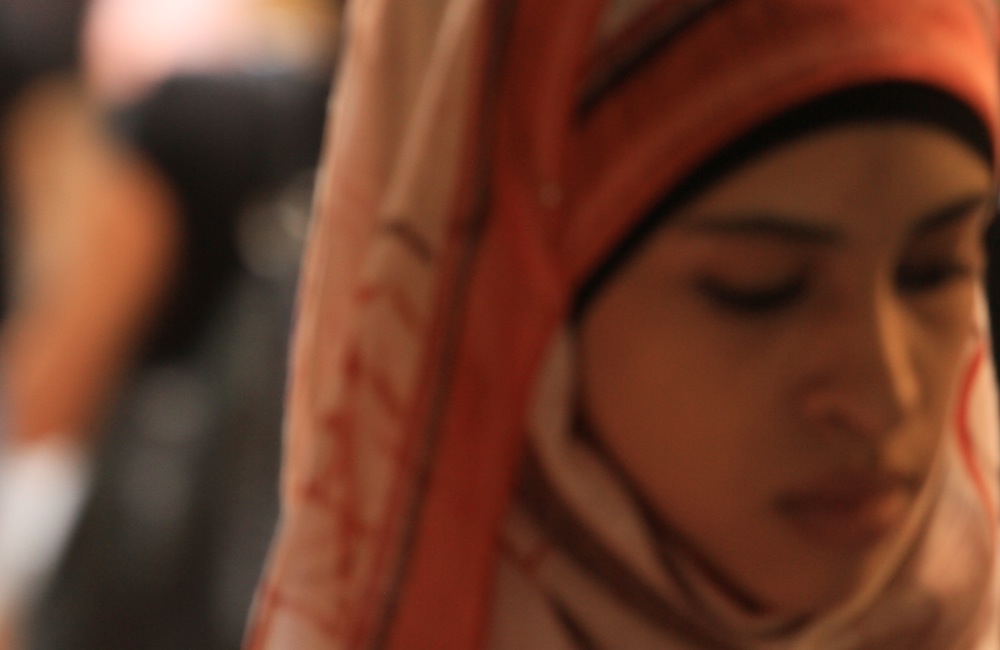 Aya Al-Hakim calls for radical change in the Arab world's approach to sex and sensuality. And she finds intellectual guidance in the region's rich literary tradition.

A monster lives among the Arabs. Its sole purpose is to terrify people from love and sex. No one has seen it, but we’ve all heard it. The monster whispers at the back of your head the two most popular words: ‘aib (shameful)! and haram (sinful)! Which are basically saying that you’re going against God, the family and all that is good and righteous in the world. You’re doomed if you choose to love or be in a sexual relationship that is outside the sacred institution of marriage.

The monster, also known as the fear of sexual instincts and love, is born out of an early Bedouin society and is still fed by many Arabs today. Bedouin honour codes have shaped our traditional values. A woman’s honour and that of her family is lost if she commits a sexual offence. She becomes the embodiment of shame. Her personal feelings and motivations over her choices amount to nothing, since they are attached to something greater: honour.

I always felt there was something wrong with the enshrined honour codes of our society. The head of a Bedouin tribe was a sheikh and a council of male elders – a male dominated social structure – making all the major decisions. Women weren’t involved. They did not have a say over their place in society. However, today we as women can change that, as Arabs are supposedly no longer the Bedouins who lived in the desert, but dwellers of major cities.

When I moved to Canada, the monster did not roam people’s mind. Some Arabs brought it with them, but I let it go. Thus, I was given the space to re-examine the place of a woman’s passion and in light of my Arabian heritage. I dug into our rich history and literature for women empowerment. Looking back at my teenager years in Jordan, Amman, the understanding of my freedom, as well as that of fellow Arab girls, stalled under the weight of shame, guilt and fear.

Love and sex are two of the most intimate and personal areas. In the Arab world, they are enjoyed underground. This hidden world is where the woman’s double lives – the freely sensual woman. In order for the woman to slip into her sensuality, she needs to be an expert at lying and making things up. She has to lie to her parents on where she is going and with whom. She needs to pick the right place that has the lowest risk of being seen by family members or gossiping friends. Not to mention, she needs to have a “plan B” in case she gets caught. It sounds more like a military mission than a date.

Losing one’s virginity in a pre-marital relationship is unthinkable. It would destroy the honour concept, which binds the family and society together. The “honourable virgin” image is seen as precious and desirable. As the famous saying goes, chanted by many men (even women), “a woman is like a piece of candy, if you threw it on the floor would you want to eat it?”. Women are compared to objects as if they are objects themselves. The woman is either a saint or a whore, a manufactured object that comes in two colours.

Romantic relationships are diverse and their nature shouldn’t be generalized. However, I’ve seen that in many Arab pre-marital relationships, sex and love are completely separate and for a good reason. In Amman, sex education, which means teaching about safe sex and consent, does not exist. Thus, leaving many young couples ignorant and afraid. Or worse: unprotected. It is different in Canada. High schools, even universities, have health centres, which give a non-judgemental guidance on sexual health and decision-making. The option for safe sex is made accessible. My university’s student union has free condoms hung outside for everyone to see and take. But in the Middle East, this wouldn’t be an acceptable sight.

For a couple to become emotionally and sexually intimate will not only risk sending them into a spiral of guilt or fear, but it can cost the woman her life. According to UN statistics, 5,000 honour killings a year are reported worldwide. The actual number might be higher, as families tend to hide such crimes. They are widely reported in regions throughout the Middle East, North Africa and South Asia. The perpetrators are put in a more lenient legal category than murder, as they are seen to be upholding traditional values.

A BBC article shows that many Jordanian teenagers ‘support honour killings’. The crimes are justified as being morally correct. However, according to a Your Middle East article, this cultural attitude is also being counter-attacked by more assertive Jordanian youth. Many men and women of various ages and backgrounds are supporting awareness campaigns, such as “No Honor In Crime,” organised to bring the society into discussion about honour killing and its legal status. Younger generations – the future of Arab societies – are being stirred into action.

Arab culture comes with a rich literary tradition that acts as a call back to humanity. It has always cultivated a place for the instinctual and romantic to be expressed, especially in poetry. There are three types of Arabic love poetry: Hijazi, Udhri, and Kufi, which flourished in medieval Muslim civilisation. The first two deal with chaste or religious love, while the third is sexually explicit. It is characterized by its satire, shamelessness and transgression, even from religion.

In medieval Muslim civilisation, women’s poetic domain was limited. According to Dr. Tahera Qutbuddin, an expert on Arabic literature, freeborn women were mandatorily secluded. As a result, women had limited presence in the public life, which poetry aimed to record. They were only allowed to have a public voice in the case of the death of a kinsman or warrior. This is why the majority of women’s poems were in the genre of elegy (ritha’). In the case of slave girls, they composed in the genre of erotic love songs (ghazal), since many were involved in sexual and musical entertainment.

Despite women’s restricted social roles, women thinkers and poets did emerge. Women such as Layla al-Akhyaliyya, ‘Ai’sha al-Ba’uniyya and Wallada bint al-Mustakfi, challenged their limited poetic domain and dared to write in poetic genres of satire or praise speech, which were exclusively for men. These women need to be brought back into the Arab mind, to be seen as icons of triumphant creativity that defied the limits and inequalities of society.

Wallada bint al-Mustakfi was an Andalusian poetess and Ummayyad princess, daughter of al-Mustakfi. She was unapologetically passionate and highly educated. As a princess she was a very wealthy woman, which allowed her to set up a literary salon in the halls of the palace. According to Alison Mcmahan, “there she taught poetry and art – which was at the time considered a field for men – and she accepted women of all economic status, from nobility to slaves.” In her literary salon, she also competed with men, where her poetry was categorised by its defiance of gender roles.

The poetess never married for reasons unknown. She stayed fiercely independent even after having two (public) passionate affairs. She refused to wear the hijab and her tunics were transparent. Thus angering the local religious authorities. According to Alison Mcmahan, “it was the time of the great fitna, (rebellion) when the Berbers were rising up against the Umayyad Caliphate, and religious tension was high.” Regardless, she expressed her love and sexuality as an Arab and Muslim woman. It doesn’t make you “westernized” in doing so. It is a human experience.

The creative response of Wallada bint al-Mustkafi for being called a whore by local religious authorities and the community was to have her poems embroidered on her clothes, as an act of peaceful protest. It said:

On the left side:

I am fit for high positions by God

And I’m going my way with pride.

And on the right:

I allow my lover to touch my cheek

And bestow my kiss on him who craves it.