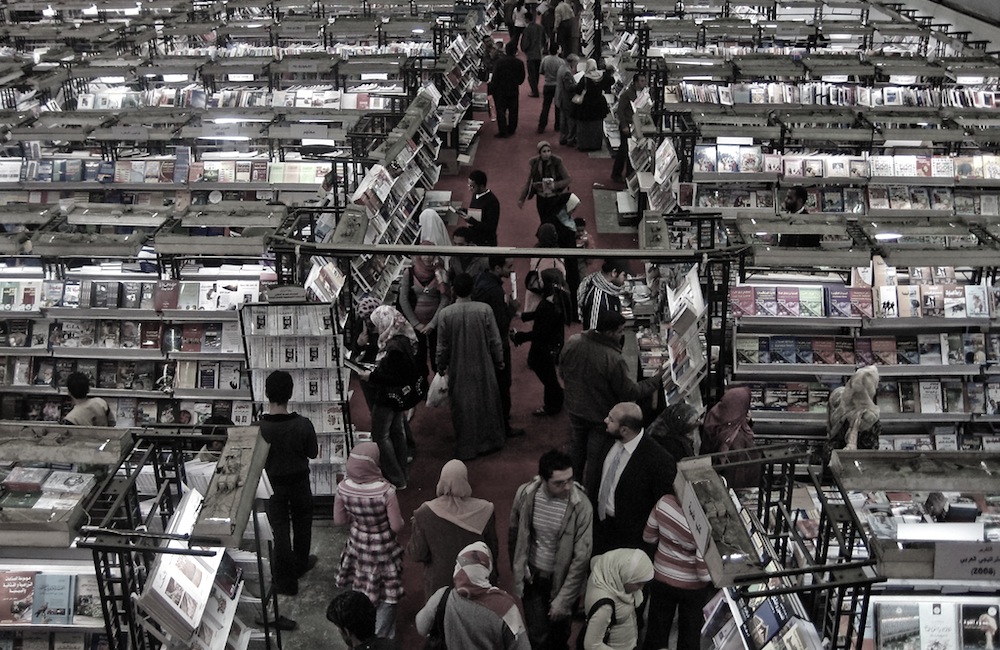 More than ever before, novels by Arab writers are reaching new audiences in the west. More of their work is being translated into English and there are also growing numbers of Arabs who choose to write in English or French.

But what are the consequences of this for writers and their readers? Does awareness of a wider (non-Arab) audience affect the way that Arab writers write? And in what ways do different audiences – not to mention publishers in different countries – have differing perceptions of their work?

These were some of the tantalising questions tackled during a panel discussion at the Shubbak festival in London on July 25.

“When I was a student,” British-Syrian writer Robin Yassin-Kassab recalled, “just about the only stuff in terms of literature that was translated and available in bookshops was Naguib Mahfouz, the Nobel prize winner, and Nawal el-Saadawi (the Egyptian feminist) … and now, when you look on Amazon, there suddenly seems to be a lot more stuff, and there are all these events – Arab arts festivals, and so on.”

The size of Shubbak’s audience – almost 200 people willing to pay for tickets – testified to the level of interest, but why should non-Arabs bother with Arabic literature? Marcia Lynx Qualey, who runs the arablit website, gave what might seem the obvious answer. Reading is freedom, she said, and reading outside her own cultural tradition exposes her not just to different points of view but to a different way of constructing literature: “Arabic literature has 1,500 years of different ways of using words.”

But not all the panellists viewed it in such idealistic terms. There’s little doubt that 9/11 and subsequent turmoil in the Middle East has stimulated western interest in Arabic literature, though not for its literary qualities but for what Iraqi poet and novelist Sinan Antoon described as “forensic interest” – reading it “as anthropology or ethnology or getting into the Arab mind”.

Antoon clearly disapproved of that, and it can certainly lead to a kind of neo-orientalism or “prurient salacious interest”, as Daniel Newman, another of the panellists, described it. But is it necessarily bad? Non-Arabic speakers can’t realistically be expected to appreciate the finer points of Arabic literature – some of its linguistic power is bound to be lost in translation – so they are likely to focus on other aspects, including what it reveals about Arab society. Some books can give them a distorted view but others may be illuminating. A book like Alaa al Aswani’s Yacoubian Building, for example, certainly makes Egypt more comprehensible to outsiders.

A more troubling question, though, is to what extent the books and authors selected for translation are representative of Arabic literature as a whole. In this context the name of Nawal el Saadawi (now aged 83) cropped up rather a lot during the discussion. In the west, Saadawi has become synonymous with Arab feminism, and for Robin Yassin Kassab the fact that almost all her books have been translated suggested that her work “fitted into a preconceived category in the western mind”.

“Does awareness of a wider (non-Arab) audience affect the way that Arab writers write?”

Antoon, on the other hand, attributed much of this sort of thing to publishers’ laziness and writers who know how to play the system:

“Nawal el-Saadawi was important to our generation when we were teenagers. The problem whenever I see Saadawi’s books or her name in a conference is that in the past 35 years there have been at least 30 courageous feminist writers and activists from the Arab world but none of them gets the time or the space. Saadawi’s views were important in the 1970s and now they are frankly quite problematic and simplistic and even ridiculous.”

“You have others – I’m not going to mention names – but there are some Arab writers, men and women, who are very smart at tapping into this market, and then they learn the circuit of all the international festivals and their books come out in English before they come out in Arabic — which is very telling. It tells you who they are writing for: they are writing specifically for an American and British audience that is receptive to these new orientalist narratives.”

While Arab writers often have to contend with censorship in their home countries and small publishing houses accustomed to print runs that by western standards are ludicrously small, where translation is concerned they also have to overcome ideological and perhaps cultural hurdles in the selection process.

Daniel Newman, who is head of the Arabic department at Durham University, detected several trends in the types of books that are being translated and published in the anglophone world:

“There is a high number of women authors, there is a great deal of political literature. There are trends, and I think publishers in general – there are of course exceptions – do try to orient themselves towards a certain impression of what Arabic literature should be …

“There are a lot of inter-connecting mechanisms supported by narratives which are often – I wouldn’t perhaps use the word sinister – but are often not clear and at least not overtly admitted to.”

Translators sometimes play a part in this selection process too, as does tokenism. Publishers may decide they ought to have a Libyan novelist on their list but then, having found one, they don’t want any more.

One result is that Arab writers lucky enough to be selection for translation can become famous in the west while remaining relatively obscure in the Middle East.

Western publishers are not the only ones to blame, according to Antoon, who complained about the “Gulfisation of Arab culture” where Gulf states – notably the UAE and Qatar – splash money around promoting books which in his view are “not necessarily the best literature that can be found in Arabic”.

Alongside Arabic literature in translation, there is now a growing body of literature created in English or French by writers of Arab origin, mostly living in the west. Some do so because they feel less comfortable writing in Arabic; others because it’s usually more lucrative.

An interesting question about this type of literature, though not one explored in detail by the panel discussion, is to what extent it can be considered as “Arab”. For instance, Marcia Lynx Qualey noted that Ahdaf Soueif “has written beautiful novels but in the English language anglophone tradition. Arabic novels come from a different tradition.”

This also leads to the question of who Arab writers think they are writing for, and how far they should go in adjusting their work to the sensitivities of different audiences. If they want to write critically about Arab society, should they worry about the risk of confirming stereotypes and popular misunderstandings?

“Arabic literature has 1,500 years of different ways of using words.”

Panellist Selma Dabbagh grappled with this problem while writing Out of It – a novel set in Gaza during the second intifada:

“There were issues in Palestinian society that were obvious, for example in-fighting between Fatah and Hamas. I didn’t know whether I could deal with it because it was such a huge issue at the time I was writing. I felt to ignore it was in a way irresponsible.”

“It’s really critical to make your characters believable. They have got to have flaws and they have got to be up against the kind of stresses and strains of the people that you know.

“There are a lot of Palestinian characters in literature who have the keffiyeh and kalashnikov and it’s a symbol of heroism which is sort of expected.

“I was trying to make them a bit more gritty and realistic and closer to the kind of heroics that I was more aware of. You can do it in different ways. If you can try to explain where they are coming from, in a way that explains the history behind the character.”

In the initial writing of the book she blocked off the idea of who might read it, during the review and editing process she consulted with others – “people that I really respected”.

Robin Yassin-Kassab said he recognised the problem but seemed less convinced of a need to be circumspect:

“There is a beautiful novel called Maps for Lost Lovers by Nadeem Aslam who is Pakistani-British, and I would recommend that everybody reads the novel as a work of literature because it is beautifully, beautifully written and characterised.

“So of course there is an issue, but we cant tell Nadeem Aslam that he’s a representative British Pakistani writer and therefore he has to write a nice version of British Pakistanis in order to educate the white population that some of them are all right. He’s writing what he wanted to write about and what was real for him, and he did it really well. I think the critique should focus on the social context. It’s not Nadeem Aslam’s fault so much as the Sun newspaper’s fault.”

That’s one debate which is likely to continue well into the future as more and more books and writers cross national and cultural boundaries.