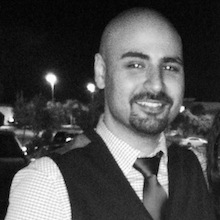 Ali Olomi looks at the nuclear deal with Iran from an angle that has largely been missing in mainstream coverage.

The nuclear deal with Iran, also known as the Joint Comprehensive Plan of Action or JCPOA, faces acrimonious debate in the United States with two opposing sides running constant public campaigns. Many of its supporters have noted how a deal with Iran will bring the country into the fold of wider global cooperation. In particular, commentators focus on Iran’s fight against ISIL and how that aligns with US interests. Iran’s influence and aid in Iraq has been invaluable and proponents of the agreement are hoping that post-deal Iran will bring stability to the conflict-ridden country.

Little attention has been paid to Iran’s influence on Central Asia and the battlefield of America’s first war in the 21st century: Afghanistan. While Iraq has been dominating the headlines in its struggle with ISIL, Iran’s role in Afghanistan is equally important. The nuclear deal with Iran can salvage US policy in Afghanistan.

After diverting attention, manpower, and money into a disastrous war with Iraq, the US’ strategy in Afghanistan has been steadily unravelling. The Taliban are entrenched in southern Afghanistan, political divisions among the elite have destabilized the country’s social fabric, rampant corruption has looted its economy, and hazardous deals with warlords and drug-dealers have made Afghanistan a haven for opium trade.

Afghanistan’s recent contentious election highlighted the political hurdles facing the war-torn country and in recent months ISIL has gained a foothold in the region. Ultimately, US strategy in Afghanistan has fallen apart and while the war has come to a supposed end, in nearly all objectives, save the killing of Osama bin Laden, the US has come short. What could have been a potentially stable and influential ally in Central Asia is a quagmire of political and military setbacks.

This is where Iran’s influence can salvage US strategy in the region.

Despite the US’ hostile relations with Iran before the diplomatic talks, the country has been invaluable in tackling the problems of the United States’ other war, Iraq. It was Iran that mobilized against ISIL while the rest of the world balked, it was Iran that bolstered the beleaguered Iraqi forces, and it was Iran that negotiated the resignation of Nouri al-Maliki to ease political tensions with Kurdish and Sunni forces. Tehran recognizes the threat of insurgency on its borders and actively counters it while expanding its influence.

An influential Iran is not a bad thing. Historically, Iran has been a stabilizing force in bordering countries. Critics of the deal rightly point to Iran’s backing of groups like Hezbollah and the Assad regime in Syria. We should remember, though, that even with connections to these groups, Iran’s influence has often been constructive. In 1996 it was Iran that pressured Hezbollah into accepting a ceasefire with Israel, bringing a bloody conflict to an end. More recently, Iran brokered a ceasefire—which has since fallen apart—between the Assad regime and Syrian rebels.

Iran has played a similar role in Afghanistan. The two countries share cultural and historical ties and Iran’s influence has been predominantly constructive.

Before the US invasion of Afghanistan was a twinkling in the eye of policy-makers in Washington, Iran was helping a coalition of forces against the Taliban. Iran lent money and arms to the Northern Alliance in their fight against the brutal regime and additionally aided besieged ethnic and religious minorities in Afghanistan.

“The nuclear deal with Iran can salvage US policy in Afghanistan.”

Iran continued to have a stabilizing effect on Afghanistan even after the US invasion. While openly critical of the American presence in the country, Iran worked to stabilize the economy and infrastructure hoping that a strong Afghanistan will precipitate the exit of foreign troops. This aid has famously been described as literal bags of cash given to former President Hamid Karzai. Iran was one of the key players in negotiating the formation of the Afghan Interim Authority in 2001 and was quick to establish formal political ties with the new government.

Afghanistan’s current president, Ashraf Ghani, is very keen on developing ties with Pakistan, but his efforts have been stymied. The US has relied heavily on Pakistan as an ally in Afghanistan, but the former’s interests in the country are murky at best. Afghanistan and the US are better served by a working relationship with Iran, who, unlike Pakistan, never recognized the Taliban as the government of Afghanistan and whose interests against the group align with the United States and Afghanistan both.

In addition to fighting the Taliban, Iran is a strategic ally against ISIL. It does not want to see the group gain a foothold in another neighboring country. ISIL is already making headway into Afghanistan and an Iran that is drawn into global cooperation could help stave off the growing influence and cut the cancer at the root.

Despite the political rhetoric and demagoguery from opponents, the United States and Iran have mutually beneficial goals in the region. We’ve seen this in Iraq and we continue to see it in Afghanistan. The nuclear deal with Iran offers the United States an opportunity to resume a professional, even if it is not always friendly, relationship with Iran. As the US military presence in the region diminishes, Afghanistan and the United States will need strong allies to help it deal with the country’s fractious political system and its ongoing conflict with insurgents.

This is where Iran is invaluable. If the deal with Iran is used to bring the country into the international fold and its constructive influence is cultivated, then Iran can become a formal and productive ally in Afghanistan. The US could coordinate with Iran to accomplish its objectives of a stable nation, free of insurgency without taking on the lion’s share of the military and economic burden.

The benefit is for Afghanistan as well. Unlike Pakistan, who in recent months has been reticent to cooperate with Afghanistan, Iran is not only willing to cooperate, but it has been for some time. Iran is both a key military and economic ally to Afghanistan. In addition to providing support in the battle against insurgents, Iran is keen to tackle Afghanistan’s drug-trade problem as its effects are bleeding over into Iran itself.

With the relief from sanctions, Iran will be free to pursue transnational construction projects that were previously put on hold. These projects, like the building of pipes and railways, will bring the region into closer cooperation and engender economic and social stability.

Stability in the region is a good thing for Afghanistan, for Iran, and the United States. It is a stability, however, that hinges upon JCPOA succeeding in Congress.