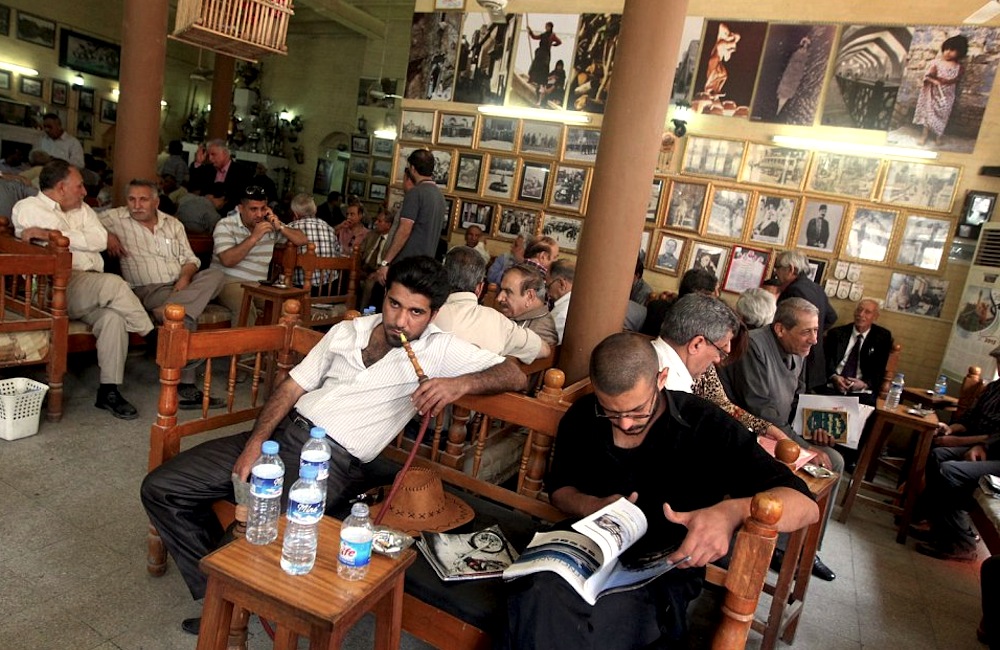 One of the more unusual, grassroots groups in Iraq today is Real Sciences. They are young Iraqis who translate scientific articles into Arabic, believing that a little more of this could combat violence.

In the midst of the conflicts that Baghdad in particular, and the rest of Iraq in general, has suffered over the years, many grassroots movements advocating positive social change have arisen. Whether they are aid campaigns or movements that lobby for certain rights, gauging their impact remains difficult. What one can be sure of though, is that activism and advocating for a civil, liberal society is ongoing in Iraq – and in some creative ways.

One of the most unique groups in this category is made up of young men and women who are fierce promoters of science as a partial answer to their community’s sectarian conflicts. The group is called Real Sciences and works together with another associated group called the Iraqi Translation Project. Both groups have their own websites and they also have popular Facebook pages – boasting over 130,000 likes altogether – and they regularly post translations of popular scientific articles on everything from why human beings enjoy running to how cavemen used their hearing to, most recently, the apparent presence of waterways on the planet Mars.

All of this may sound harmless to Westerners but in Iraq advocating rational scientific thought, or even encouraging different points of view on evolutionary theory, can be a dangerous pastime.

Hayan al-Khayat, a 25-year-old law graduate who has his own TV show where he invites experts to clarify common legal questions on subjects like divorce and company and media law, is one of the Real Sciences group’s founders and a key member. He recently published a book, Science For All, the title being an homage to the 80s TV program with the same name that was such a big hit in Iraq. The first print run disappeared from local book stores within three months and demand remains high. The book is a compilation of 25 of the Iraqi translators’ best pieces about science.

“I receive personal threats regularly because we don’t tolerate those who claim they can work miracles and who use this to gain power and money,” al-Khayat says. “Our society has a tendency to believe in these things, especially when they come with religious references. We will continue our efforts – although every now and then, I personally tone it down or stop writing when I feel as though the threats are legitimate.”

The group’s translators often venture into fields not common among local Arabic readers such as the subject of evolutionary psychology. They also often cross red lines when topics touch on creationism versus Darwin’s theory of evolution. One member has translated many important books by authors like British philosopher A.C. Grayling, US particle physicist and religious sceptic Victor Stenger, and US historian and noted atheist Richard Carrier. But he cannot be credited for his translations because he would be in danger; he uses an alias.

“Our movement has impacted even the conservative societies in the most conservative cities,” he told this reporter when asked about the Real Sciences group’s impact beyond social media. “And we always receive recognition and gratitude notes – but not publicly.”

The group was formed in 2012 because the members’ passion for science was not being fulfilled by the local market. The Iraqi book market predominantly sells religious books, which often promote hatred and sectarianism, books about Communism and old pan-Arab style books with nationalistic leanings. There are not many science books or magazines available at Mutanabi Street, Baghdad’s famous street of book sellers, which pretty much represents what is available in Iraq; if you can’t find it on Mutanabi Street, you won’t find it elsewhere in Iraq.

With the occasional exception, the scientific magazines and books for sale on Mutanabi Street were either very scarce or mostly outdated. In 2011 the Real Sciences group was formed, with less than five people at that stage. In 2013, some of the group members with a better command of English started the Iraqi Translation Project, volunteering to translate important scientific materials and promoting scientific breakthroughs via social media. Today the two groups work in parallel even though they no longer share members and are independent of one another.

In September 2013, a few members from the two groups got together with other civil society activists they had met on Mutanabi Street, long a home to Baghdad’s intellectuals, and started an initiative called “I am Iraqi, I read”.

Members of the Real Sciences group and the Iraqi Translation group helped immensely with the preparation of this populist initiative, volunteering not only their time and effort but also their personal libraries, only to find themselves sidelined by other members of the group later on.

Security threats are the main problem hindering the group’s progress on the ground today, says Atheel Fawzi, one of the Real Sciences group’s Baghdad-based founders. In fact, many of the group members have left the country over the years even while their presence on social media is still very strong.

“While the group’s members were effective contributors at many independent and government-sponsored conferences and events, the fear of personal prosecution and the exodus of many of our valuable friends in the group were what stopped us from organizing ourselves into a registered NGO,” Fawzi explains.

The Real Sciences group are continuously labelled as “an atheist group that targets religion and values”. But al-Khayat and Fawzi dispute this, saying they don’t have any prejudice against local religion. What they are opposed to is anything unscientific. As proof that they don’t discriminate, they reference their recent campaign against a speaker appearing at TedX Baghdad in mid-September as an example. The speaker in question was an Iraqi academic who believes in parapsychology and the Real Sciences group was opposed to his presence for this reason.

“TedX is a secular event by all means,” explains al-Khayat. “We are not targeting a specific religion or sect, we are against all kinds of pseudoscience.”

The stir the group created on social media led TedX organisers to reconsider their choice of that particular speaker.

“The brave translators are not afraid of taboos,” says Atheer al-Attar, a graduate of Louisiana State University in the US, resident in Basra and a frequent contributor to the Real Sciences group. “Not because they want to fight religion, they simply advocate for the truth, and nothing but the truth. They even mock the National Geographic channel, dubbed into Arabic, and their regional magazine because the Arabic version regularly censors some scientific facts so they become more politically correct for the Middle East.”

Al-Attar recently translated a children’s science book into Arabic and he is currently trying to find someone who will help him fund its printing.

The book aims to “educate new generations and familiarize them with basic scientific principles in a fun way,” al-Attar explains. He’s had some interest from potential funders but they have tended to withdraw once they see the subject matter. “They apologize and say they’re concerned,” Al-Attar explains, quoting the potential local funders he had met, “they worry that the book might promote ‘unfamiliar ideologies’.”

This piece originally appeared on Niqash.