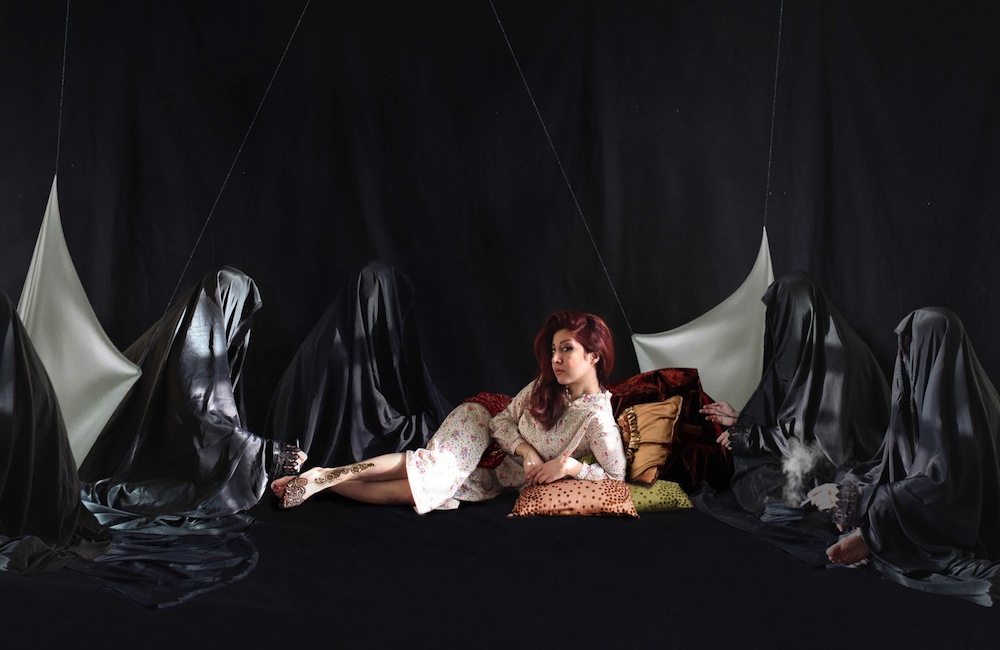 Sara Niroobakhsh illustrates with artistry the ongoing conflict between the desires and ambitions of Iranian women.

Originally from southern Iran, Sara Niroobakhsh is a Toronto-based visual artist. Holding a Master’s degree in Illustration from Art University in Tehran, she has been working as a painter, photographer, and video artist since 2008.

Sara’s works explore the relationship between ancient cultures, semiotics, monuments, and memories, and are heavily influenced by both Iranian (i.e. Aryan) and Semitic imagery and traditions. Her dark, ambient portraits tell not only of her story as an Iranian woman, but also of the experiences of Iranian women in general.

Exposing her hopes and dreams before the camera as both a ‘reciter of memories’ and an eyewitness, Sara illustrates with artistry the ongoing conflict between the desires and ambitions of Iranian women stripped of agency in a man’s world, and the often dull, mundane, stifling, and lackluster realities they face throughout their daily lives – and which they have to accustom themselves to, often against their will.

Sara has exhibited her works in galleries in Tehran, as well as around the Middle East and in Europe.