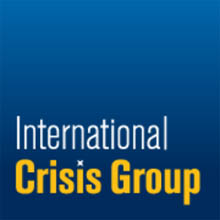 Algeria is emerging as an indispensable broker of stability in North Africa and the Sahel. Where insecurity, foreign meddling and polarisation are on the rise across the region, it has at key moments promoted dialogue and state-building as the best means for lifting neighbours out of crisis, thus to safeguard its own long-term security, writes International Crisis Group in a new report.

What some call Algeria’s “return” to regional politics after a long absence since its “black-­decade” civil war in the 1990s has been positive in many respects: its approach of promoting inclusion and compromise to stabilise its neighbours, driven by enlightened self-interest, presents an opportunity for an international system that has struggled to tackle the challenges engendered by the Arab uprisings. Yet, its ambitions have self-imposed limits. A moribund domestic political scene – a regime riven by factionalism and uncertainty over who might succeed an ailing President Abdelaziz Bouteflika – cast a fog over the political horizon. Relations with other powers with clout in the region, notably Morocco and France, have room for improvement.

After more than a decade of prioritising relations with the U.S. and European Union (EU), Algeria is recalibrating its foreign policy. Foreign Minister Ramtane Lamamra, a widely respected career diplomat and Africanist, has reinvigorated diplomacy toward the continent and its environs, demonstrating his country’s desire to be an anchor for a troubled neighbourhood, although without jettisoning close engagement with the U.S. and Europe. This has been in part a necessary response to unprecedented turmoil on its frontiers. Along much of the eastern and southern parts of its 6,500km land border, Algeria has to contend with greatly weakened states and jihadi threats. The Arab uprisings and Malian crisis and their aftermath have turned Libya, Tunisia and Mali, as well as the wider Sahel region, into cross-border security risks for the first time. The January 2013 jihadi attack on a natural gas complex in Ain Amenas was ample evidence of this.

Since the 2011 regional upheaval, Algeria has played important – at times crucial – roles in the political and security crises of three of its neighbours. In Libya, it has backed UN negotiations and conducted its own discreet diplomacy since mid-2014 to reconcile warring factions. In Mali, it has hosted and brokered talks between the government and northern rebel factions, both to stabilise the country and to prevent northern secessionism. In Tunisia, it has been a quiet but critical backer of the consensus between Islamists and secularists that has been the source of stability there since 2014. In these cases, Lamamra and other senior officials have championed political solutions to polarisation, social unrest and armed conflict. Given the scarcity of actors capable of and willing to play a constructive role in the region – especially in the Sahel, perhaps the world’s largest, at least partly, ungoverned space – this is very positive.

Nonetheless, there are constraints on the aspiration for a prominent regional role. These start with domestic politics, where the regime has shown less flexibility. Fears abound that Bouteflika’s eventual succession could usher in intra-elite competition and popular unrest. Calls to prepare a managed political opening have been rebuffed, prompting some in the opposition to accuse the president and his entourage of rigidity and stagnation. A constant backdrop to these concerns is that the regional context will make an already delicate transition riskier, as the attention of the military and intelligence institutions, which have an outsize role in domestic politics and governance, is directed beyond the borders. Deteriorating regional security also affects domestic politics, since it is one of several battlegrounds in the unprecedented public divisions between the presidency and a powerful “deep state” centred on the military intelligence services.

Inversely, domestic politics and its glacial pace of change impede any attempt to adapt foreign policy doctrine (and corresponding military doctrine) to changing times. Traditionally focused on state-to-state relations, Algeria has begun, and must continue, to buttress its traditional diplomatic relationships with ties to the region’s multiplying non-state actors. Long influential in African affairs but relatively marginal in the Arab world, it should engage Gulf states that are increasingly assertive in North Africa and make its case to them through persuasion and not just express pique. Relations with France, the former colonial power, and neighbour Morocco are riven with often unnecessary tensions and rivalries, hostage to a history of which most Algerians have no living memory.

The country would be well served by resolving or at least decreasing these tensions whenever possible. A generational leadership change underway in its politics as well as its institutions offers an opportunity to do so, provided there are understanding counterparts. Particularly at a time of heightened regional insecurity and ideological polarisation, greater Algerian engagement as a pragmatic broker of stability and political compromise in the Maghreb’s and Sahel’s conflicts should be welcomed.