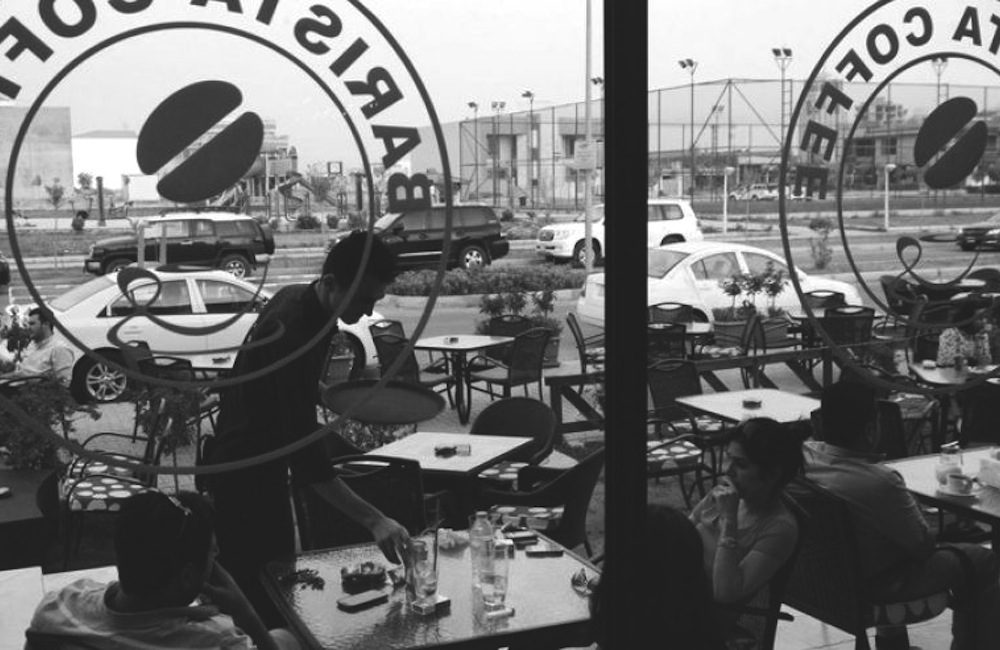 Aras Ahmed Mhamad on how the Kurdish spirit is being undermined by widespread nepotism and corruption.

The success stories of the semi-autonomous Kurdistan region of Iraq after the overthrowing of Saddam Hussein in 2003 by the US and the coalition forces have astonished the western community and the international media, leading them to describe the region as the “paradise” of the Middle East, the “Other Iraq” and “Iraq’s Best Hope”.

What has mesmerized the west even more is the fact that no single American or coalition forces soldier was killed in the Kurdistan region since operation “Iraqi Freedom.” What’s more, the defeat of the Iraqi army in June 2014 at the hands of the Islamic State of Iraq and Sham (ISIS/ISIL/IS) in Mosul and its subsequent withdrawals from the Sunni dominated areas have shocked the US officials, only to find out that the most effective forces on the ground are the Kurdish peshmerga and that “defeating and ultimately destroying” ISIS is impossible without the support of the Kurds.

Moreover, upon the collapse of the Baath regime, the attentive security forces of the Kurdistan Regional Government (KRG) and the untouched natural revenues have driven giant companies like ExxonMobil and Chevron to come to the region to extract and export energy resources to the international market. Due to the strong dissident peshmerga in the mountains and the internal opposition and resistance of the Kurdish population in the KR (Kurdistan region) areas since the very first discoveries of oil in the 1920s, the successive Iraqi regimes could not search for energy revenues and allow oil companies to operate in Kurdistan. The rich and undiscovered nature of Kurdistan in fact is why the companies have rushed to the region to feed the west’s massive greedy machines.

The western leaders chase for oil in KR, their companies’ benefits and their shares of profit in oil determine stability and constitutional legitimacy and not elections. Democracy works as long as it protects the interests of the politicians and rulers who provide petroleum and gasoline to the great superpowers and the global market.

The 1991 popular uprising of the Kurdish people defeated the mercenary, spy organs of the Baath regime, and thrashed its hegemonic military presence in every corner, home and street, but the Baath mentality is still functioning. The uprising was a huge blow to the arrogant, self-centered personality of Saddam Hussein and his followers as it was the first victory of its kind for the Kurdish people and for the Kurdish liberation movement throughout the recent history of Kurdish struggle. It helped the Kurds to declare autonomy, conduct elections and establish the first Kurdish parliament in the Kurdistan region of Iraq. It was the locals and ordinary citizens who made the uprising possible and not the party leaders as some of them were residing in Europe and the US.

However, the parliament was under an unprecedented hegemony of Barzani’s Kurdistan Democratic Party and Talabani’s Patriotic Union of Kurdistan until the 2009 general election where the Movement for Change (Gorran) emerged as the biggest opposition party in the region with 25 seats. The KR has never seen a practical unified autonomous region and the elections throughout the years have, as some parties claim, seen numerous frauds and irregularities in a way where the PUK has been the main and only force in Sulaymaniyah and the KDP the only main force in Arbil (Hawler) and Duhok. There has never been an exchange of power in the notorious green and yellow zones and it is publically known by the people of the region that KDP officials cannot even employ a person in a government office in PUK zone; likewise, the PUK officials have almost zero influence in Hawler and Duhok.

Nevertheless, the public discontent has grown and the 2009 general elections have shown a historical upheaval and this opened doors to huge changes in the Kurdish society in terms of quantity and not quality as KDP and PUK still have their own military forces and borders. After all these years, there are still violations of universal human rights, gender inequality, squandering of public wealth and suppressing any form of dissident that would affect their grab on power and throne.

The Kurdish government has not collapsed yet; but it has disintegrated and stopped to function properly. This can be seen on a daily basis via the deeply rooted hatred that the government officials and political party leaders and their representatives and members are presenting towards each other and the society and that has manifested in their shadow media and social network sites.

The un-constitutional Kurdish establishment of the KRG since the declaration of self-governance in 1992 is one of the reasons as to why the two notorious zones has not practically unified. Kurdish parliament until Gorran’s participation in 2009, and the judicial body like all the Kurdish governmental sectors, has failed to address the calamities of the Baath regime; it has failed to tackle and solve the psychological, intellectual, political, educational and economic malfunction of the Kurdish society. Worst of all, the judicial body and the justice system have failed to bring some of the perpetrators and campaigners of the Black Anfal to court.

Because of the unfair distribution of wealth and money, because of the fact that political leaders and party-oriented people have monopolized all the posts of all Ministries, because of the distrust the political party leaders have sewn in the past period, and finally because secretaries, Kurdish parties and KRG officials have failed to invest internally and butchered homegrown thoughts and hopes of the Kurdish population, they no longer belong to the soil of Kurdistan.

Governmental posts are given to those that are heavily engaged in carrying out party orders and party ideology has replaced rule of law and the scientific skills of individuals. This is a process where those who have been given posts are only appointed to whiten the dirty hands of the politicians who are stealing what is underneath and is in the sky.

Corruption and favoritism has rotted the spirit of pursing knowledge and fair administration in the Kurdistan region. Administratively, it is almost impossible to carry out a daily routine job in governmental institutions without backhander. To transfer a student, for example, from one school to another, the parents are forced to resort to ‘wasta’, nepotism and clout; let alone if the parents want their children to get into a good school. If a teacher wanted to transfer from one school to another, s/he has to prove that he is a member of a certain political party, especially KDP and PUK. To get a driving license, to get a passport, to establish a cement factory, to get permission to establish an organization, to get permission to build a private stadium and so on and so forth, one has to resort to wasta, or be either a party member or share the profits of the project with a certain politician.

Wasta has not only become part of culture and mentality but it has also became something like ‘Sunnah’ and sometimes mandatory.

Kurdish government has failed to create reliable politicians and the new generation has almost lost their faith in politics as Kurdish politicians have become businessmen and oil smugglers.

The new wave of Kurdish migration is solid proof of what the politicians have brought upon the population over the past period as the sense of belonging and feelings of attachment to land have waned.

When posts are distributed according to party ideology and not professionalism, people’s reputation will be broken easily and respect for employees will decline automatically. When officeholders become slaves of certain political parties, administrative failure is unavoidable and the government body deteriorates.

KRG has failed to provide salaries to the civil servants on time and the salaries have been delayed for four months since February 2013 when the central government suspended the Kurdish share of the national budget due to the disagreement of exporting oil to Turkey and the international market. For that reason, demonstrations and boycotts from October 1 to October 20 were held in Sulaymaniyah province and its towns; as a result, the demonstrators demanded the KDP to stop its political punishment of the people and burned a few KDP offices. The KDP accused Gorran for encouraging the demonstrators to attack KDP offices but Gorran has rejected the accusations.

Consequently, the KDP forces banned the speaker of the Kurdistan parliament, Dr. Yousif Mohammed, from entering Hawler in October 2015, which is a clear violation of the democratic principles and the results of the general elections. Masoud Barzani has not stepped down after his two tenures are over and even two years of extension in 2013 with the help of the PUK, which is a violation of the draft of constitution of 2005 and Article 19 of 2013 – both articles are signed by Barzani. Nechirvan Barzani, deputy of KDP and KRG prime minister illegitimately fired four ministers from the so-called broad-based government and replaced them by KDP members, that move in itself harms the only legitimate government body of KRG because ministers must be appointed and sacked by the parliament. KDP shut down KNN and NRT TV offices in Hawler and Dohuk, arrested their reporters for a while, and released them under the condition they do not return to Hawler and Duhok, which is an obvious clamp down on freedom of press and freedom of movement.

The Kurds took advantage of the 1991 uprising to initiate self-governance with the support of the US and the UK who imposed a no-fly zone in 1991. The Kurds appreciated the US initiative to stop the civil war between the KDP and the PUK by forcing them to sign the 1998 Washington Agreement. The US and some European countries helped the peshmerga in the fight against ISIS by providing military equipment and advisors and the peshmerga did not disappoint them. But Kurdish admiration for the US will change if Washington turns a blind eye on the violations and political chaos.

As the people’s dissatisfaction against the ruling elite grew, the 2013 parliamentary elections showed the eagerness of the population to embrace a new party. Gorran became the second biggest party as the PUK slipped into third spot. However, Kurdistan will no longer be the region’s only success story, even if the peshmerga wins the fight against ISIS with the support of the international community, if the avant-gardes and oligarchs remain in power.