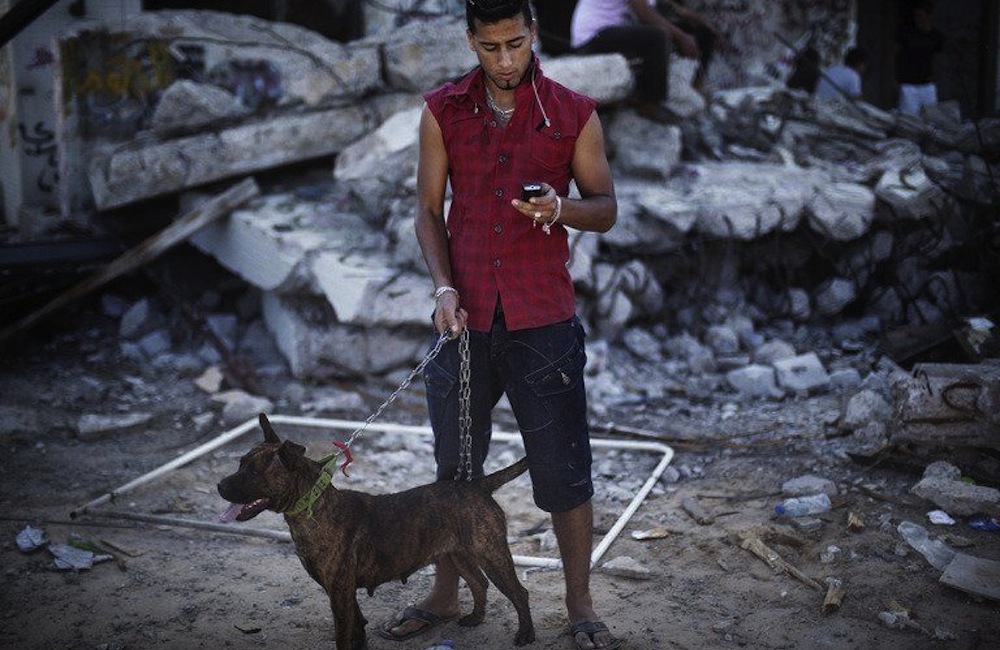 No one appears to be winning in Libya’s violent revolutionary aftermath. The media and the civilian population seem to be clear losers though.

The August 2014 Libya Dawn coalition takeover of Tripoli marked an escalation of post-revolutionary conflict in Libya. It also marked the beginning of an increasing polarisation of the country’s media. Now, more than a year later, the political turbulence and armed conflict has reached a stalemate and led to a power equilibrium where no single group seems able to gain complete control. Attempts to achieve compromise between conflicting parties have been marred by remarkable failure and the inability to reach a political solution that could end the violence is also holding back the development of the media sector alongside many other aspects of Libyan society.

The political deadlock has been particularly evident in the UN-brokered peace-talks lead by Bernadine Leon. Most recently, the conflicting parties were to agree in October on the formation of a unity government intended as the political alternative to the current rival governments, the General National Congress (GNC) in Tripoli and the House of Representatives (HoR) in Tobruk. That failed when the two rivalling governments both rejected the UN-brokered proposal despite proclaiming dialogue as the only way forward.

Recently, leaked emails linking Leon to one of the proxy interests in Libya, the United Arab Emirates, has further undermined the credibility of the UNSMIL-lead negotiations. Leon has since been replaced by Martin Kobler, a veteran German diplomat who has been with UN missions in Congo, Iraq, and Afghanistan. Time will tell whether Kobler will be able to restore any credibility related to the organ representing the international community.

With the prospects of an internationally initiated solution slowly evaporating, local solutions are growing increasingly appealing.

Opposition to a national state

A functioning state plays a central role in the establishment and solidification of a free and solid media sector in terms of guaranteeing security, formulating regulations, and providing the conditions for a functioning judicial system that operates independently from the state. One of the main challenges to overcome in developing a state in Libya is related to the vast number of militias present there. Many of them remain on the state’s payroll which means they have little incentive to hand over power to a state apparatus and a national army claiming a monopoly on violence.

Another group opposing the establishment of a state are the criminal opportunists who benefit from the ongoing chaos to undertake different kinds of trafficking: drugs, arms, and last but not least, people. The same groups have no interest in having their activities exposed by the media. Activities in war and trafficking are best kept under the radar.

Local struggles at the heart of the conflict

At the heart of the national conflict is a number of local conflicts, which often follow from regional, ethnic, tribal, and political divisions. Divisions that were suppressed under the Qaddafi regime. It is difficult to imagine that trust can be established and divisions overcome as part of political solution as long the clashes continue. At the same time, the clashes are unlikely to come to an end without a political solution. A textbook catch-22.

Wolfram Lacher, a Middle East and North Africa researcher with the German Institute for International and Security Affairs, points out the Libyan conflict is more complex than the seemingly national, binary conflicts: Islamists versus moderates, Dawn versus Dignity or GNC versus HoR. Although these are the main coalitions, they are fragile and by no means uniform. This means the path to national reconciliation is paved with many local bumps along the way.

Tripoli remains the main hub for media activity in Libya. However following the Libya Dawn takeover of Tripoli in August 2014, some media outlets were either shut down or moved out of the country. This includes Al-Assema, a TV station previously in Tripoli and Libya International TV, which operated out of Jordan until it was shut down in October 2015 because of financial difficulties. Also the TV station Libya Awalan, which was operating from Cairo, was shut down in October.

In Benghazi, the ongoing battle between the contested General Haftar’s Operation Dignity and groups under the umbrella of the Revolutionary Shura Council of Benghazi, including for example Ansar al-Sharia, continues with seemingly no end in sight. The ongoing battle makes it incredibly difficult for any media to develop in Libya’s second largest city — a city that saw an mushrooming of new media outlets in the early days of the 2011 uprising and in its immediate aftermath. Only a few  radio stations and newspapers have resumed operating in Benghazi and only one TV-station is back in operation, Benghazi Broadcasting Network (BBN).

Like elsewhere, the presence of Islamic State also makes for devastation and headlines in Libya. Its initial presence in Derna in the east and subsequently in Sirte after it was driven out of Derna in June 2015 by the Abu Salim Brigade, an al-Qaeda affiliated group, makes it almost impossible for media to operate there. At the moment, the only radio station in Sirte is al-Tawheed. It is controlled by Islamic State.

Misrata, about 200 kilometers east of the capital, has been spared from most of the ongoing violence. Here, a relatively stable selection of about ten radios stations, a couple of newspapers and two TV stations have been in operation Misrata since the aftermath of the uprisings in 2011.

Much of the south has been affected by decreasing standards of living and growing levels of unemployment. The south-western region of Fezzan has been marred by the ongoing ethnic conflict between the Tebu and the Tuareq, particularly in the towns of Ubari and Ghat. These clashes are also influencing the development of  media in the region with local media outlets primarily made up of radio stations as they are cheaper to operate and are not dependent on access to printing facilities or paper. In the town of Sebha, there are currently five radios operating, one newspaper, and one TV station.

For the media, the conflicts, local and national, are resulting in at least two tendencies: firstly, an increasing polarisation in both public and private media and secondly, that media outlets close or are forced into exile. The general lack of security creates a situation where it is too dangerous to operate without militia affiliation and the protection it brings with it. This also applies to the media and news reporting in particular where critical reporting often will come at too high a cost for journalists, who are attacked on an ongoing basis.

Four years after the overthrow and death of Colonel Muammar Qaddafi, Libya’s prospects are looking bleak. The only way out seems at the moment to be for the major stakeholders to pick up the pieces of whatever is left of the national dialogue process and work towards a compromise to establish a unified government. In the meantime, the media and the country’s civilian population are struggling to survive.