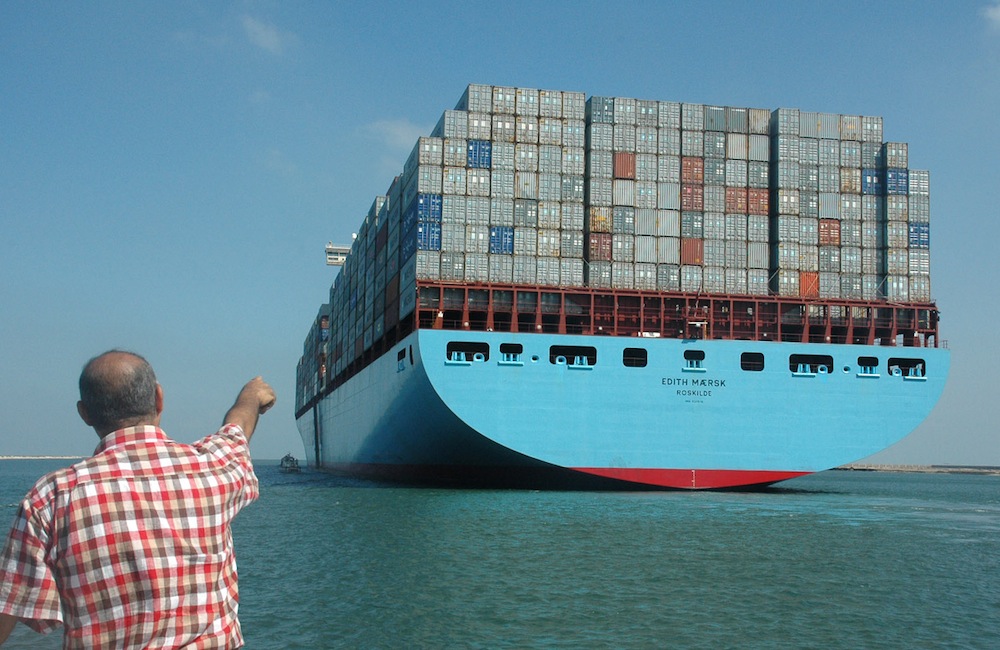 "The economic dependency of the MENA countries on their Western trading partners illuminates the on-going neo-colonial relationship," Onat Kibaroglu and Karim Ibrahim write.

In April 2015, Egypt unilaterally cancelled a comprehensive Free Trade Agreement with Turkey, regarding cross border Ro-Ro and transit land transportation signed in 2012. The Free Trade Agreement was established to bypass the main on-land commercial Syrian transportation route blocked off by the Syrian Civil War to reach the Arabian Peninsula. The ties between both countries have been strained since the Egyptian military coup toppled the first democratically elected president of Egypt, Mohammed Morsi in 2013. Turkish President Erdogan repeatedly described the new Egyptian leader as ‘tyrant’ and ‘illegitimate’. The bilateral trade between the two nations is set to suffer seriously, with projections of significant decline in the coming years.

Unlike their recent relations, Istanbul and Cairo have historically shared tremendous wealth by exchanging a plethora of goods and knowledge: spices, clothes, jewellery, technology, ideas, and languages through the Silk Road until the European Age of Exploration. The newly discovered Atlantic routes diminished the value of the cross-Eurasian trade and the West gained strength through the colonisation of the Global South. Today, both cities’ past glory is reflected in their rich cultural and historical heritage. Yet, the economic significance of both metropolises is reduced to a domestic scale.

As a bridge between the African and Asian continents, Egypt has the potential to be a significant actor in world trade, especially due to the Suez Canal, which serves as a critical short cut in international commerce. To the north, its Mediterranean neighbour Turkey is at the crossroads between Europe and Asia, with the recently boosted hopes of becoming a significant player in the modern Silk Road led by China.

Egypt and Turkey boast the largest populations in the Middle East and their bilateral relations go back centuries. Nonetheless, their economic ties are quite weak, reflected in a mere $4,1 billion bilateral trade volume (2014), a fraction of both countries’ total international trade volume. Besides, 65% of the total trade volume of Turkey is conducted with non-Middle Eastern countries. Egypt has a similar figure of 56%. It’s clear that instead of their immediate neighbours, countries such as Germany, France and Britain are the main trading partners of both countries.

This is intriguing, as many theories in international economics suggest that any given country conducts most of its trade with its neighbours and the amount of trade between two regions are proportionate to their distance. To what extent is this unusual economic pattern representative of the entire MENA region?

According to the WTO data, intra-regional trade within the Middle East is a staggeringly weak 10%, making it the lowest in the world. Asian nations, for example, conduct around 55% of their trade within their own continent. Simply put, MENA nations do not trade with each other at all while the rest of the world’s continents, except for Africa, have developed significantly high intraregional commercial relationships through trade blocs and unions.

Take the prominent members of OPEC, for example; 78% of Saudi Arabia’s total trade volume is conducted with non-Middle Eastern countries. It is 76% for Kuwait and 66% for Oman. North African countries are no different; 76% for Morocco, 74% for Tunisia with an exceptional 85% for Algeria. The main trading partners of North African countries are unsurprisingly their former colonial powers, which form the contemporary European Union, reaching an average of around 60% of their trade.

As sustainable trade requires political stability, the unending wars and conflicts that engulf the Middle East and North Africa dent any hope for a regional trade bloc. OPEC, the region’s major collective commercial entity, acts more as a political lobby than true cross border trade impetus. It must also be noted that the export commodities of most Middle Eastern countries are predominantly either oil or natural gas. Most importantly they lack economic diversification — industrial, consumer and high added-value products — to sell to each other and the world. Taiwan for example, can sell smartphones to Thailand in exchange for rice; but a lot of major Middle Eastern economies are not diversified and depend completely on fossil fuels for exports.

The economic dependency of the MENA countries on their Western trading partners illuminates the on-going neo-colonial relationship. The post-Ottoman order carved-up by Britain and France during WWI seems to remain vigorously in place despite all the independent countries founded in the region during the 20th Century. But is this the destiny of all regions in the world that were once colonised?

ASEAN, the Association of South East Asian Nations, founded in 1967 with the objective of promoting trade in the war-torn region that had long suffered from colonisation, is a textbook example of how a successful trade bloc can sustain regional peace and economic development. Today the organization prides itself in being referred to as “The ASEAN way” which favours consensus over confrontation and non-interventionist conflict resolution.

Immediately after its creation, the region’s dynamic economic growth during the 1970s strengthened the organization. Such cohesion enabled ASEAN to adopt a unified response to Vietnam’s invasion of Cambodia in 1979.  ASEAN’s first summit meeting in 1976 resulted in agreements on several industrial projects and cross-border trade incentives. The end of the Cold War allowed South East Asian countries to exercise greater political independence and in the 1990s ASEAN emerged as a leading and more importantly a unified voice on regional trade and security issues.

Today eight of the top ten trading partners of ASEAN are Asian nations, accounting for almost 75% of the total trade volume. Clearly the South East Asian region has broken the neo-colonial cycle and enjoys the benefits of intra-regional trade with sustained peace and economic growth.

Montesquieu’s words resonate: “Peace is the natural effect of trade. Two nations who traffic with each other become reciprocally dependent; for if one has an interest in buying, the other has an interest in selling; and thus their union is founded on their mutual necessities”. These words take on further significance when trade is conducted between countries with close historic, cultural and linguistic ties. Nations who trade with each other become increasingly dependent and become much more reluctant to burn the bridges in bilateral ties that will potentially harm their own economies.

The inability of two major powers in the region, Egypt and Turkey, to cooperate is a stark illustration of the perpetual regional decline. It is intriguing to ask whether so much tension would remain unsolved in the Middle East if there was a collective effort to form a lucrative platform like the ASEAN. A regional trade bloc that sustains mutual dialogue may seem unattainable today, yet cooperation in South East Asia in the 1960s was never a straightforward endeavour.