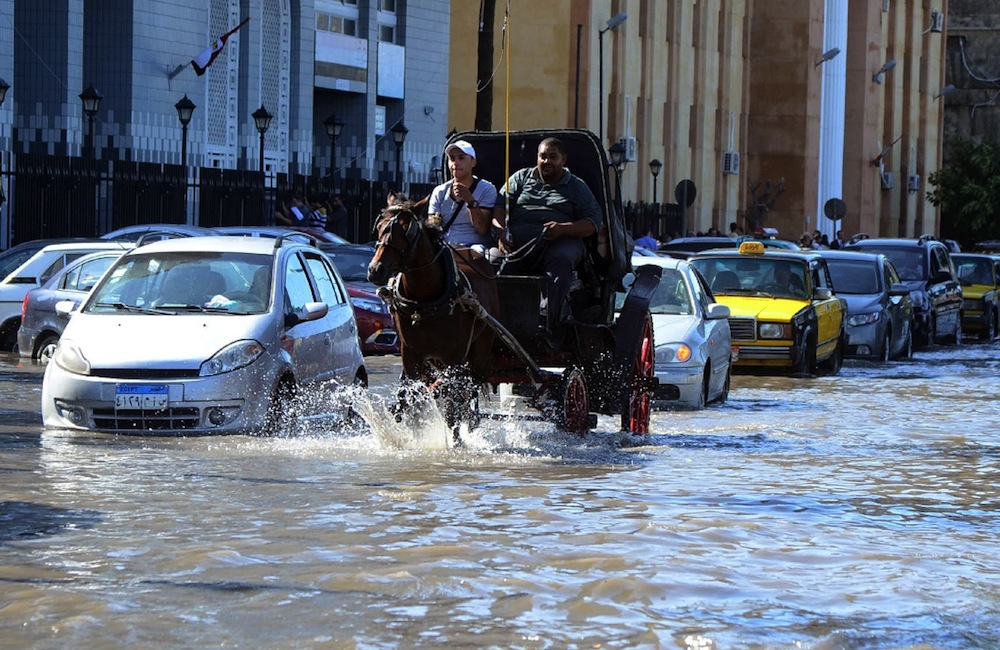 "When it comes to climate change the Middle East is part of the problem and will definitely be affected by it," Dr. Lina Eklund writes just as global leaders gather in Paris for the climate summit.

The 21st Conference of Parties, or the “2015 United Nations Climate Change Conference”, has begun in Paris. The purpose of this conference is to develop a binding agreement on climate change that involves all nations in the world. More specifically the goal is to reduce greenhouse gas (GHG) emissions to a level that will keep the world’s mean temperature below a 2°C increase compared to the pre-industrial period.

The commitments of the MENA countries

161 countries have so far declared that they will contribute in the struggle against climate change by submitting so called “Intended Nationally Determined Contributions” (INDC) to the UN Framework Convention on Climate Change (UNFCCC). A majority of the MENA countries have submitted their INDCs, with varying levels of commitment. The strongest reduction offer comes from Israel, which has pledged to reduce its emissions to 26% below 2005 levels by 2030. Lebanon offers an unconditional reduction of 15% compared to business as usual, but states that it could increase it to 30% with adequate international support. Turkey offers to reduce GHG emissions by up to 21% by 2030, but presents no lower target. Iran states that they will reduce its emissions by 4%, and have a conditional reduction of 8%.

The Gulf countries of Saudi Arabia, United Arab Emirates, Qatar, and Bahrain set no specific emission reduction targets, but instead promise to develop their renewable energy sectors and diversify their economies. Saudi Arabia states that their commitment to the global reduction of GHGs is dependent on its continued oil exports and that the socio-economic consequences of international climate policies will not threaten to disproportionally burden the country’s economy. Saudi Arabia has previously been reported to block efforts to move towards stricter warming goals and has repeatedly emphasized oil and gas as part of the solution to climate change.

The MENA’s Contribution to Climate Change

Turkey, Iran and Saudi Arabia belong to the group of 58 countries in the world that accounts for 90% of global energy-related CO2 emissions. Germanwatch has developed the Climate Change Performance Index (CCPI) to evaluate and compare the climate policies among these 58 countries. The 2015 assessment shows that none of the MENA countries belong to the top ten emitters. However, Saudi Arabia has the overall lowest CCPI score and has, just like Turkey and Iran, a “very poor” rating.

Saudi Arabia, Iran, Iraq and the United Arab Emirates belong to the top ten oil exporting countries in the world. Petroleum accounts for about 92.5% of Saudi Arabia’s government budget and 55% of GDP. In Iraq’s economy, oil represents nearly all of the foreign exchange earnings and two thirds of GDP. Many of the states in the Middle East are so called “rentier states”. This refers to states that take a large share of their revenues from national resources, as opposed to taxes, which means that the state is not dependent on its citizens. These states often provide citizens with various services, such as food subsidies or free health care and education.

Serious international efforts to move away from fossil fuels would reduce oil exports from oil dependent economies, which might affect these states’ abilities to provide important services for their populations. A parallel can be drawn to when Iraq was sanctioned by the international community for its invasion of Kuwait in 1990. Iraq had been able to provide the population with imported food at subsidized prices for decades, thanks to its oil revenues. The UN sanctions included a trade embargo which meant that oil exports were cut off and even though there was no embargo on importing food products, Iraq’s economic capacity to import food was severely affected. This situation led to severe food insecurity and widespread malnutrition among large parts of the Iraqi population.

How will the Middle East be affected by climate change?

Climate change in the Middle East will according to model predictions lead to an overall drying of the climate, causing for example changes to major river systems and food production. The amount of agricultural land in need of irrigation is expected to increase and since the dry season will be overall longer, grazing lands for livestock will decrease. A recent study reported that the Gulf area might become uninhabitable by the end of the 21st century if we fail to reduce emissions. The extreme temperatures we see today in the region would be occurring normally, and temperatures of 60°C would be common during extreme years. Drought frequency is expected to increase and a recent severe drought in the Fertile Crescent has been reported to be one potential cause of the uprisings in Syria in 2011, which leads to new questions about the role of climate change in conflicts.

Many countries in the Middle East that have the economic means to take up the fight against climate change also have strong economic interests in maintaining a global economy based on fossil fuels. We are therefore seeing the largest emission reduction commitments from countries that are less dependent on oil. Global and regional food security are issues that we know will be affected by climate change, and this is also important to consider when imagining a post-fossil fuels world; How will rentier economies be able to provide food security to their people unless they diversify their economies?

When it comes to climate change the Middle East is part of the problem and will definitely be affected by it. Let’s just hope that it will also be part of the solution.

ALSO READ The late, halfhearted awakening on water in the Gulf