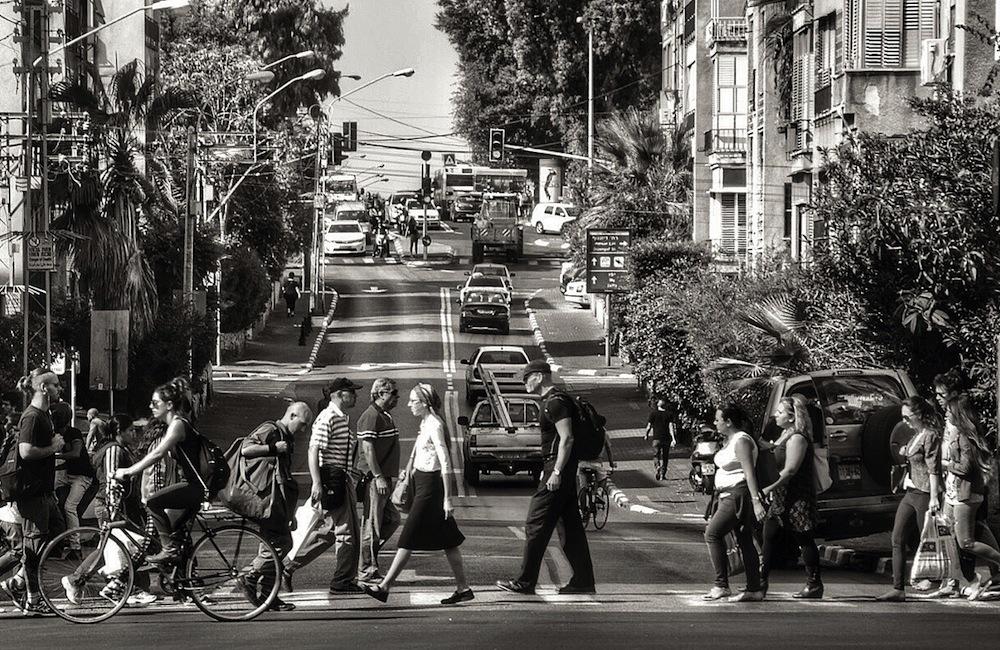 An energy boom and its high-tech achievements as the vaunted “start-up nation” notwithstanding, Israel is seeing more and more of its children living in poverty.

Figures released by the country’s National Insurance Institute showed that the poor in Israel became poorer in 2014 and the extent of poverty in working families grew.

The findings put Israel’s poverty levels at the second highest among OECD nations, with only Mexico’s being worse. Israel was also second-highest for the rate of poverty among children, behind Turkey.

“Israel needs to allocate $18 billion to lower poverty in the country to average OECD levels,” said Welfare and Social Services Minister Haim Katz after release of the report Wednesday.

The number of Israeli families below the poverty line rose from 18.6 percent to 18.8 percent, reaching a total of 1,709,300 families. This is equal to one in five Israeli citizens, with an astounding one third of all children living in poverty.

The insurance institute’s guidelines define poverty as any person whose income is less than $792 a month, $1268 for a couple.

A five-member family earning less than $2377 a month is also considered poor.

The increase may seem incremental but solidifies a nearly decade long trend roughly matching the tenure of Prime Minister Netanyahu and the neo-liberal economic policies pursued by his Likud Party.

Even dual income households can’t always escape being poor. Last year, they represented 5.6 percent of poor families, a figure that has risen over the past decade from 2 percent.

“Netanyahu’s concept of trickledown is not working and inequality has been increasing because the cost of living, especially since housing and food prices, have skyrocketed,” said the respected economist and Labor Party Knesset member Manuel Trajtenberg.

The National Insurance Institute said the hardest hit among low-income households were the working poor, whose income after discounting for inflation actually declined.

Finance Minister Moshe Kahlon said Wednesday he had directed Israel’s treasury to increase negative-income tax payments to encourage people to work and reduce the upswing of poverty among wage-earners.

Israel’s high cost of living has led to public protests over the lack of affordable housing and resentment that food prices sometimes double those in European countries such as Germany.

Economists point to import barriers including protectionist tariffs and requirements to certify products as kosher as the cause of high prices.

The Taub Center for Social Policy Studies in Jerusalem says the top demand food items – meat, breads and grains, fresh fruits and vegetables, dairy products and beverages – have the lowest proportion of imports.

The result: the highest prices for the products consumed most by families.

A recent survey by the poverty reduction NGO “Latet” found that ten percent of the population receiving income and nutrition assistance are still forced to look for food in garbage bins, begging or eating discarded food scraps.

Among those suffering from food insecurity are 45,000 elderly Holocaust survivors who live below the poverty line.

Forty percent of parents enrolled in social welfare programs had to do without medication or medical treatment for their children this year, and 25 percent of the children from those families went to bed hungry at least several times per month according to the “Latet” survey.

“Are we concerned about the future of Israeli society or just keeping the country’s borders?” asked Eran Weintraub, “Latet” Executive Director.

“We have to decide what is more important: military security or socio-economic security,” Weintraub added.

While ultra-religious Jews and Israeli Arabs are the subgroups exhibiting the highest poverty rates in the country, most of the nation’s 1.7 million poor are neither Arab nor ultra-Orthodox.

Among ultra-Orthodox families, the number of children is generally large and workplace participation among male heads of household traditionally relatively low, 54.3 percent of these  families were classified as poor last year, despite gains in the adult male employment rate.

“Prime Minister Netanyahu has said that minus the Arabs and the ultra-religious Jews, our economic situation is great.  There must be an alternative to that attitude and that reality,” said Ayman Odeh chairman of the United Arab List, Israel’s third largest political party.

Bezalel Smotrich, a Knesset member from the Jewish Home Party, a Netanyahu coalition partner, poured skepticism on the report.

“These findings are exaggerated, I have five kids and I don’t think two of them are poor,” quipped Smotrich.

“The data about the Israeli Arab population should be taken with a grain of salt since it is unclear how much of their income is properly disclosed to the authorities.”