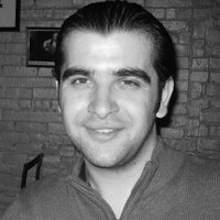 International politics is more often than not a conflict of interests. Actors that have diverse interests, concerns and objectives come together, if possible, to balance those interests and cooperate; but they still try to undermine each other behind the scenes. This is why the realist theory of international politics, which argues that states are self-interested and power-oriented actors living in a self-help world, never dies; even though some experts occasionally claim it is in its grave, as happened at the end of the Cold War. We may dream of cooperation and a win-win world after all the brutalities – genocides, world wars, cold war – of the twentieth century, but we should not avoid the fact that states’ main objective is always to win on their own terms.

The Islamic State of Iraq and al-Sham (ISIS) has quite starkly reminded the world of this reality once more. We imagine that its horrific and ferocious violence – beheadings, burning captives alive, throwing people off of buildings – and targeting of all the people who they view as against their conception of the caliphate – Shias, Sunnis, Christians, Jews, secularists, homosexuals, etc. – as well as the fact that their terrorist acts are not limited to within certain borders – Ankara, Paris, even in the skies when they shoot commercial planes – should be enough to provide a certain level of cooperation between states. Yet, the reach and strength of the organization, and it’s terrorizing of a confused and depressed Muslim population all around the world, has grown over time because while almost all international actors agree that ISIS must be stopped, they want to win the “war” on their own terms.

Let’s start with the European Union (EU) and the United States. For the European states, winning against ISIS doesn’t even have a military implication. The main objective for these states, especially for the smaller ones, is to protect their demographic and social characteristics by preventing the refugees from flowing into their borders. From Hungary to Poland and Germany to Greece, accepting even a limited number of refugees has caused tension among the political factions. And to stop the refugee flow, they are willing to do anything that contradicts with their principles.

Since the 1990s, Western states have been critical of Turkey’s governments because of the latter’s human rights violations and military operations against the Kurds. Today, when the Kurdish conflict is renewed and many journalists have been imprisoned, we hear very few critical voices from the European states; in fact, the EU promised Ankara a big financial package and future visa-free travel in exchange for keeping the refugees in Turkey.

For the United States, on the other hand, the ISIS threat is nothing but a reminder of the Iraq nightmare and the main objective is not to repeat the same mistake: having thousands of troops in the Middle East. After years of war in Afghanistan and Iraq, Americans are sick of the conflicts in the Middle East and they don’t feel that the problems in that region are their responsibility anymore. The Obama administration wants to contain ISIS so that the latter cannot physically threaten the United States or its interests in the region, but does not think that these objectives require boots on the ground. In short, for the Western states, winning against ISIS means stopping the refugee flow and containing the radicals within the borders of Iraq and Syria.

For Putin’s Russia, winning against ISIS means something very different: regaining great-power status. Embarrassed by its military performance during the 2008 Georgia War and the political results of the Ukrainian conflict, the Syrian conflict was seen by Moscow as a new chance to prove its military and political power. For this purpose, Russia increased its military presence in Syria – though without boots on the ground – while telling the world that when Russia is around it is difficult to oust its friends, including Assad, from power. Encouraged by the passivity of the United States and EU, Russia did not even refrain from challenging its regional friends such as Turkey, which, as explained below, has yet another conception of winning. When Turkey, a second-rate power, confronted Moscow by downing a Russian jet, Putin simply cut all its ties with an economic partner for the sake of its re-claimed great power status. For Russia, another meaning of winning in Syria is to kill its own Islamists beyond its borders. For this purpose, Russian security forces have reportedly been involved in serious human rights violations in Russia’s Dagestan region, causing many of the Muslims there to flee to Syria and join ISIS. This strategy simply strengthens the terrorists. In short, for Russia, fighting in Syria is not really about ISIS, it is about the national interest, most importantly its great-power status.

Another status-seeker in the region is Turkey and it also has a different conception of winning. Since Erdogan’s Justice and Development Party (AKP) came to power in 2002, the Turkish government has sought to revive its Ottoman past, particularly in the region comprising the empire’s lands in its golden years. Laid down theoretically by the current Prime Minister Ahmet Davutoglu’s book, Strategic Depth, the AKP gave itself a mission of becoming a prominent cultural, economic and political power in these lands, especially in the Middle East, on peaceful terms. Called “zero problems with neighbors,” this policy failed when Ankara could not solve its own traditional problems – Cyprus, Armenia – and found itself in crises with several neighbors – Iraq, Israel, Syria – while the region passed through a turbulent time first in the Arab spring and then with ISIS violence. As a result, Ankara decided to use its hard power by challenging the Assad regime in Syria. The Turkish government’s understanding of winning in Syria became to establish a friendly government in Damascus while preventing the Syrian Kurds from becoming a dominant power in Syria’s future.  This objective has not changed even after ISIS killed several Turks, first in Suruc and then in Ankara, in recent months. For the Turkish government, the fight against ISIS should be combined with the fight against the Assad regime and the armed Kurdish groups. Cooperating with the latter against ISIS is not an option. Therefore, winning for Ankara means to be a regional power while keeping the Kurds in check.

What about other regional powers? For the Arab states in the Gulf, especially Saudi Arabia, and also for Israel, winning is mainly about preventing Iran from strengthening itself in the middle of regional chaos. Their leaders are fully aware that Tehran benefited from the anarchy left by the 2003 Iraq War as it was able to increase its power in the region, and they are afraid that the chaos created by ISIS would end with the same result. In their mindset, cooperation between Iran and the United States against ISIS is more troublesome than the ISIS threat as long as the latter is confined to Iraq and Syria.

For Tehran, winning means keeping Assad in power without alienating the United States, and its interests in the nuclear deal. That is why their voices are less heard in the debate while Russia carries the main burden for the Syrian regime. And Israeli politicians believe that they will win as long as their borders are not under threat. In addition to preventing Iran from increasing its power, their main objective is simply to equate ISIS terrorism with Palestinian attacks to give themselves more leeway, internationally, to violently deal with the Palestinians. None of these countries really targets ISIS terrorism, but instead works to keep each other in check.

Realists argue that cooperation between states is more likely in economic and cultural arenas than in military ones. They see states as self-interested actors living in a self-help world, and in military affairs states prioritize their selfish national interests rather than common good. Isn’t this exactly what we see when we analyze the state policies against ISIS? It is true that everybody wants to win in Syria, but on their own terms, and these terms do not necessarily consider ISIS to be the main evil. No wonder with all our combined military capabilities, we are not triumphant against ISIS, and, instead, they are gaining more sympathizers with each passing day. And it is no surprise that in the middle of chaos and anarchy, the realist theory of international politics has been resurrected from its post-Cold War metaphorical grave.