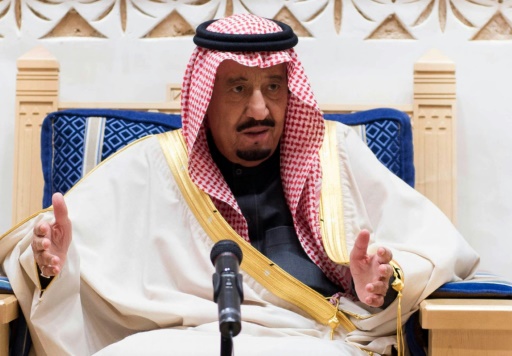 Saudi King Salman on Wednesday said he has ordered economic reforms to diversify sources of income and reduce high dependence on oil following a sharp drop in crude prices.

“Our vision for economic reform is to increase the efficiency of public spending, utilise economic resources and boost returns from state investment,” he said in an address to the Shura Council.

“I have directed the Council of Economic and Development Affairs to devise the necessary plans, policies and programmes to achieve that,” he told the consultative body, without elaborating.

Oil income accounts for more than 90 percent of public revenues in Saudi Arabia.

The world’s largest oil exporter, Saudi Arabia is facing an unprecedented budget crunch as the price of oil has dropped by more than 60 percent since mid-2014.

At midday Wednesday, benchmark Brent North Sea crude for delivery in February stood at $36.50 a barrel, hovering just above an 11-year low.

The king said Saudi Arabia carried out a large number of mega infrastructure projects and boosted its fiscal reserves in the past several years when oil prices were high.

The size of the fiscal buffers has enabled the kingdom to overcome the consequences from the sharp decline in oil revenues, said the king, adding that development projects have not been affected by the drop.

Saudi Arabia is projected to post a record budget deficit of around $130 billion for this year, the International Monetary Fund says.

The IMF has advised Riyadh to implement reforms, including expanding non-oil revenues, warning that failure to do so would deplete its foreign reserves.

The kingdom, which has been pumping around 10.4 million barrels a day, has withdrawn funds from its foreign reserves and also issued bonds to finance the budget deficit.

At the end of October, its reserves fell to $644 billion from $732 billion at the end of last year.

The finance ministry has issued bonds worth $20 billion for the domestic market.