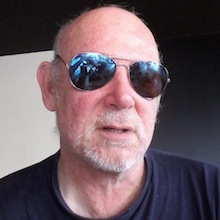 So the West is ‘’at war’’ again with terrorism. After the attacks in Paris, a number of Western countries decided to intensify the bombing of ISIS. Here are 10 arguments why they shouldn’t, and instead should focus on a strangely overlooked entity in Syria, called “civilians”.

1. See things from the prime victims’ perspective and you get a very different picture. Germany and Sweden aside, Western countries have offered Syrians only a limited safe haven. Worse, the West has failed to protect the Syrian population, since this would entail a military intervention deemed far too risky – an argument that apparently became less relevant after an attack on European soil. There is no deep psychological insight required to understand that this has aggravated quite a few Syrians. The Assad regime has killed approximately seven times more people than ISIS – which gave ISIS the chance to garner support and grow. So Assad, not ISIS, should logically be the main target of any bombing, as far as most Syrians are concerned.

2.The perpetrators of the attacks in Paris were inspired by the ideology of ISIS, but the attacks were not planned in Raqqa, the capital of the so-called Islamic State. Bombing Raqqa, with civilian deaths as a consequence, therefore is the worst response imaginable. It is mere symbolic politics – and blood-stained symbolic politics at that. What effect will it have on a military level? Probably none. Will it strengthen ISIS ideologically? That seems quite likely.

3.Whoever decides to generate military escalation, however limited, should have a precise goal in mind and a clear strategy. Once initiated, a military machine is difficult to stop. In his recent speech to the American people, President Obama was very vague: he vowed to destroy “ISIL”, but also promised not to deploy ground troops. The danger of assuming that ISIS can be defeated with such limited tactics is that the bombing will continue long after it has proved to be useless: to stop would be an admission of failure the American military may feel it can’t afford.

4. Bombs destroy objects and bodies, but do not conquer territory. A war is never won from the air: damages to military capacity of the opponent also tend to be quickly repaired. Air support makes sense if it is to bolster a coherent ground offensive by a strong, motivated party. That is what is lacking in Syria, with the exception of the Kurds. Obama thinks the deployment of special forces and the arming and training of “moderate” rebels will suffice. Many experts disagree.

5. Ever since the end of the Gulf War in 1991, the US have bombed the Greater Middle East:  to protect no-fly zones in northern and southern Iraq, to overthrow the regime of Saddam Hussein, to fight al-Qaida and the Taliban in Afghanistan and Pakistan, and to help the Libyan rebels against Gaddafi. This has not led to stability. On the contrary, bombings and drone attacks have caused political chaos and numerous innocent deaths. The human rights organisation “Reprieve” reported last year that 1147 civilians died in attempts to liquidate 41 terrorists – an intolerable statistic.

6. To be sure, this military approach does have winners, but most of us would not sympathize with them. They are: a) Islamic extremists, who capitalise on drone-driven hatred against the US and their allies; b) the Pentagon, the army and the intelligence agencies with their ever-growing number of private contractors; c) the arms industry. All this at the expense of the old established craft of diplomacy, necessary to achieve peace. The truth is that western warfare has become an opaque but extremely profitable public-private industry, more or less disengaged from real threats and public control. So military action by the US and its allies has not only proved to be ineffective over the past 25 years: it has also undermined the international legal order.

7. Like more clashes that started as civil wars, this one has grown into a complicated, geopolitical conflict, with many interfering parties pursuing different interests and objectives. This lack of unity among parties that are supposed to cooperate to resolve the Syrian conflict can – and does – have disastrous consequences for Syrian civilians. For example, it looks like Russia’s objective is to defend Assad rather than to weaken ISIS. The result: bombs on ISIS (Western countries), bombs on enemies of Assad not belonging to ISIS (Russia), and Assad being the real winner.

8. Prolonged bombings also have a catastrophic impact on the environment and public health. In the nineties, depleted uranium in American and British explosives led to a six-fold increase of leukaemia in Iraq.

9. War is a last resort and should be accompanied by an alternative: negotiation. With ISIS, such logic does not apply. Its demands are non-negotiable, its ideology, which for instance condones slavery, is unacceptable. Nor do the absolutists of ISIS even want to negotiate. They want to die heroically and go to heaven, so whoever enters the arena to act against them obeys their logic. Powers who choose to directly fight them must realise that by doing so they reinforce ISIS’ ideology of permanent struggle and its ability to find new recruits. And why would Western countries want to fight ISIS in the first place, seeing that this movement poses no real military threat to them? In strict miltary terms, ISIS remains a small group with no ballistic missiles, no air force, no navy, let alone nuclear weapons. Fighting ISIS should therefore primarily be done by local actors, it is first and foremost their responsibility. For the West, ISIS and related movements are an issue of public safety and have to be tackled mainly by security services and the police. This may sound selfish, but ISIS ultimately can only be defeated if regional sectarian differences are resolved. Outside interference in this delicate field, whether well-intentioned or not, will always backfire.

10. Whoever chooses to bomb ISIS is confusing cause and effect. The civil war started because of the violent response by the regime to peaceful protests. The regime is the first aggressor and gave ISIS legitimacy. ISIS in turn provides Assad with legitimacy, due to its extremist character. So bombing ISIS amounts to doing Assad a favour and will not eradicate extremism.

Marcel Shewaro, an activist from Aleppo, once told me: “Wanna bomb ISIS? Fine. But don’t forget the one who started it all. If you bomb ISIS and leave Assad alone, sooner or later you will get a new ISIS. Bomb Assad, and you’ll undermine the legitimacy of ISIS: two birds with one stone. Please understand that ISIS is a movement that cannot exist without fighting, without front lines, it is belligerent by nature. What is the use of the evil it does, once it is no longer counterbalanced by another evil?”

This leaves the question of what the West can do.

I could list the usual recommendations (and I will), like improving assistance of refugees in the region by investing in humanitarian aid, education, employment and so on; creating safe passages, not by bombing but by soliciting the cooperation of various militias, whenever and wherever possible; putting more weight behind finding a regional political solution, if not in fragmented Syria, then in Iraq, by exerting real pressure on the largely Shiite government to stop marginalising the Sunni minority – and conversely making clear to Sunni political leaders that the days of Saddam Hussein and Sunni dominance are truly over; pursuing a generous refugee policy, because the influx of refugees into Europe is direct anti-propaganda for ISIS: it wants to see an influx in the opposite direction, towards the caliphate – not a flight from it; improving the standing of the West in the Middle East so as to take the wind out of the sails of Islamic extremism, by trying to establish peace between Israel and the Palestinians for the umpteenth time.

But what is most important of all is to give all out support to civil society and its activists in Syria. Because it’s really all about them. It’s not about armed groups, warring parties and the greater and lesser powers orbiting around them. It’s about civilians. Supporting them is (apparently) not sexy, not easy at all, does not generate big profits, is not very visible, must be handled discretely, does not involve quick fixes or yield short-term results. But it’s simply the right thing to do. Both the Assad regime and ISIS clearly regard civilians as their biggest enemies, considering the violence expressly used against them. Which shouldn’t surprise us. After all, civilians represent: Humanity.

Thanks to Vanessa Lambrecht and Faïrouz Ben Salah for their input.