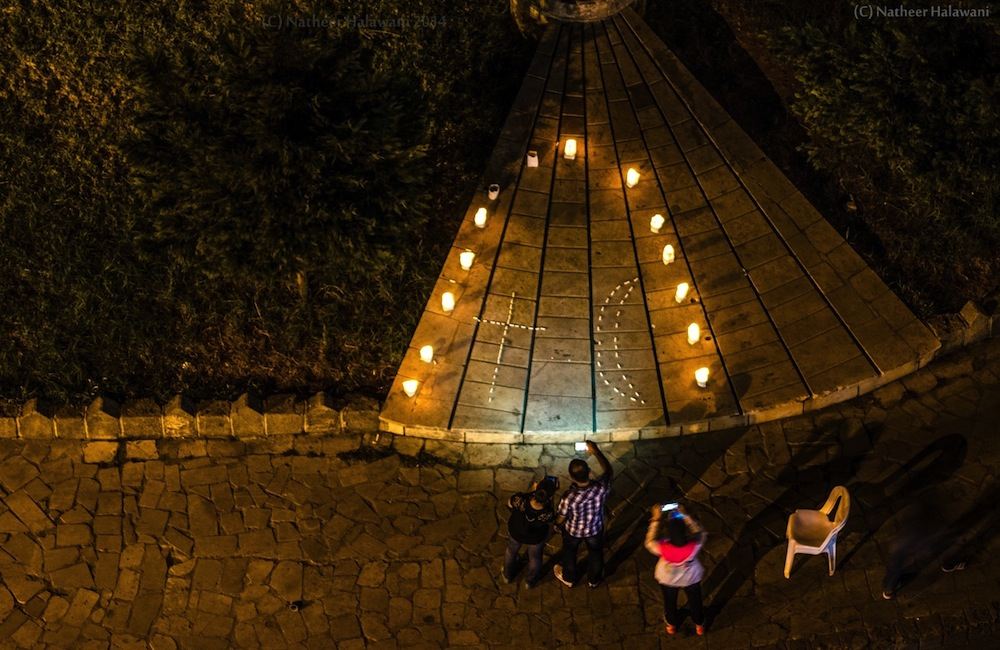 We caught up with Lebanon's only female pastor to learn more about her struggle to keep the Middle East a land of diversity.

Torn between extremism and persecution, the number of Christians in the Middle East is falling dramatically. The figures have even dropped in Lebanon, their customary safe haven and the one country where Christians hold a considerable portion of political power. According to a statistic published in the Harvard Journal of Middle Eastern Politics and Policy, Christians in Lebanon today have a share of approximately 32% of the population. This is a sharp decline from the 62.5% share that Christians enjoyed in 1970.

Most Christians in Lebanon are of the Maronite faith, a branch of the Catholic church. Protestant Christians constitute a minority within a minority in Lebanon. In Tripoli, the northern capital of Lebanon, the Evangelical church tries to hold up the flag as good as it can in a city that is overwhelmingly made of Sunni Muslims. I talked to Rola Sleiman, the pastor of the Evangelical church, and asked her how her church is able to survive in a 21st century marked by sectarian tensions and communal violence.

“We as Evangelicals have been famous for promoting education,” Rola said. “Our school in Tripoli has a 140 years old history and is a witness for our evangelical ethics and values: we teach our students to accept others as they are and educate them on freedom of thought and how to have a critical thinking.”

“How well is your church integrated in Tripoli’s society?” I wanted to know from Rola, with whom I communicated via email.

“We are a natural part of Tripoli’s society and we mingle easily,” Rola replied. “Our values are the values of all Tripoli residents, regardless of their faith: hospitality, helping the needy, generosity and close family bonds. Our role as church members is to live a true Christian life, being a model for the truth and goodness of God and his acceptance of everyone.”

Rola Sleiman was born in Tripoli and was educated at the Near East School of Theology in Beirut. When in 2007 the pastor of Tripoli’s Evangelical Church left Lebanon to live abroad, the community turned to her and appointed her as the new pastor. In her role, Rola is quite an exception. She is the only female pastor in Lebanon and probably in the entire Middle East. Rola Sleiman is in charge of all affairs of the church and can perform the same tasks as any ordained priest, save for the sacraments of baptism and communion.

Christians in the Middle East have a difficult time just to keep their churches going, considering the many hurdles, the wars and the demographic shift. There is not much room to develop the Christian communities, either in numbers or spiritually. The motto is “playing it safe and holding your ground.”

“In such a situation where thousands of Christians try to immigrate to the West in search of a better life, the goals often get limited to simply surviving,” Rola said. “However in our church, I now want to particularly focus on the children; they are few but they will be our future.”

“I learned,” Rola went on, “that my job as a pastor is to plant the seeds and then let God water and grow. I believe that God is with us and will not forsake his church.”

Rola Sleiman is well aware that the refugees immigrating from the Middle East to Europe are the topic of many discussions in European countries, and even more so after the terrorist attacks in Paris on November 13. It is a discussion between security and charity, meandering from Islamophobia to ‘we can do this’ and back to the fear of losing “our” wealth and the cultural supremacy in a Europe anticipated to be run over and occupied by refugees from Syria, Iraq and Afghanistan. What is Rola Sleiman’s take on these discussions, as a Lebanese, as a woman of faith and as a neighbor of Syria?

The motto is “playing it safe and holding your ground.”

“I believe that this is a clear issue of humanity and we cannot blind ourselves to the needs and the cries for help of these people,” she answered. “What concerns me most is the immigration of Syrian Christians to the West. Many churches have been emptied and their leaders have fled during the war. Christianity was born in the East and the East should remain a land of diversity.”

In the Western public opinion and in political circles terrorism is often equated with Islam, not least by American presidential candidate Donald Trump. In a recent speech to German police officers, French professor Olivier Roy presented a more nuanced view. “While Jihadi terrorists certainly experience their struggle as religiously motivated,” Roy said, “there is no theological dimension to it. To better understand the phenomenon, ‘religiosity’ not theology is the key.”

“I think that the terrorist movements are political movements with a religious cover,” Rola told me when I asked her about her perspective on Jihadi terrorism, adding that she is not an expert on Islam. “They have nothing to do with theology and religion. Most of my friends are moderate Muslims and they think that terrorism and fanatic Islam threatens them more than anybody else and disfigures Islam as a religion.”

I told Rola that I always get uncomfortable when I hear the term “moderate Muslim” because I am never sure what it means. “Wouldn’t we better say ‘a Muslim’”, I asked Rola, “because it seems normal to me that people respect human rights and refrain from violence even if violence, as a means to an end, is suggested in some parts of the Quran?”

Rola’s answer made perfect sense. “What I meant with moderate Islam,” she explained, “are the Muslims with whom we live in Tripoli: our friends, our colleagues, our neighbors. They are people who practice all the Islamic duties, however they respect me as a Christian. They protected our house when we had to leave it during the civil war, they shared with me the cruelty and the destruction of the war, they believe in the democracy of Lebanon and greet me every Sunday with respect and warmth. These Muslims are the majority of Islam and they are very upset about all the distortions that is happening to their religion.”

In times of hate only love can save our souls. Father Jacques Mourad, a priest of the Syriac Catholic church, and head of the Mar Elian monastery near Palmyra, was abducted on May 21, 2015 by Islamic State fighters and held hostage for almost five months. On several occasions during his captivity he was threatened with decapitation. In October he was released and later was able to reach Beirut. In an interview with the Lebanese newspaper L’Orient-Le Jour, Father Mourad said that many prayers – for him and for those who had persecuted him – have helped him to overcome his ordeal and that he only feels compassion for his kidnappers.

I was much impressed when I read Father Mourad’s statements. This priest almost seemed superhuman to me. “What do the concepts of compassion and praying for those who persecute you mean for you, the pastor of the Evangelical church in Tripoli?” I asked Rola Sleiman.

“Compassion and praying for those who persecute us are not only mere concepts to me,” Rola answered, “they are the core of my belief and of Christianity itself. We as Christians look to Jesus as a role model. During Jesus’ life that is what he did: he planted love where there was hate, he gave mercy to those who were persecuted and he prayed for forgiveness for those who crucified him.”

“Father Mourad acted as a true Christian,” Rola continued. “It is in situations like this that we must demonstrate our true being; it is in a corrupt world like ours that we need to show our true Christians values, love and mercy.”

But what will this never-ending sequence of wars do to the people of the Middle East? Violence breads violence and hate stirs more hate. It will take many brave initiatives to break the vicious cycle. What solutions can the Christian church offer, I wanted to know from Rola. South Africa has quite successfully dealt with its history of apartheid by installing the Truth and Reconciliation Commission, led by Archbishop Desmond Tutu. Could reconciliation work in the Middle East as well?

“Absolutely,” she replied, “reconciliation is very essential when nations experience wars and conflicts. To me, reconciliation presupposes forgiveness, one of the fundamental Christian values. If we forgive someone, the next step should be reconciliation.”

“In other words,” Rola concluded her argument, “reconciliation is forgiveness in action!”

Christmas is always a time when believers in the Christian faith particularly turn to their religion and to the pastors and priests who function as an intermediary between God and their respective communities. “What will be your message to your community in Tripoli in this year’s Christmas mass?” was my last question for Rola Sleiman before we finished the interview.

Her answer was no surprise. “The message will be related to the persecution and the crises that we are experiencing,” she said. “I may preach a theme like ‘a light shining from a poor manger’, focusing on the hope that Jesus, with his modest birth, gave to the needy, the poor and the persecuted people. With God there is always hope, the end is always triumphal, and salvation is provided through a baby who came from a humble family.”

As I have written before, what keeps our societies from capsizing, in Europe and in the Middle East, is our own collective sanity. A sanity that is nurtured by people like Rola Sleiman who through her faith in Christian values has found a way to deal with extremism and violence that are part of her world and are potentially threatening the small community of Lebanese Protestants that she is leading. A sanity that is nurtured by other people as well, with other religions, or with no religion at all, but with the knowledge and a firm trust in the good core of humankind. As long as these people exist there is hope. And as long as there is hope, peace is possible.