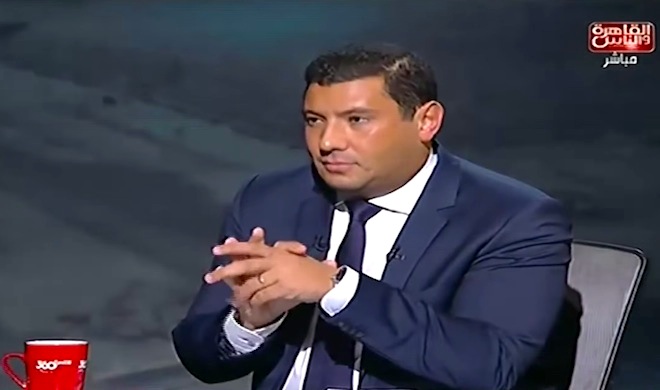 An Egyptian court has sentenced the Islamic scholar and theologian Islam Al-Buhairi to one year in prison for blasphemy. Al-Buhairi was accused of insulting Islam in his TV show “With Islam Al-Buhairi” on the Al-Qahira wa Al-Nas channel. Al-Buhairi questioned the “Islamic heritage”, which angered the Al-Azhar scholarship.

The sentence against Al-Buhairi was softened from five years to one year. Al-Buhairi’s lawyer Jamil Saad told AFP: “Islam Al-Buhairi didn’t insult religions because the pillars of Islam are the Quran, Allah and the Day of Judgment and he didn’t come close to these circles at all.”

Engaged in a demonstration of Egyptian liberal intellectuals against the conviction of Al-Buhairi, Sheikh Muhammad Abdullah Nasr said: “Blasphemy is a fascist law. It is a legacy of the Spanish inquisition courts.”

But what did Al-Buhairi really do?

According to Al-Buhairi, the followers of the prophet Muhammad are the ones who were born or converted to Islam after the demise of the Prophet Muhammad.

“The followers (of the prophet) have no sanctity. They were men and we are men,” said Al-Buhairi referring to the need of scrutinizing the hadith collections of Mohammad Al-Bukhari and Muslim Al-Hajjaj, Persian Islamic scholars who lived in the ninth century.

Al-Buhairi called for examining the interpretations of other men. He also demanded from Islamic scholars to stop taking Islamic sources for granted because they sometimes contain discriminatory, violence-inciting and illogical arguments.

“They had opinions which we would never be able to imagine. This is what we inherited.

“All the bloodiness, killing, sectarianism, backwardness and extremism we are living have jurisprudential basis and are not related to the manuscript,” Al-Buhairi explained.

Furthermore, Al-Buhairi accused the Grand Imam of Al-Azhar Sheikh Ahmed Al-Tayeb of doing nothing to reform traditional curriculum of Al-Azhar and to limit the Muslim Brotherhood’s influence in Al-Azhar. Fatwas (Islamic rulings) of Al-Azhar, Al-Buhairi claims, don’t cope with contemporary developments and ways of life followed by the Egyptian citizens.

While Al-Azhar refused to call ISIS militants infidels (Kafer) claiming not to have the right to call Muslims infidels no matter what their sins were, Al-Azhar initiated court proceedings against Al-Buhairi. Consequently, Al-Azhar committee, on behalf of Ahmed Al-Tayeb, filed a case against Al-Buhari in April 2015 for “calling the precepts of religion in question and inciting a communal strife among Muslims.”

Media Centre of Al-Azhar told Egypt Independent in 2015 that Al-Azhar’s position rejects Al-Buhairi’s views describing him as abnormal and deliberately undermining the imams and scholars of Islam. Al-Buhairi, according to Al-Azhar scholarship, is ignorant or unaware of the great Islamic heritage, which has enriched the Islamic library and even the world.

The Egyptian hardline Salafist Abu Ishaq Al-Huwaini described Al-Buhairi last year as an ignorant person, who thinks “Christians are not infidels”. The Salafi Muhammad Hassan said: “Throughout history, those who fought against Allah and his messenger have never succeeded.”

It is noteworthy that after hundreds of years as an independent institution, Al-Azhar was nationalized in 1961 by former President Jamal Abdel Nasser. Since that time, Al-Azhar has become inseparable from the government. It has become the official institution to oversee cultural and educational materials related to the Islamic faith.

In a speech to Al-Azhar scholars on 1 January 2015, Abdulfattah Al-Sisi said: “We are in need of a religious revolution (…) That thinking — I am not saying “religion” but “thinking” — that corpus of texts and ideas that we have sacralised over the years, to the point that departing from them has become almost impossible, is antagonizing the entire world.”

Al-Buhairi’s statements can be seen as a part of a campaign to renew the Islamic discourse initiated by Al-Sisi upon his presidential win in 2014. Controversially, Al-Sisi needs Al-Azhar, which is responsible for the content of sermons in more than 140,000 mosques across Egypt. Thus Al-Sisi pointed out clearly that all changes in religious discourse should be within the framework of the state apparatus and headed by Al-Azhar institution.

In response to Al-Buhairi’s thoughts, Al-Sisi said in April 2015 that: “When I spoke about religious discourse, I just posed a title and did not go into detail,” claiming that he doesn’t agree with Al-Buhairi’s statements.

While a spirit of critical thinking can be detected in the writings of many Egyptian intellectuals about sensitive religion related topics, these intellectuals have been systematically subjected to hate campaigns and crimes according to the Human Rights Watch. Here are two examples:

The story of professor Farag Foda in the beginning of the 1990s, an activist in the field of human rights, is a case in point. He was assassinated by Al-Jama’a Al-Islamiyya in 1992 not because of his atheism and infidelity but because of his harsh criticism of the violence of the armed Islamic groups. While Foda was a critic of religious intolerance, his murderers, religious zealots, proved him right. The killers didn’t like Foda’s writings, so they killed him.

The Egyptian liberal theologian and university professor Nasr Hamid Abu Zayd also suffered a major religious persecution in the 1990s and had to flee to the Netherlands. The crime of Abu Zayd was his academic work. When certain individuals refused to accept his academic research, they took it to the Egyptian court instead of the Egyptian debate. The court declared him an apostate and based on this sentence, he was not to remain married to his wife Ibtihal Younis, a French literature professor. The logic behind the forced divorce is that Muslim women are not permissible to marry non-Muslims.

Constitutionally, blasphemy (contempt of monotheistic religions) is based on the article 98 of the Egyptian Penal Code, which was added in 1982 and then amended in 2006. According to this law, citizens who insult or ridicule heavenly religions, propagate extreme ideas for the purpose of inciting strife or contribute to damaging national unity can be confined for a period of no less than six months and no more than five years. This is, in other words, a legal licence for the Egyptian state and its religious institution to persecute its own intellectuals.