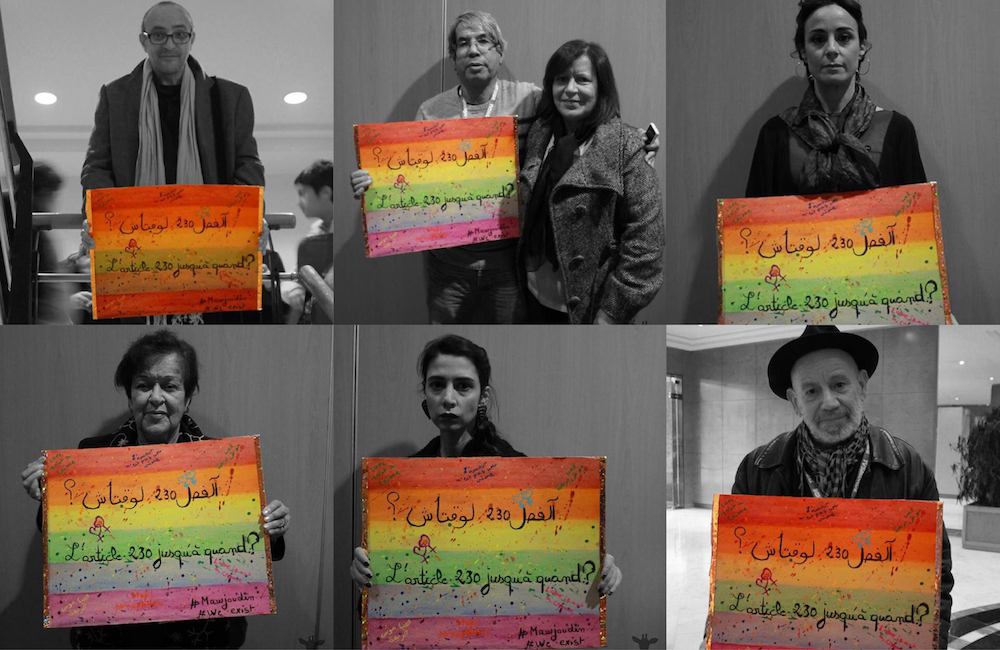 A number of Tunisian celebrities and well-known figures in civil society demand the cancellation of Article 230 of the Penal Code, which criminalizes homosexuality.

Several Tunisian celebrities posed in front of the camera with signs of the LGBT (lesbian, gay, bisexual, and transgender) flag, on which the following phrase was written: “Article 230, until when?”

Article 230 of the Penal Code was passed in 1913 and later modified in 1964, a year after declaring Tunisia as a one party-state (the Socialist Destourian Party) under President Habib Bourguiba. Private acts of same-sex in Tunisia are illegal between consenting adults and the penalty could reach three years in prison.