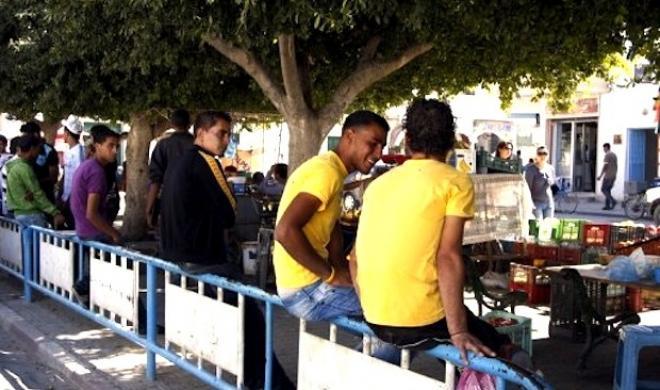 A majority of Arab Muslim youths see the actions of extremists such as the Islamic State group and Al-Qaeda as a perversion of Islam's teachings, according to a new poll.

The Zogby Research Services poll of 5,374 young Muslim men and women from the Middle East and North Africa also found that many millennials blame corruption and repressive governments for the rise of jihadist groups.

“At least three-quarters of millennial respondents in all countries surveyed” said movements like IS and Al-Qaeda “are either a complete perversion of Islam’s teachings or mostly wrong,” the polling firm said.

The survey was conducted in October and November 2015 with respondents aged 15 to 34 in Morocco, Egypt, Saudi Arabia, the United Arab Emirates, Bahrain, Kuwait, Jordan, and the Palestinian territories.

Jordanians shout slogans against jihadists during a demonstration on February 6, 2015 in the capital Amman

More than 55 percent of respondents in the Palestinian territories and Saudi Arabia also said the radical groups were distorting Islam’s teachings.

More than 30 percent of those polled in many countries, including 69 percent of respondents in the UAE and 50 percent in Morocco, said “corrupt, repressive, and unrepresentative governments” were the main causes of young men and women joining extremist groups.

Others blamed extreme religious teachings and poor levels of education.

“In most countries, the majority says that religion does not need to be reformed” but rather that religious discourse “needs to be made more relevant,” the polling firm’s chief James Zogby said while releasing the survey results.