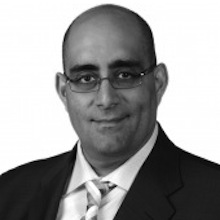 The region today faces riddles that go even beyond the fate of Assad, ISIS and other terrorist groups. It's time for a new approach, Dr. Elie Abouaoun writes.

As the Iranian nuclear deal with the U.S. and the five other global powers goes into effect, this is an opportune time to consider the next steps the international community could take to stabilize the tumultuous Middle East. Rather than continued confrontation between regional powers Iran and Saudi Arabia, couldn’t international negotiators make the case that all sides could achieve greater gains with a political dialogue?

Certainly the Iran nuclear deal is a diplomatic achievement. During the negotiations, many did not believe that a positive outcome would be possible. Opposition was intense, especially in the United States. Several regional powers—mainly Israel, Saudi Arabia, Turkey and Qatar, to name the biggest—accuse the U.S. and its five partners in the negotiations of capitulating to a rogue state. But the fact remains that the critics offered no valid alternatives to negotiations and instead suggested only a military confrontation with a regional power that already had cultivated numerous powerful points of leverage in the region, making any confrontation clearly too costly. From this perspective, the nuclear agreement was the only option for an international community that is still recovering from the 2008 financial crisis and traumatized by the wars in Iraq and Afghanistan.

The criticism of the nuclear deal from Qatar, Turkey and Saudi Arabia is less about the technical capabilities that Iran could develop than the idea that leaders in Tehran are now legitimate counterparts for the international community. For these countries, Iran remains an aggressor state, invasive through its proxies and maintaining as a core strategy the export of the “Islamic Revolution.”

Shia Iran’s image as a threat, real or perceived, to the Sunni countries in the region actually dates to long before the Islamic revolution. The geo-strategic standoff between the Iranian Empire and regional powers including Arabs took different forms for centuries but was more a struggle for power than ideological or religious. That changed in 1979, when Iranian Ayatollah Khomeini led the overthrow of the Shah and clearly stated the objective of exporting the “Islamic Revolution.” This added a sectarian layer to a very old competition between Iranians and Arabs. The subsequent expansion of Iranian influence into Lebanon in the 1990s, into Iraq after 2003 and in Syria and Yemen since 2011 came to corroborate the fears of several Arab monarchies.

Turkey, Israel, Saudi Arabia and other smaller countries of the Gulf Cooperation Council (GCC) have always sought to deny Iran regional influence with cross-border games of their own. Even if some of the above mentioned countries might accept a bigger role for Iran in the region, they will never accept that Iran used and continues to use the Shia Arab communities as a tool to undermine the legitimacy of their own regimes. To date, there are no signs that Iran is yet ready to give up on this strategy. From the Iranian perspective, the determination of “artificial” and pro-West countries to weaken Iran and ensure it is confined to its own borders constitutes a hostile stand.

In this context of mutual distrust, caution and hatred, many GCC countries –supported by the West – preemptively bolstered Saddam Hussein in his war against Iran in the 1980s. The strategy of directly confronting Iran went into some sort of hibernation in the 1990s, only to be revived since 2003. The strategy included turning a blind eye to the Sunni insurgency in Iraq (against what was considered as a pro-Iranian government in Baghdad) and, as of 2004, supporting various attempts to undermine the Syrian regime, given the vital role Syria played to the fulfillment of an old dream of Iran of carving a strategic passage all the way to the Mediterranean (Iran, Iraq, Syria, Lebanon). To hamper Iran’s project, all means were considered legitimate, including nurturing a radical opposition in Syria, holding the Iraqi Sunnis off from participating constructively in an ailing but necessary political process, reviving Sunni-Shia strife in Lebanon, and playing Iran’s own game by supporting Sunni military groups in Iraq, Syria and Lebanon.

Iran’s “all time” strategy in any country it wants to control is to preserve a hollow regime while building up para-state civilian and military entities under their full control. Iran’s leaders have never supported Lebanese, Yemeni, Syrian or Iraqi armies or state institutions but rather invested in non-state Hezbollah in Lebanon, the Iraqi Popular Mobilization Forces, the Syrian National Defense Forces and to a lesser extent to the Houthi militia in Yemen. Moreover, the Iranian strategy in the region looks also at weakening the heavyweight Arab countries so that a modern Persian Empire becomes a reality.

But Iran moved gradually and deliberately to develop its regional leverage points over more than 30 years, while the Arab countries outsourced the protection of their vital geo-political interests to an oblivious West that was still adjusting to the end of the Cold War. Indirectly, almost everyone covered up for what Iran was doing in the 1980s and 1990s and underestimated how this buildup of regional political and military influence would end. It is indeed an aggressive policy that the Iranians are going for, one that threatens not only the interests of the regional powers but also their existence. For this, people in the region can be legitimately scared of the Iranian strategy.

Both the Iranian and anti-Iranian strategies in the region resulted in thousands of Shia and Sunni militarized non-state actors operating within and across international borders; some of them slipping out their patrons’ own control. The anti-Iranian allies especially still struggle to acknowledge the disastrous results of their strategy, including the irreversible damage to Sunni communities in the countries bearing the brunt of the confrontation. The Sunni political leadership is weaker than ever and extremely scattered in Iraq, Syria and Lebanon. The vast majority of the displaced persons in Iraq and Syria are Sunnis. The Alawite and Kurdish regions in Syria are relatively stable compared with the rest of Syria, as are the Kurdish and Shia areas compared with the rest of Iraq.

The situation today is that we have one ambitious regional power pursuing a meddlesome strategy, while its opponents opted for a strategy that yielded catastrophic results. It is about time they step back and look at the available options: continue with the military minded approach or take a courageous decision to negotiate with the Iranians a settlement, building on the momentum of the nuclear deal. In a context of continued confrontation, an internationally rehabilitated Iran, with a significant cash flow in the pipeline, will become more intrusive than ever. Its proxies will receive a dose of oxygen that will just strengthen their capacities. The current strategy to counter Iran is not going to work any better than before. Cultivating radical groups, playing the card of over-victimizing the Sunnis, militarizing the Sunni communities and other current tactics will lead to more human and material losses, mostly Sunni.

It is never too late to renounce violence and think creatively of a win-win solution with the Iranians. A prospective settlement should take into account Iran’s legitimate interests—why can Turkey be a regional power and not Iran, for example—as well as the valid concerns of the rest of the countries in the region; including the non-interference in each other’s internal affairs.

The region today faces riddles that go even beyond the fate of Bashar al-Assad, ISIS and other terrorist groups. Think of the hundreds of thousands of young fighters who, at some point, will be compelled to return to civilian life after having spent several years outside both the educational system and the labor market. Think of the 15 million refugees and internally displaced persons in the region whose return will take years even if the war stops tomorrow. Think of the eviscerated social contract among the region’s constituencies and the likeliness of sustained smaller-scale intercommunal violence, even if the big players agree on a new map of influence.

Everyone tried confrontation: In more than four years of intense interference in Syria, the Iranians and their allies barely managed to keep Assad’s regime alive. The Saudis tried an adversarial and militarized strategy in Syria, Iraq and Yemen. The Russians tested their own “fight from the air.” The Americans and Europeans are beginning to regret the avoidance approach they have embraced.

What has not been tried so far is a genuine political dialogue, not among the proxies of regional powers engaged in Syria or Iraq but among the patrons themselves. Such an overdue dialogue would preferably be initiated by wise leaders from the region with strong international support. It should tackle the core issues, starting with legitimate fears, vested interests and other important considerations, so that it leads to a comprehensive settlement, the only existing option to stabilize the region and end the human suffering.