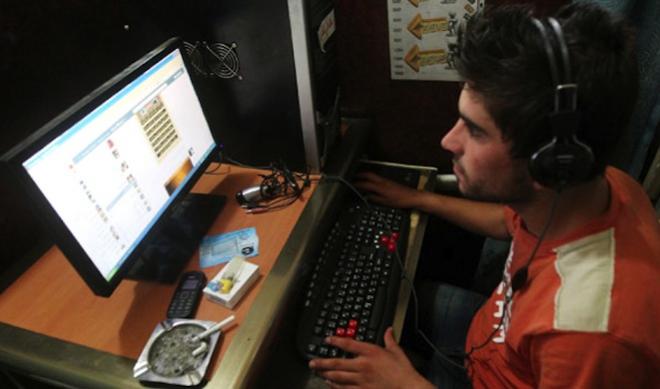 Post-Arab Spring, the Middle East continues to be active on social media. But it's a complicated dynamic, writes Damian Radcliffe.

In 2011, the Arab Spring rocked many parts of the Middle East.

Regime change in Tunisia, Egypt and Libya saw the departure of long-established – seemingly untouchable – political leaders and inspired ripples of protest and disquiet in many neighboring Arab nations. The tumultuous ramifications are still playing out in many countries across the region.

During the the immediate aftermath of these events the role played by social media in facilitating change was hotly debated. Perspectives ranged from Malcolm Gladwell’s “Small change – why the revolution will not be tweeted,” through to John Pollock’s “Streetbook – how Egyptian and Tunisian youth hacked the Arab Spring” and Clay Shirky’s essay on “Technology, the public sphere, and political change.”

Although social media’s contribution to sociopolitical change in the region may have been overstated, it did help amplify discontent and provided global media outlets with valuable on-the-ground insights. At a time of information scarcity, social media offered perspectives that might otherwise have been hard to come by.

Perhaps the most high-profile proponent of this new way of working was NPR’s Andy Carvin, who successfully used Twitter to identify, share and verify stories. The impact of his work led the Columbia Journalism Review to ask: “Is this the world’s best Twitter account?”

Carvin’s approach, like many others reporting on this chaotic period, wasnot without its faults, but this collaborative model pioneered new ways ofusing social media in a breaking news environment.

Five years on, there remains considerable interest in how social media and mobile technology is shaping attitudes and behaviors in the Middle East and North Africa (MENA), particularly among the region’s substantial youth population.

It’s against this backdrop that I produce an annual round-up of developments from across the region, analyzing research findings and industry announcements to identify the key trends from the past 12 months.

1. Facebook is the Middle East’s most used social network, with 80 million users in the region. The U.S., with 192 million subscribers, has more than double the Facebook users of the whole of the MENA region.

2. Egypt, with 27 million users, has MENA’s largest Facebook population; although with fewer (30.5 percent) than a third of the country’s residents on the network, there remains considerable scope for growth. In contrast, 59.7 percent (192 million) of the U.S. is on Facebook.

3. The next most populous Facebook nations are Saudi Arabia (12 million users, akin to 43.2 percent of the total population) and Iraq (11 million, representing a third of the country’s 33 million residents). In Iraq, where there are also 11 million internet users, Facebook is the Internet for many people.

4. WhatsApp, the popular messaging service owned by Facebook, is the leading social media platform in Lebanon, Qatar, Saudi Arabia and the United Arab Emirates (UAE), according to Northwestern University in Qatar. Beyond just being an SMS replacement service, WhatsApp groups are used to discuss religion, cooking and the news, as well as being a platform for a growing group of eCommerce entrepreneurs.

5. WhatsApp is also the preferred social media channel for 41 percent of social media users in 20 countries across the region, according to a 2015 study produced by the research agency TNS.

6. Instagram, the popular photo sharing platform – which, like WhatsApp, is owned by Facebook – has 25 million users in MENAand 400 million worldwide, 77.6 million of whom are in the U.S.

9. Videos and photographs taken by pilgrims visiting Mecca were featured on Snapchat’s “Live Stories” feed during Ramadan, giving non-Muslims a rare insight into the holy city. The move came after around 300,000 people tweeted using the hashtag #Mecca_live to get Snapchat to feature Mecca on their app.

MENA is a global leader for online video

10. MENA is the fastest growing consumer of videos on Facebook. Consumption per head of Facebook embedded videos is twice the global average.

11. Turkey is the second most active country for Periscope streams; and three Turkish cities – Istanbul, Ankara and Izmir – are among the top 10 cities with the most Periscope users worldwide. Periscope, the live video streaming app, was launched by Twitter during March 2015.

12. Growth in watch time on YouTube is up over 80 percent year on year in the region, Google data show. After the U.S., MENA enjoys the world’s second-highest online video viewership.

13. The short messaging network was a poster child for the Arab Spring, but usage and impact vary widely. Saudi Arabia and UAE dominate MENA’s Twitter market: 53 percent and 51 percent of social media users in those countries have an account; whereas 23 percent of online adults in America – 74 percent of whom are social media users – are on Twitter, according to the Pew Research Center (however, that’s still around 65 million Americans).

14. Usage of Twitter is lowest across MENA in Libya (12 percent) and Syria (14 percent), TNS discovered. But, daily usage is highest in Jordan, Libya, Palestine and Syria, and lowest in Saudi Arabia, the same survey found, meaning that despite lower Twitter penetration, users are more active in these countries.

15. Twitter is popular with younger audiences in both the Middle East and the U.S., although in MENA, 45 percent of Twitter users are age 18-24 compared to 22.6 percent of total users in the U.S. Nonetheless, this age group is still the largest user group for Twitter in the United States. Globally, Twitter has 320 million monthly active users.

What it all means

Post-Arab Spring, the Middle East continues to be active on social media. All of the major networks are seeing growth in user numbers, and usage trends often mirror those found in other regions. This includes the often overlooked strength of Facebook, the rapid rise of visually orientated networks and the smaller than might be expected (given the volume of media coverage it gets) number of Twitter users.

Understanding what social networks the region uses is important for brands, news organizations, NGOs and others wishing to tap into this growing regional market, and who want to know where best to direct their efforts.

Meanwhile, the continued growth of social media usage, smartphone take-up, and the rise of visual and video-focused networks means that if the events of 2011 were to be repeated today, we could expect to see even more material originating from social platforms.

For many of the political regimes in the region, this creates a level of nervousness. Turkey, for instance, has repeatedly shut down social networks at various points; and we’ve seen several recent cases in the Gulf region of social media users landing in jail as a result of posts on social networks and messaging apps.

If a Facebook relationship status could describe the ongoing dynamic between the Middle East and social media, it would simply be: it’s complicated.