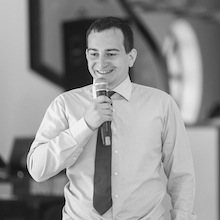 Vladimir Putin has described the pullout decision from Syria as a result of ‘achieved objectives’. The decision coincides with the resumed Syrian talks in Geneva and serves as an additional sign of the Kremlin’s commitment to a peace settlement. However, the decision also highlights acute controversies between Putin and Assad regarding the political transition and the future of Syria.

The Kremlin could not let the country to be torn apart by the radical Islamists and also could not lose its single remaining military facility abroad. Syria is likewise an ideal place for Moscow to project its hard power on the international arena and rehabilitating its soft power after the Ukrainian fiasco.

It might appear that Moscow has actually achieved all of its objectives in Syria and is leaving exactly at the right time.

The involvement has already signaled the country’s new pivotal role in the Middle Eastern security setting and presented results of Russia’s extensive defense sector reforms to the Russian public and the Western analysts. Moscow has also managed to skillfully avoid the so-called ‘Afghan syndrome’, when the Soviet Union lost almost 15,000 soldiers in Afghanistan and ended up in a quagmire.

Furthermore, Russia will only take down its air force contingent and perhaps military advisors but will still maintain its airbase in Hemeimeem and port facility of Tartous.  The agreement with the Syrian government to maintain permanent military bases brings back old memories of the Cold War when roughly 8,000 Soviet soldiers were permanently stationed in Syria and greatly influenced the regional balance of power.

However, the Kremlin could have extracted even more results as the Syrian army has only now started to regain large swaths of the territory. The current pullout comes right at the moment when the Syrian army is launching a large scale offensive near the city of Palmyra that may further extol the Kremlin’s hard and soft power.

So what is the actual reason behind the Kremlin’s decision?

Putin understands that it is impossible to achieve peace in Syria if Bashar Assad remains in power. The Kremlin still nurtures hopes to smoothly remove Assad but retain the Alawite government that would be open for negotiations with the moderate opposition. Moscow aims to preserve similar relations between the two countries even after Assad’s resignation.

As Syrian peace talks have resumed on Monday Moscow wants to use the moment to indicate its willingness to achieve a political settlement. The pullout gives a strong warning to Damascus that Moscow is not interested in continuing its bloodbath and restoring the pre-conflict borders.

Russia’s military involvement left Bashar more entrenched than before and added additional strength to the regime, however, also made it less flexible for negotiations.

The Kremlin was already offering Assad to step down at the end of 2015 and Colonel General Igor Sergun, director of Russia’s GRU military intelligence agency was allegedly sent to Damascus with this proposal. However, Igor Sergun died mysteriously afterwards on January 3 and the Kremlin denied any allegations regarding the resignation offer to Bashar Assad.

Assad is confident in Russia’s support as Syria plays a vital role for the country’s geopolitical goals. Syria’s strategic stance also allows the current government to effectively exploit this support.

Assad does not want to give up the presidency. He makes it clear to Putin that there is no future for Russia in Syria without him in power.

In effect, he is playing a strategy of one power off against another and exploiting Moscow’s long-standing fear of empowerment of Iran that could directly clash with the Kremlin’s interests in the region. Even though Russia is viewed largely positive by the Syrian government, Assad’s people are still looking towards Iran. The Syrian elite would like to have another power to rely on in order to avoid overdependence on the Kremlin.

Assad is also inspired by the glory of his father, Hafez Assad, who took the collapsing country and brutally restored its borders. This is another reason why Assad is so unwilling to compromise with the moderate opposition and also applies all methods available to him in order to get rid of an opposing candidate.

It is now obvious that Assad has become a burden for Putin’s goals and the current ceasefire might be the best time to facilitate a political settlement. The pullout indicates the Kremlin’s commitment to seek compromises in Geneva and also sends a strong message to Damascus that it could no longer impose its own ambitions.