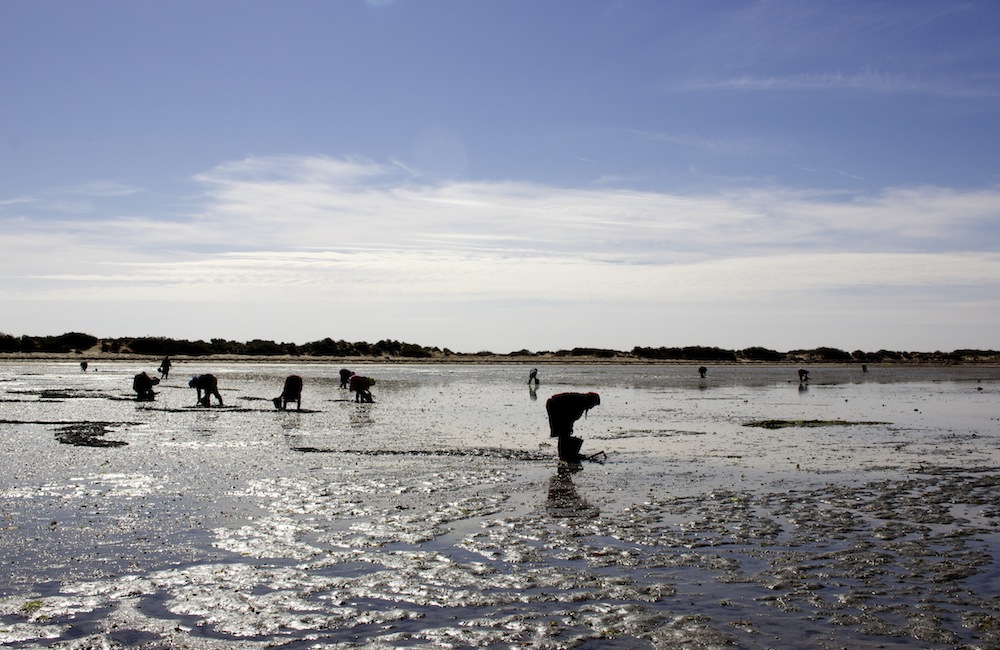 Vanished from the maps, the village of El Gosbah or the village of the “blacks” is situated in the remote southern parts of Tunisia. Despite its population of five thousand inhabitants, one witnesses the absolute lack of infrastructure (roads, transport, water supply etc.) and complete absence of state institutions.

A primary school, a small hospital where a doctor comes once per week, tiny groceries with small quantities of seasonal goods, three mosques built at the community’s expenses and two coffee shops accompany a scenery of a handmade, sparsely populated village where one can find nothing but the extremely necessary. The men of El Gosbah spend most of the year in unemployment, waiting for summertime when they hunt seasonal jobs, usually as bodyguards, in the island of Djerba.

Still perceived as slaves’ descendants by their compatriots due to their black skin, men of Gosbah blame racism for unemployment and they often have to migrate for work to Libya. Lacking alternatives, youngsters kill their time drinking coffee, playing cards or in Publinets, connected on Facebook. School dropout consisting a common phenomenon, women of all ages become the main providers of the family as the majority of them embarks on a 15-kilometre daily journey to the beach in order to collect babouch, as Tunisians call clams, gaining 2-7 euros for six hours’ manual labour. At the end of their long day, women prepare the meal and gather to drink tea and watch Bollywood soap operas.

Doors are always open and the sense of collective life lies in the heart of the community. Faraway from the urban centres, some people in Gosbah ignore completely what elections are while some households have not paid electricity bills since the Tunisian Revolution in 2011. People of Gosbah feel “exiled and unwanted”, yet they are very attached to their land which they often call janna, ‘paradise’ in the Tunisian dialect.

Social exclusion, economic marginalisation and a life inscribed in the narrow frontiers of a world full of divisions; locals sing about their experiences through a local music genre, Tayfa, a unique self-taught style which only passes from generation to generation among the men of the village. The Tayfa leader is the only one who can read and write and the rest of the band, being illiterate, have to memorise the lyrics.

A modern “Romeo and Juliet” drama occurred a decade ago when a “white” daughter fell in love with a “black” shepherd, triggering a war of hatred between “white” and “black” neighbours. That story still haunts the locals’ narrations about El Gosbah. Thus, geographic and social isolation, lack of education and racism regularly leads to consanguineous marriages. Having lived for some time with the locals, women often silently portrayed to me what words were unable to convey: their suffering due to their darker skin colour and the destiny that this same colour would reserve for their daughters.