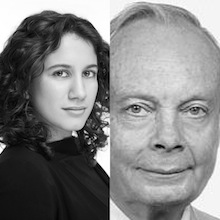 The North African country is emerging as the continent's new business hub, write Hayat Essakkati and Prof. I. William Zartman.

Casablanca is becoming the financial capital of Africa, as Morocco becomes more widely present in French-speaking Africa through investments in construction, banking, telecommunications and energy, and looks to expand to its promising English-speaking neighbors. Despite its iconic image as a One Thousand and One Nights fairytale land, Morocco is visibly more present in Africa than it is in the Arab region and is on the move to claim its rightful place as the continent’s centralized business hub.

In 2015, Morocco was named the safest country in the MENA region and second-safest country in Africa by a French consulting firm (Compagnie Française d’Assurance pour le Commerce Extérieur). The Global Financial Center Index ranked it the 2nd business and financial hub in Africa in September 2015. And according to the latest Ibrahim Index of African Governance, Morocco witnessed the largest improvement by far in the category “Sustainable Economic Opportunity” in Africa, followed by Togo, Kenya and Cote d’Ivoire, and is second only to South Africa overall. King Mohammed VI has pushed for these improvements in Morocco’s business environment, and the Palace’s vision has been adopted by the Moroccan private sector, including large private banks and leading companies in construction, energy and telecommunications.

Many Moroccan companies refocused their activities to the South to reduce economic dependence on European markets. However, Morocco’s economic independence aspirations might have nothing to do with the decline of Europe and everything to do with the rising powerhouse called Africa. In the last decade, Africa’s economy has grown faster than Europe’s. Moreover, by 2050, 3 out of 4 newborns will be African while Europe’s population growth is declining.  Morocco has held a major position in African economic and cultural development since pre-protectorate times, and the recognition of Africa’s potential as an economically viable continent initiated Morocco’s renewed interest. (One of the best examples of Morocco’s strong presence is the investment firm Saham Group, with a presence in 26 countries and one of the biggest pan-African insurance groups.)

As King Mohammed VI pointed out in an October 2015 speech, “Our country has become the top investor in Africa, in West Africa and the second biggest in the continent.” Underlying this is the fact that countries outside the continent largely facilitate investments in Africa, just as intercontinental flights are managed by Middle Eastern and European airlines. Although this Middle Eastern and European airline dominance is a direct consequence of a lack of competitive African airlines (with the exception of Royal Air Maroc) the fact that business facilitation in Africa is in the hands of non-Africans has everything to do with a lack of trust. As the king put it, “Africa should learn to trust Africa.” Despite economic growth linked to the continent’s population growth, Morocco understands that Africa is holding itself back by its reliance on small-sized markets. Unless it implements meaningful intra-continental partnerships, Africa will always remain too small for foreign investors.

Luckily, an ecosystem is currently under construction in Morocco for companies and organizations interested in entering the African market. A good example is the launch of Casablanca Finance City in 2010 offering an “array of strong incentives attracting major financial enterprises and multinationals for African HQs under the CFC label.”

Morocco is a great entry point for Africa-focused companies as it offers a process through which a company can gradually learn to operate in African conditions. For foreign companies used to a good business environment and a comparatively well-managed administration, and interested in learning to adjust to the African sun, accompanied by Mediterranean-spiced tajines, Casablanca offers all the comforts associated with a world-class business city such as Paris or London – minus the high costs of living.

Because of its past as a French colony, Morocco has been focused primarily on French-speaking Africa, and has not had much presence in the fast-growing English-speaking countries, such as Nigeria and Kenya. That is changing; and once it expands into those markets, Morocco could become the New York of Africa.