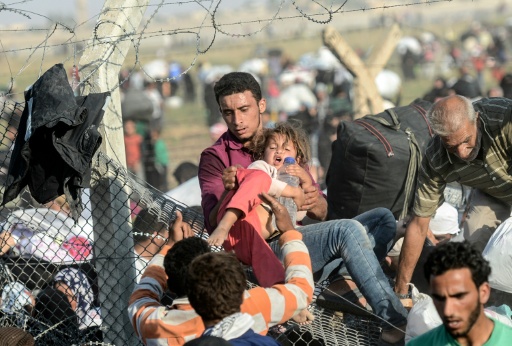 The number of people internally displaced by conflicts around the world rose last year to a record 40.8 million people, a report out on Wednesday showed.

“This is the highest figure ever recorded and twice the number of refugees worldwide,” said Jan Egeland, head of the Norwegian Refugee Council (NRC), co-authors of the report with the Geneva-based Internal Displacement Monitoring Centre (IDMC).

Some 8.6 million internally displaced people (IDPs) linked to conflict were recorded in 2015, including 4.8 million in the Middle East and North Africa.

“Displacement… has snowballed since the Arab spring uprising in 2010 and the rise of the Islamic State,” said the report, with Yemen, Syria and Iraq accounting for more than half of the total.

Outside the Middle East, the countries with the highest numbers of people fleeing were Afghanistan, Central African Republic, Colombia, Democratic Republic of Congo, Nigeria, South Sudan and Ukraine.

Conflicts and natural disasters made for a total of 27.8 million new IDPs last year.

“This is the equivalent of the combined populations of New York City, London, Paris and Cairo grabbing what they can carry, often in a state of panic, and setting out on a journey filled with uncertainty,” Egeland said.

Out of the top 10 countries for IDPs, the report found that five — Colombia, Democratic Republic of Congo, Iraq, South Sudan and Sudan — have featured on the same ranking every year since 2003.

The report also for the first time measured the numbers displaced by criminal violence associated with drug trafficking and gang activity — a problem it said remained “unquantified and unaddressed”.

It estimated that there were a million IDPs in El Salvador, Guatemala, Honduras and Mexico as of December 2015 as a result of this type of violence.