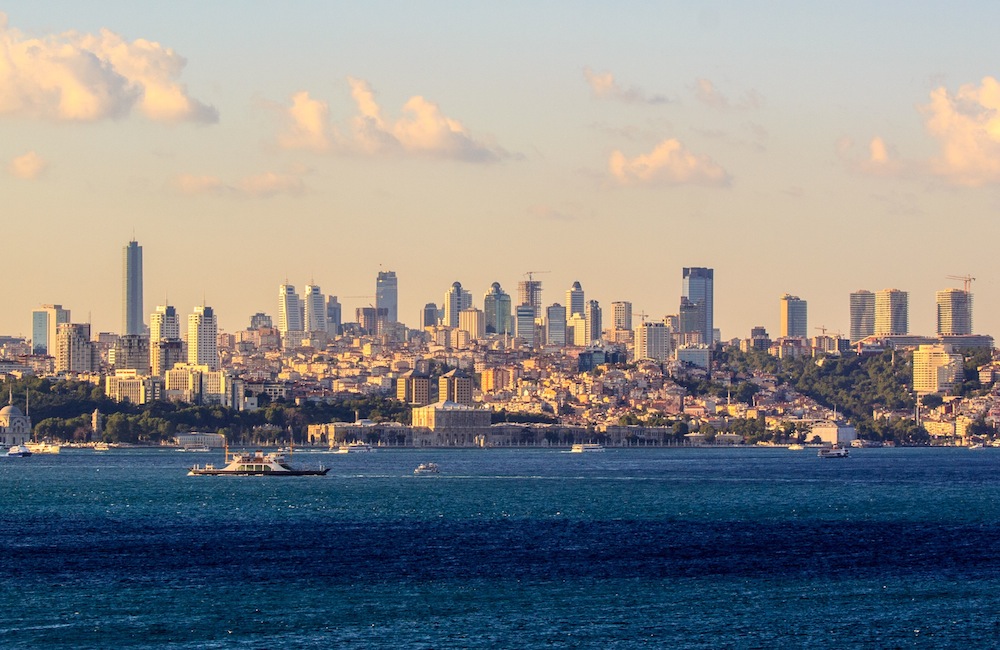 The dynamics of capitalist development have played a much more central role for Turkey’s journey from secularism to religious conservatism – and before that for the Kemalist break with Islam – than what is generally recognized, writes Halil Karaveli.

The speaker of the Grand National Assembly of Turkey, Ismail Kahraman, a deputy of the ruling Justice and Development Party (AKP), recently sparked another round of controversy about secularism and the place of religion in Turkish society. On April 25, Kahraman declared that the new Turkish constitution that is to be drafted should be a “religious constitution.” He called for removing the present reference to secularism, and argued that a reference to God should be included.

Indeed, the Turkish education system has for years raised “pious generations.” Education in Sunni Islam was gradually re-introduced in the 1940s, and the decades since the 1960s have seen an explosive growth of Islamic schools. Fatih YaÅlÄ±, a leftist academic, describes this Islamization by a state that is officially secular as the “long suicide of the republic” in a recent book.

Yet, the republic appears to have committed “suicide” ­– by restoring Islamic influence – only if it is assumed that secularism was the sole raison d’être of the Turkish republic. In fact, the ambition to foster capitalist development was always central to the republican project, and secularism and Islamization have both successively functioned as tools in this respect, easing the way for capitalism. Secularism was only initially functional in this sense. Islam was restored, notably in education, because it – correctly – appeared best suited to neutralize any challenges from the left to capitalist supremacy. Islamization has sustained the hold of the bourgeoisie. Turkish secularists are therefore mistaken when they think of what has happened after Kemal Atatürk’s death as a “counter-revolution.”

Turkey’s initial break with everything Muslim, religious and cultural – from law and education to alphabet, calendar and headgear – was uniquely radical in the Muslim world. Why it happened thus begs for an explanation. It is common to point out that positivist ideas, which held that religion belonged to the past and that the future belonged to “science,” had gained traction among Ottoman radical intellectuals and young officers. Historians note that positivism had a decisive influence on Atatürk, who by all accounts despised Islam. But this anti-Islamic radicalism was not disconnected from the social and economic conditions of the day. On the contrary, it was a radicalism that – albeit very briefly – was functional in socioeconomic terms, and which was made possible in this context. It corresponded to the self image of a nascent bourgeois class. The radicalism of the Kemalist break with Islamic culture and religion had its roots in the very particular genesis of Turkish capitalism.

The early modernizers of the Ottoman Empire had tried to catch up with Europe, but they had never imagined that this would require the full-scale abandonment of their Muslim culture. They never sought to join Western civilization. What triggered a new radicalism, which called for civilizational change, was the economic development that took place during the last Ottoman century. Those who primarily benefited from this economic growth, and of the integration with the European economy that spurred growth, were the non-Muslim Ottomans. Muslim traders and businessmen, meanwhile, were at a fundamental disadvantage, as Europeans privileged doing business with fellow Christians. This created resentment against the non-Muslim Ottoman bourgeoisie and Europe, feeding an Islamic-colored reaction among the Ottoman state elite and among the Muslim population. Turkish Islamism was to grow out of this reaction. But it also gave an impetus to a radicalism that wanted to do away with everything Islamic. If being Muslim was an obstacle to business success, to integration in Western capitalism, then this identity should be stored away, made invisible.

The non-Muslim bourgeoisie had been more or less purged when the Turkish republic was founded, and the punitive policies of the republic during the 1930s and the 1940s ensured the final demise of what remained of it. But simultaneously, an act of Turkish bourgeois cultural “conversion” was carried out: Turkey wanted to be part of the capitalist order of the West, and hence the nascent Turkish bourgeoisie that was to fill the place of the evicted Ottoman Christian bourgeois class adopted the outlook of the Christian West: Western-style headgear, Sunday as weekly holiday, a Western calendar, the Latin alphabet and other “reforms” that broke with the Islamic culture all served to convey a message to the West. Deep down, it all amounted to a plea not to think of the Turks as Muslims. They were assurances to the West that Turks were just as “civilized” as any Westerner supposedly was, and hence deserved to share in the benefits of Western capitalism. This was an eccentric form of bourgeois radicalism that soon gave way to bourgeois conservatism.

In 1946, deputies of the ruling Republican People’s Party (CHP) for the first time called on the parliament to re-introduce religious instruction in order to “ensure a moral defense against the threat from communism.” It became the staple of the dominant conservative political gospel that the youth needed to be inoculated against leftist ideas by an injection of Turkish national and Muslim religious consciousness.  Nicolas Cheviron and Jean-François Pérouse, the authors of a new biography of Turkey’s president, ErdoÄan – Nouveau Père de la Turquie?, point out that “the political socialization of ErdoÄan took place in this Cold War atmosphere – Turkish version – where popular religious feelings were mobilized against every form of leftist activity, and this was going to influence him for life.”

But inside the bigger class conflict, there was also another conflict that pitted big business against small business, and it was this one that gave rise to political Islam as an independent movement outside the traditional right. As Levent Gültekin, a former Islamist, observes, Turkish Islamism grew as a reaction to the exclusion of “pious people” from “commercial and political networks.”

The state had privileged the big business at the expense of the small businesses in rural, religiously conservative Anatolia. When the latter’s demands for a bigger share of the economy went unheeded, the party of the dominant right, led by then Prime Minister Süleyman Demirel, split in 1969-70, with Necmettin Erbakan founding Turkey’s first Islamist party.

What was fundamentally an intra-class conflict among two fractions of the capitalist class took on the allure of a “culture war” between “secularism” and “Islam,” since it was the “Westernized” bourgeoisie that enjoyed privileged access to the state, while the underdogs, the small town businessmen, hailed from a religiously more conservative milieu. The conflict reached its crescendo in 1997, when the military and Demirel, now president, forced the resignation of then Prime Minister Erbakan.  Tellingly, the state implemented measures to limit the power of what was termed “green capital,” that is, the ascendant, “pious” bourgeoisie.

However, once again, the dynamics of capitalist development played out and – again – shifted the scales in favor of Islamization: The small businessmen of Anatolia had joined the global economy, and as a consequence, the earlier, structural differences between big business and small business had started to disappear. “Islamic” business no longer clamored for a sheltered “national” economy, but craved access to global markets and finance. This was the “material” background to the split of the Islamist movement: the “reformers” who founded AKP spoke for a business class that remained religiously conservative, but for which supporting an ideological and religious hostility to the United States and Europe no longer made any sense.

Yet craving friendly relations with the West did not mean that the basic dynamic that had sustained Islamization had disappeared. It was on the contrary still very much in the interest of business – whether “Westernized” or “Islamic” – as it was needed to keep labor pacified. Indeed, “secularist” business barons were quick to rally to ErdoÄan. SakÄ±p SabancÄ±, who represented big business, explained why the business community had embraced ErdoÄan: “Tayyip is made of a substance that is mainly composed of tradition, custom, and spirituality. Is that something wrong with that? Used wisely, spirituality, and the traditional customs are very important.”


The dynamics of capitalist development have played a much more central role for Turkey’s journey from secularism to religious conservatism – and before that for the Kemalist break with Islam – than what is generally recognized. During the context of the Cold War, capitalist development and Islamization went hand in hand, as religious conservatism neutralized the challenge of the left and labor. Today, neoliberal globalization provides impetus for Islamization.

Raising “pious generations” – who are “traditional,” not rebellious – is essential for sustaining socially destructive neo-liberalism. An explicitly “religious” constitution, in which reference is made to God, would serve to mask that it is capital that reigns supreme.

Ömer Koç, the chairman of Turkey’s leading industry and business group, recently said that he hopes that young generations are going to stand up in defense of secularism. However, the survival of secularism ultimately requires that the economic order that depends on continued Islamization is called into question.

Halil Karaveli is a Senior Fellow at the Central Asia-Caucasus Institute & Silk Road Studies Program Joint Center, where he heads the Turkey Initiative. This article originally appeared on Turkey Analyst.