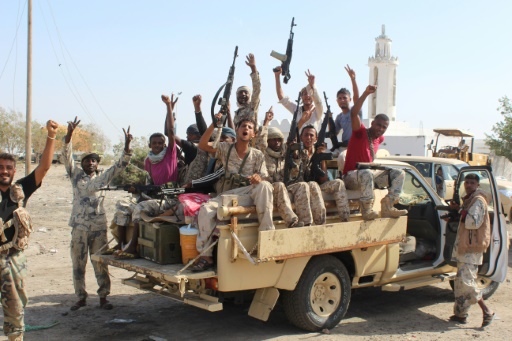 The coalition command, in a statement, gave assurances that it “respects the rules of international humanitarian law and human rights in all its military operations” in Yemen.

“To defend civilians and shelter them from the impact of the conflict”, the coalition had imposed “strict… rules of engagement in accordance with the principles of international humanitarian law”.

As well as identifying targets, these rules also focused on the use of precision weapons and dropping leaflets warning people in areas with military targets, it added.

The coalition was also evaluating its air strikes in Yemen and investigates allegations about some incidents, the command said.

Non-governmental organisations have repeatedly accused the coalition of being responsible for the deaths of civilians in Yemen since intervening on the side of the country’s internationally recognised government in March 2015.

Earlier this month, Human Rights Watch accused the Arab coalition of indiscriminate bombing in Yemen, but also said the Huthis were to blame for abuses committed on the ground.

In late February, Amnesty International said it had documented a series of serious humanitarian and rights violations, including war crimes, since the Arab intervention.

The United Nations has repeatedly warned about the threat of a “humanitarian catastrophe” in Yemen, where more than 6,400 people have been killed in 14 months of war.