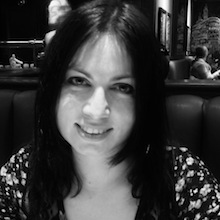 Dr Pelin Kadercan on why Europe’s decision to remain silent on Turkey pushes the entire EU project toward moral bankruptcy.

Until recently, Turkish President Recep Tayyip Erdogan was a hero in the West. He was often described as a “Muslim democrat” who believed in both Islam and freedom. Those days are over. Now much of the Western press, especially in Europe, portrays Erdogan as a budding authoritarian and reckless Middle East interventionist.

Just as the European media has turned against Erdogan, constantly highlighting his shortcomings as a leader and Turkey’s gradual slide into full-blown authoritarianism, the European politicians appear surprisingly comfortable with the very man whose thirst for consolidating power seems to know no bounds. Now, Erdogan holds a very important card in his hands: he can either cooperate with the European Union over the question of millions of refugees that flee the bloody war in Syria, or choose to make it more of a problem for the Europeans, who are already feeling the brunt of one of the worst refugee crises since World War II.

An alarming number of European politicians want to play nice with Erdogan despite realizing that he is turning Turkey into a harsh autocracy. This is a dangerous mistake. The EU takes pride in transcending the realpolitik that colored Europe’s troubled past for centuries, instead reaching out for a “moral” approach to foreign policy. Coddling an emerging dictator just because he happens to hold important influence over a humanitarian crisis (where Europe could actually do more, not less) is treason to all that the EU claims to represent.

So, the question is: how did Europe get here? Europe got to this sad point by passing through the well-known ‘five stages of grief.’ These were first elaborated by psychologist Elisabeth Kubler-Ross to explain how people react to the death of loved ones. The same five steps – denial, anger, bargaining, depression and acceptance – explain Europe’s reaction to the “death” of its hope that Erdogan would prove to be a model partner.

In each of these steps, European politicians had alternatives to pick from. Yet, failure to understand the dynamics of Turkish politics prevented them from doing something, ultimately locking themselves in a situation where Europe ended up legitimizing a ruler whose domestic legitimacy is fading day by day. What we have now in Turkey is suppression of free speech and a Big Brother of a state that aims to silence its critics even before they get a chance to voice their opinions.

The ‘denial,’ in so many ways, was the key stage where the European political leadership actually could make a difference. Until public protests broke out in Istanbul in the summer 2013 and spread to the rest of the country (which were met by a brutal and violent response from the government), Europe did not pay attention to what was really happening in Turkey. From 2010 onwards, Erdogan’s regime began its program for re-engineering the society and politics in such a way that the opposition would be deprived of its voice. Even small-scale protests were met with police brutality. The government put pressure on journalists who were critical of its handling of the protests. One regulation after another was being modified to solidify Erdogan’s grip in politics. The evidence was there, out in the open, for those who were willing to take a look.

Europe, however, chose not to look. Turkey was stable and Erdogan was still the poster child of moderate and democratic Islam. ‘Acting’ would require standing up and accepting some costs and risks that would be associated with warning a leader who was already known for his temperament. Simply put, denial proved less costly – and infinitely more comfortable – than biting the bullet and looking closer into the political firestorm that was brewing in Turkey.

‘Anger’ followed the riots of Gezi Park in 2013. One EU bureaucrat after another openly criticized Erdogan and his government for the ways in which they mishandled the protests, which eventually led to the deaths of many protestors and ripped the society apart. The anger, however, was vague, disorganized and late. It produced no change in the strongman’s behavior.  Its weakness may even have emboldened him.

Then came the ‘bargaining’ phase.  European leaders suggested to Erdogan that they would tolerate his excesses if he would keep Syrian refugees at camps inside Turkey. As is the case with the third stage of grief in the context of recent or impending personal loss, bargaining came too late and was in fact futile. That bargain collapsed amid record numbers of refugees arriving in Europe.

The refugee crisis plunged Europe into cultural and geopolitical depression.  It sparked angry reactions in many countries. Most disturbing was the realization that Erdogan holds a vital card. Already harboring more than 2.5 million Syrians, Erdogan has made it clear to Europe that, unless European leaders negotiate with his regime on his terms, he would not only abstain from preventing the refugees from crossing to the EU territories, but also encourage them to do so. Erdogan can determine the scope of the social and political pressure that the Syrian refugees will place on Europe.

Depression paved the way for the final stage of grief: ‘Acceptance.’ European politicians eventually came to terms with what they had avoided for years: the Erdogan regime was transforming Turkey into an increasingly authoritarian country and the EU, no matter what, had to deal with an ambitious would-be Sultan on his terms.

According to the original ‘five stages of grief,’ acceptance is a good end.  In this case it is not.  Europe’s decision to remain silent as Turkey drifts away from democracy pushes the entire EU project toward moral bankruptcy.