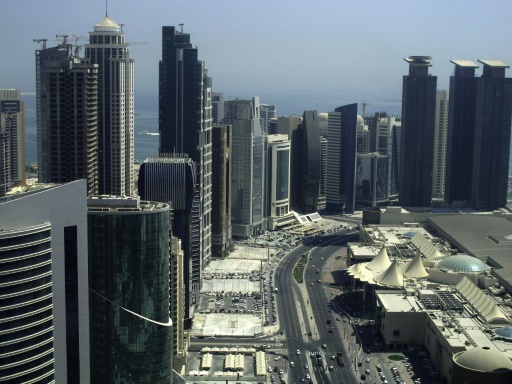 A 22-year-old Dutch woman is being held in Qatar on suspicion of adultery after she said she was raped while on holiday there, her lawyer told AFP on Saturday.

The woman says she was drugged in a hotel, and that she realised she had been raped when she woke up in an unfamiliar apartment.

“She was arrested in March on suspicion of adultery, which means having sex outside marriage,” which is outlawed in Qatar, lawyer Brian Lokollo said.

“She has nightmares, and is anxious and traumatised,” he said.

“Depending on the day, she is very afraid, or very angry, or she hopes that a solution can be found.”

A Dutch foreign ministry spokeswoman confirmed the arrest but said the young woman, giving her first name as Laura, has not been charged.

Daphne Kerremans added that “the enquiry is ongoing” and that Dutch authorities are in regular contact with Laura.

The woman’s lawyer said the case concerns a trip his client made in March to a Qatar hotel where the consumption of alcohol is allowed.

“She went dancing but when she returned to the table after the first sip of her drink, she realised that someone had added something to her glass,” Lokollo said, and then “she felt very unwell.”

The young woman remembers nothing more until the following morning when she woke up in a totally unfamiliar apartment “and realised to her great horror, that she had been raped,” he said.

Lokollo said she managed to escape the flat and seek help before going to a police station where she wanted to file a complaint against her attacker but the police refused to let her leave.

“It is totally inhuman,” the woman’s mother, Marian, told Dutch television NOS as she held up a photo of her daughter with long curly black hair, who had gone on holiday for the first time without her mother.

In phone calls, Laura “tries sometimes to reassure me saying ‘I will come back home soon’, and sometimes she cries and cries…”, the mother, herself in tears, said.

The suspected rapist was also arrested but insisted that their night together had been consensual and that the woman had even asked for money.

“She and her mother have also been pressured to have her marry her attacker,” he added.

A court hearing is set to take place on Monday and the Dutch foreign ministry hopes a decision on whether to charge the woman will be taken.

A 24-year-old Norwegian woman who brought a rape complaint against her boss was jailed for 16 months in the neighbouring United Arab Emirates in 2013 for so-called indecent behaviour, perjury and alcohol consumption. She was later pardoned by the authorities.