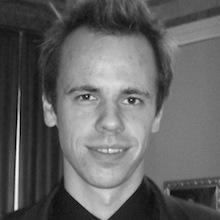 The military coup seems to have triggered measures that were planned long before, writes Ragnar Weilandt.

For decades, Turkish politics followed a similar pattern. The state was run by civilian politicians under the oversight of the secular Armed Forces that would occasionally intervene if conservative religious forces became too powerful. This last happened in 1997 when the military forced prime minister Necmettin Erbakan from the Islamic fundamentalist Welfare Party to resign. A year later, the Welfare Party was shut down by the Turkish Constitutional Court on the grounds of threatening the country’s secularism. Erbakan’s party colleague and then-incumbent mayor of Istanbul Recep Tayyip ErdoÄan was sentenced to ten months and banned from holding political office for inciting hatred by publicly reciting a nationalist and Islamist poem.

ErdoÄan and his allies learned their lesson. By the time the military made its next move ten years later, the tables had turned.

Along with former Welfare Party colleague Abdullah Gül, he founded the Justice and Development Party (AKP) in 2001 and started to cultivate a more moderate and pro-Western rhetoric. The 2002 elections brought a landslide victory for their new party. Having his ban from politics overturned by the AKP government, ErdoÄan became prime minister himself in 2003. Over the next decade, he transformed the secular republic into an Islamic conservative state while gradually becoming more authoritarian. At the same time, he made Turkey a political and economic powerhouse. Particularly the Anatolian hinterland, whose largely rather conservative inhabitants had been neglected by the secular establishment for the past century, benefitted from the AKP’s economic reform.

Rather than providing an alternative, Turkey’s opposition parties did their best to become redundant. Social democratic on paper, the Republican People’s Party (CHP) was hardly less nationalist and authoritarian than the AKP. What is more, its achievements for their core constituency compared rather unfavourably to the socio-economic improvements the AKP accomplished within a few years. Meanwhile, neither the far-right Nationalist Movement Party (MHP) nor the strong Kurdish Left credibly distanced themselves from the political violence committed by their affiliates. For Turkish liberals, the three main opposition parties were almost as unelectable as the Islamists.

In 2007, ErdoÄan put forward Gül as candidate for the presidency, prompting the military to intervene again. Angered by the perspective of having a first lady who wears a headscarf, the Armed Forces published a memorandum expressing their concern and reiterating their determination to act as the guardian of Turkish secularism. However, with ErdoÄan’s social and economic reforms having borne fruit in the meantime, the power balance had shifted in favour of the Islamists. ErdoÄan called and won a snap-election, the AKP’s share of the vote went from 34% to 47% and the parliament elected Gül president. A year later, AKP-backed prosecutors claimed they had uncovered a plot against the Turkish government involving military officials, journalists, academics and politicians. Hundreds were jailed in the first of a series of rather questionable trials against the country’s secularist elites.

“Turkey is no longer a country where whoever gets up early in the morning can deliver a coup d’état”, ErdoÄan would proclaim later, at a party congress in 2012.

A march against arrests of journalists in Turkey on March 31, 2011.
Flash-forward yet another decade. It was night owls rather than early birds that made an entirely unexpected attempt to take over the country by force. By the time ErdoÄan appeared in front of the cameras and his cheering supporters at Istanbul airport the next morning, the military coup had already been quashed. In his speech, he denounced it as an act of treason and announced to clean up the military. “Say it we die, say it we kill!” his supporters chanted. And “We want the death penalty!”

Some of them could not seem to wait. Shocking pictures emerged in the course of the day, showing angry mobs beating, torturing and murdering soldiers that looked as if they were barely old enough to vote. Whether these boys actually knew what they were doing when ordered to the streets remains questionable. Several reports indicate that many lower ranked soldiers mistook the coup attempt for a training exercise.

Meanwhile the coup itself continues to puzzle. With the military having been increasingly staffed with AKP loyalists in recent years, it was highly unlikely for the putschists to get the entire Armed Forces behind them. Moreover, taking control would have required the military to subjugate not only those 21 million Turks who voted for ErdoÄan, but presumably also a great many others who prefer an imperfect democracy to a return to military rule. Most probably a “successful” coup would have plunged the country into a bloody civil war.

This raises questions. As do the amateurish nature of the coup and reported inconsistencies such as the rebel pilots of two F-16 fighter jets who had ErdoÄan’s plane in their sights but did not fire. In light of ErdoÄan’s post-coup clampdown, various commenters and secular Turks liken it to the 1933 Reichstag fire, even suggesting that the whole coup might have been staged in the first place.

A direct involvement of the government seems unlikely for several reasons. First of all, one struggles to envisage ErdoÄan voluntarily addressing the nation via FaceTime. Second, the coup attempt endangers the country’s unsustainable growth, which is the president’s Achilles heel. Moreover, perceived or actual chaos in the army risks encouraging Kurdish and Jihadi militants, a scenario the AKP government would be desperate to avoid. Finally, while the coup did indeed provide a welcome opportunity – or a “gift of god” as ErdoÄan put it – to tighten his grip on power, it only speeded up a process that has already been under way.

As so often in the past, ErdoÄan himself was quick to blame his former key ally turned nemesis Fethullah Gülen. The Pennsylvania-based Turkish imam and his powerful Hizmet movement play a rather murky role in Turkish politics and society. However, the coup did not look like something from their playbook and they had little to gain from an attempt that was bound to fail. Yet again, considering that the military was indeed the Gülenists’ last stronghold after having been purged from the police, judiciary and the media in recent years, their involvement might be less outlandish than it seems at first sight.

In light of previous arrests and unconfirmed reports on immanent further ones, another explanation has the plotters – whether Gülenist or secularist – thinking that it was their very last chance to stop ErdoÄan. This would explain the coup’s rather hasty and premature execution. Yet another explanation sees the putschists as useful idiots who were led to believe that they had substantial support and might succeed. Operation Trust comes to mind, the fake anti-Bolshevik resistance organization set up by Soviet counter intelligence in the 1920s to identify, control and eventually eliminate their opponents.

However, as in 1933 Germany it matters far more what Turkey’s Reichstag’s fire leads to than who was actually behind it. Almost 20 years after ErdoÄan and his allies were removed from government, they are now removing those factions within the once untouchable Armed Forces that they suspect of opposing their Islamist vision for Turkey. And they don’t stop at the military.

From the outset, it was to be expected that ErdoÄan’s previous crackdowns on all kinds of freedoms and against any kind of criticism would pale against what was going to come. However, the ferocity of his purge against anyone mumbling the remotest word of dissent goes beyond the worst fears.

Much like the Reichstag fire, the military coup seems to have triggered measures that were planned long before. It appears unlikely that the lists containing thousands members of the army, the police, the judiciary and the civil service to be sacked were compiled after the coup. The government seems to have had them ready for a while, waiting for the right occasion that justifies their use.

In light of recent events, it is not particularly hard to make the case for security sector reform in Turkey. However, the government has so far failed to offer a satisfactory explanation why sacking 15,200 education ministry staff, asking all 1,577 university deans to resign and revoking the licences of 21,000 teachers is necessary to prevent further military coups. It has not convincingly explained how the closure of more than 100 media outlets as well as hundreds of schools and hospitals helps to safeguard democracy. It has not offered credible justifications for most of the more than 18,000 people that were detained and another 60,000 that were suspended in the past weeks.

Over the past days, even Turkish football got caught up in the purge. Just days after a mass resignation of executives of the country’s football federation, around 100 of its officials were sacked based on alleged links to the putschists yesterday. Himself a former semi-professional player, Erdogan seeks to get a tighter grip on football as Turkish supporters have proven quite effective in mobilizing for anti-government demonstrations, such as the 2013 Gezi Park protests.

Corresponding with 1933 Germany, it looks as if the coup attempt is now followed by a process of “Gleichschaltung”. The government is not just moving against its active opponents but against almost all societal actors whose loyalty to the AKP is not beyond doubt. The purge seems to target all those who are in a position to potentially influence people, notably the schools and universities as well as what is left of the independent media.

And thanks to the putschists, ErdoÄan can – quite credibly in the eyes of his supporters – claim to do all that in order to protect Turkey’s democracy.