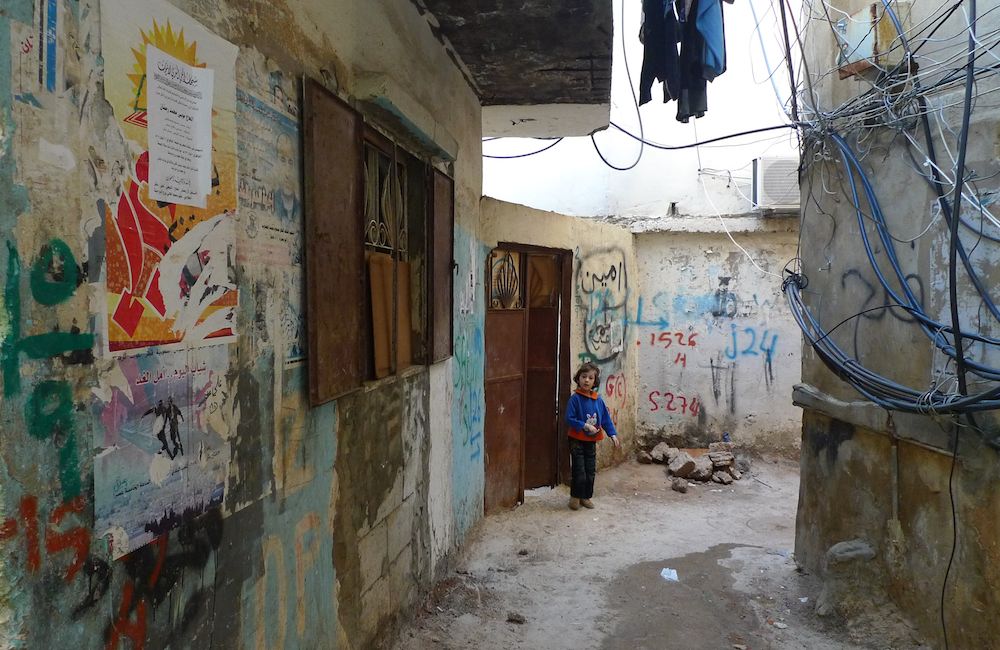 As the number of Syrian refugees in the Middle East comes ever closer to 5 million, governments across the Levant are finding that their responses to this humanitarian crisis are increasingly challenged. In particular, the Lebanese and Jordanian governments have been criticised for providing insufficient services, and for enacting discriminatory legislation against Syrians. Yet these critiques often assess the current emergency in a historical vacuum. In fact, the Syrian refugee crisis is far from the first of its kind in the Middle East – and understanding its historical antecedents is key for understanding the situation today.

One such antecedent in particular stands out. In 1948, close to a million Palestinian refugees sought shelter in countries including Lebanon, Jordan, Egypt, and Syria. Around 300,000 followed in 1967. Today, large communities of Palestinian refugees can be found in the Levant – significantly, in the same countries where many Syrians are now seeking refuge. The demographic impact has been significant, with more than 400,000 registered Palestinian refugees in Lebanon, and more than 200,000 in Jordan. The arrival of large numbers of Syrians over the last 5 years means that according to a recent Amnesty report, Jordan now hosts more refugees than any other country in the world. Lebanon is 4th on the list, but first if numbers are measured against population– around 1 in 4 people living in the country now is a refugee.

Both countries’ experiences as long-term hosts of large refugee populations have been important in shaping their approach to the Syrian crisis. The Palestinian refugee communities have had a significant impact on national politics, demographics, and social history in both Jordan and Lebanon. The two countries have responded in different ways, as typified by the Jordanian decision to grant citizenship to large numbers of Palestinians. Yet in both cases, the history of the Palestinians has been a crucial formative experience behind contemporary refugee policies.

Palestinian refugee history in the Levant

While the Palestinians have been historically dispersed across numerous countries, their experiences in the Levant were characterised by certain similarities. During the Nakba of 1948, many Palestinians sought shelter in camps where basic relief was provided. In Lebanon and Jordan, as well as the West Bank, Gaza, and Syria itself, these camps developed over the years into semi-permanent structures typified by overcrowding and poor infrastructure. The camps became central to the Palestinian nationalist movement in exile, connected across national borders by political organisation and acts of solidarity. Their sometimes militant activism fuelled the perception that they were troublesome, and clashes between the host governments and camp fighters had lasting effects.

The commonalities of the Palestinian experience make it particularly significant as a precedent for understanding contemporary regional policies towards Syrian refugees. Despite the variations, it is still possible to speak in terms of regional themes in refugee policy. Most importantly, both the Jordanian and the Lebanese governments have long regarded the Palestinian experience as a case study of what can happen when refugee populations become part of the status quo.

The Palestinian refugees as a legacy

Placed in the historical context of the Palestinian refugee crisis, the Levantine governments’ policies towards Syrian refugees can be better explained. Beyond the simple fact of forced migration, there are some key similarities between the Palestinian and Syrian cases. Both are large-scale crises stemming from complete upheaval and disruption in their respective home countries; both disproved early suggestions that they would be resolved quickly; and both have engulfed the politics and demographics of the Levantine region.

The similarities extend to the regional responses, which have consistently been heavily politicised as well as driven by humanitarian concerns. In their dealings with both the Palestinian and the Syrian refugees, the host governments have largely objected to any suggestion of their permanent resettlement, and have opposed policy proposals that might facilitate this. Such objections have been most overt in Lebanon, where concerns are acute over the state’s fragility and delicate confessional balancing act.

Yet beyond the simple question of similarities, there are also direct connections in how the Palestinian precedent has influenced Syrian refugee policies. Most notably, the Lebanese government has opposed the construction of Syrian refugee camps. UNHCR has strongly supported this policy, citing its positive effects in promoting integration and preventing the refugees’ ghettoisation. Yet the rationale behind the decision is also shaped by Lebanon’s experience of the Palestinian refugee camps, which have become permanent features of the national landscape over the decades. From the perspective of the Lebanese government, the historical conflict associated with the Palestinian refugee camps makes the prospect of constructing more camps an unappealing one. Most relevantly for the Syrian case today, it is also held that the camps facilitated the Palestinians’ long-term, if unofficial settlement in the country.

Somewhat ironically, the decision not to construct Syrian camps has meant that many have sought shelter instead inside the Palestinian camps, thus bolstering their populations. Many of the Palestinian camps, which were already severely overcrowded prior to 2011, are now almost at breaking point. Shatila, a camp of around one square kilometre, is now home to an estimated 20,000 people – although some put the figure much higher.

The legacy of having hosted the Palestinian refugees has also fuelled the governments’ frustration with current international levels of support for the Syrian situation. Limited humanitarian intervention and assistance from wealthier states have characterised this refugee crisis, just as they characterised the last one. In 2014, the Lebanese Prime Minister Najib Mikati warned that the country desperately needed more help from the international community to continue providing humanitarian aid to the refugees. Similarly, King Abdullah of Jordan said more recently that his country cannot continue to absorb Syrian refugees without more international support.

The fact that this is a repeated experience has fuelled the frustration. Historically, both Lebanon and Jordan frequently appealed for more support for the Palestinian refugees from the international community, which tended to channel its financial assistance via UNRWA. The host states complained that the services of the Agency, which has run a deficit since the 1960s, were insufficient and that more support was needed. With UNHCR today desperately appealing for funds for the Syrian refugee crisis, history seems to be repeating itself.

The repercussions of such concerns are currently playing out with devastating effect for Palestinian refugees from Syria. Since the outbreak of the conflict, more than 100,000 of the 560,000 Palestinians registered in Syria have fled the country, becoming twice or three-times displaced as a population. Like their Syrian counterparts, they have sought immediate refuge in the border countries, particularly Lebanon, where many have extended family.

The importance of the ‘Palestinian question’ for the modern Middle East has been analysed in depth, but its significance in shaping regional refugee policy is strangely overlooked. This needs to be rectified if the international community is to engage more meaningfully with the Levantine countries today hosting huge numbers of Syrian refugees. One final similarity further highlights the significance of the Palestinian issue – both crises have been marked by the firm refusal of the Israeli government to take in a single refugee. For many Arab states, the resulting added pressure on their resources only underlines the recurrence of themes from 1948.