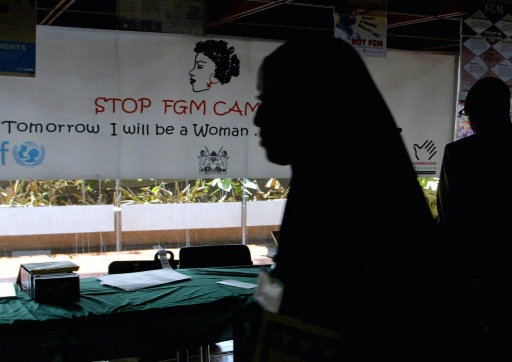 An amended law that toughens penalties for female genital mutilation to up to 15 years in jail has come into effect, the health ministry announced Sunday.

Health ministry officials will monitor and oversee clinics and private hospitals to enforce the anti-FGM law that came into effect last Tuesday, the ministry said in a statement.

The government had sent the bill to parliament on August 28, and lawmakers approved it days later.

In Egypt, the partial or full removal of the external sex organs for no medical purposes, ostensibly to control women’s sexuality, remains widespread, especially in rural areas.

The procedure, common in some parts of the African continent, is practised by both Muslims and Christians in Egypt.

Under the new law, those convicted of carrying out female circumcision can now be jailed for between five and seven years, from three months and two years under the former law.

If the procedure leads to permanent disability or death, the perpetrators could be jailed for up to 15 years.

The new law also calls for anyone who forces a female to undertake the procedure to be jailed for between one and three years, which could potentially apply to parents or family members.

FGM can cause lifelong pain, including extreme discomfort during sexual intercourse, serious complications during childbirth and psychological trauma.

In January 2015, an Egyptian doctor was sentenced to two years in jail for involuntary manslaughter and three months for practising FGM, after a 14-year-old girl died during an operation he performed.

He served only the three-month sentence.

However, “the latest figures from the Egypt Demographic and Health Survey show that we’re winning,” the United Nations Development Programme said in a report last year.

While 92 percent of mothers had undergone the procedure, only 35 percent of them “intend to circumcise their daughters”, according to the UNDP report.

According to the World Health Organisation, more than 200 million girls and women alive today have been cut, and over two million join their ranks each year.

The WHO has categorised FGM a violation of human rights.