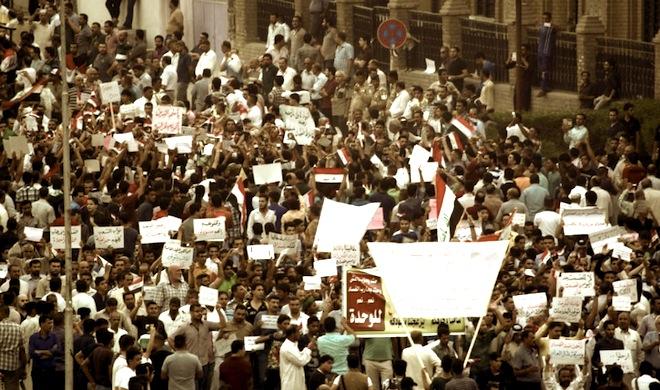 Despite the promise of democratic reforms by newly elected governments, Transparency International's 2016 report found that corruption practices have risen in the Middle East and North Africa (MENA) region, according to a majority of Arab respondents (61%).

One in three public service users in the Arab world – that’s nearly 50 million people – admitted they bribed someone in the last year to access basic services, such as water, medicine and education.

“We demand that civil society be a partner in lawmaking to create an anti-corruption and good governance commission,” said Najet Pacha, Senior Advisor at Tunisia’s National Anti-Corruption Commission, during the 17th Anti-Corruption Conference in Panama on December 4.

Ms. Pacha explains that Tunisia ratified the Arab partnership on anti-corruption. Article 11 stipulates that countries should include civil society in their efforts to tackle corruption.

As such, the Anti-Corruption Commission must provide a seat for a representative from civil society.

“Tunisia has a vibrant civil society with people in the street trying to save the real goal of the revolution,” namely ending impunity, says Sihem Bensedrine, President of the Tunisian Truth and Dignity Commission.

“If people feel that they are involved in something, they are less likely to sabotage it,” adds Arwa Hassan, Program Director at the German Government Development Agency, GIZ, during the panel session on “Accountability in the Arab Region: New Roles for Citizens, Civil Society, Media and the State”.

Yet, the Arab civil society lacks the resources, capacity and organizational and technical tools to perform their role as watchdog, panelists say.

In Palestine, for instance, there is a lack of awareness of anti-corruption legislation, especially in rural areas. “People are not aware of the law and don’t know where to go to denounce violations,” says Yaser Sawafta, Public Prosecutor at the Anti-Corruption Commission of Palestine.

In Egypt, whistleblowers who shed light on misconduct have to provide their personal details. This generally deters them from speaking out freely.

Hence, it is key for political leaders and non-profit organizations to educate Arab citizens on anti-corruption.

In Sudan (the ‘definition’ of the MENA region sometimes covers an extensive area, including Sudan) there are media centers that provide material and information on how to denounce corruption when it occurs, says Surayo Buzurukova, Team Leader at UNDP Sudan.

Society’s participation to promote transparency and accountability is vital in the Arab world because there is poor enforcement of anti-corruption laws.

“There are brilliant anti-corruption laws in the MENA region but the law is not the problem,” says Arwa Hassan.

Egypt’s Illicit Enrichment Law, for example, allows anyone to bring misconduct to the attention of corrupted companies, government bodies and the media.

Yemen also developed an anti-corruption law in 2006 but ranks 154 out of 168 nations in Transparency International 2015 Corruption index.

As for the Palestinian Authority, it implemented an anti-corruption law in 2010 on illicit enrichment. Elected officials have to file forms on their assets before being in office, according to the law.

“We are trying to gain the trust of everyone, the civil society, the government and the media because you cannot fight corruption without real cooperation between these pillars of society,” stresses Ms. Pacha.

“There needs to be a range of trust-building measures rather than wasting time on drafting new anti-corruption laws,” she says.

Despite the wave of outraged citizens pouring into the streets to ask for more rights and vote for democratic regimes, mistrust of the political system lingers in the Arab world.

Since the Arab uprisings, there has been tougher crackdown from authorities and less support from the public on anti-corruption work, notes Ms. Hassan.

“The government is supposed to be the source of protection, but has been for decades the source of violations, (…) which led to social unrest,” says Ms. Bensedrine.

On the screen of the conference room, she projects a video of the commission’s first public hearings in Tunis in November 2016.

In a crowded room, Tunisian victims of human rights abuses – often linked to corruption – vent their frustration against the political system, as tears shed on their cheeks. Others hold portraits of deceased loved ones, as they ask for accountability and transparency.