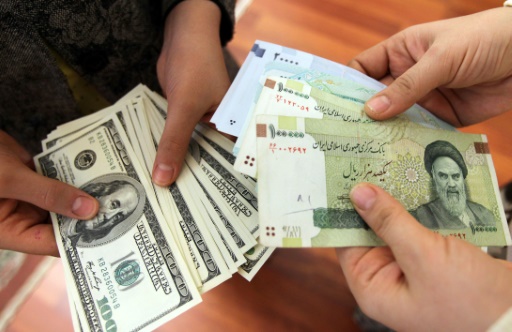 Iran's currency plumbed new lows against the dollar on Sunday, continuing a six-month decline that has seen the rial lose some 19 percent of its value despite the lifting of sanctions.

The decline has quickened since the US election of Donald Trump, who has threatened to tear up the nuclear deal with world powers that removed many global sanctions in exchange for curbs to Iran’s atomic programme.

Iran’s central bank appears to have slowed its interventions without explanation.

“Before, the central bank was injecting dollars into the market to maintain the level of the rial, but it has greatly reduced its injections in recent weeks,” said a currency broker in Tehran, who asked not to be named.

The tightening of global sanctions in 2012 had a devastating impact on the rial — which fell to 35,000 to the dollar from around 10,000 just two years earlier.

Experts say much of the current problem lies with the refusal of global banks to return to Iran despite the end of sanctions — making it difficult to secure trade and investment deals.

“The big international banks still refuse to work with Iran, which is preventing the repatriation of petrol money,” said the broker.

The banks are reluctant to engage with Iran’s opaque economy, and fear they could fall foul of remaining US sanctions that were not affected by the nuclear deal.

The worry now is the return of high inflation as importers are forced to pay more for consumer goods and industrial parts.

That would reverse one of the few successes of President Hassan Rouhani’s government, whose efforts to rebuild trade ties and improve economic management has seen inflation fall from more than 40 percent to 8.6 percent since he was elected in 2013.