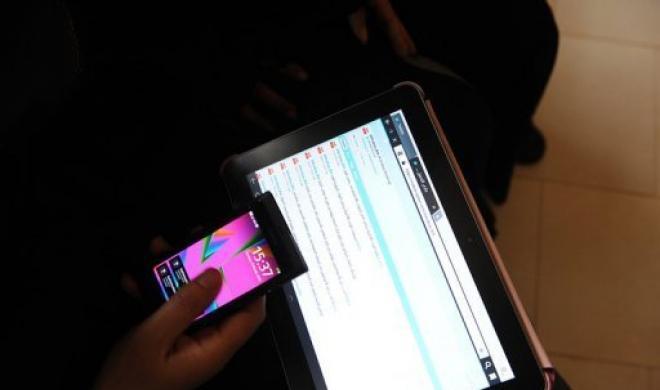 The past year has been another fascinating 12 months for social media watchers in the Middle East. I’ve been charting these developments in an annual round-up for the past five years, with my 2016 report showing an intensifying of several previously highlighted trends.

In particular, we’ve seen the continued rise of visually orientated social networks, the dominance of Middle East social media by Facebook and the wider Facebook portfolio, and renewed tensions between telecoms providers and social media services which allow free internet calls. All of these trends looks set to continue in the next year.

In the meantime, here are ten things we learned in 2016:

2. WhatsApp – which along with Instagram is also owned by Facebook – remains the most popular direct messaging service in the region, according to data from Northwestern University in Qatar. 93% of WhatsApp users, in the six nations studied, are daily users of the app.

4. Instagram usage continues to grow quickly in both Saudi Arabia and UAE, comfortably exceeding the level of growth seen in most markets over the past two years. Among the internet population, Instagram in UAE grew from 38% in 2014 to 60% in 2016. In Saudi Arabia, it jumped from 57%- 82%. The global average is 42% (2016) up from 24% two years ago, according to the Connected Life study published by the research agency Kantar TNS.

6. Instagram has overtaken Twitter, according to a survey of internet users (nationals only) in Egypt, Lebanon, Saudi Arabia, Tunisia and UAE. Data from Northwestern University in Qatar, shows that use of Instagram in these markets increased by 24% between 2013 and 2016. Meanwhile, the number of Twitter users fell by 17%, with a 12% drop in the past year. The micro social network, however, remains, the most popular social channel for news usage.

8. YouTube launched a new hub called Mosalsalat, featuring over 500 iconic Arabic television series. The hub offers more than 7,000 hours of content, produced in the region. Material dating back to 1962, is searchable by both genre and country of origin.

9. The network also created an offline viewing mode – on the YouTube mobile app – for users in Egypt, Jordan, Libya, Yemen, and Algeria.

10. Over the year, services were restricted on a temporary, or permanent, basis across the region. In Turkey, popular services were blocked in March, July and November. In Morocco, Skype, Viber, Tango, WhatsApp and Facebook Messenger, were among the services blocked, whilst in in July, UAE issued a new law banning the use of VPNs. During September, Saudi Arabia added calls from the app Line to its list of blocked services.

Looking ahead, we can expect to see the continued growth of visual-led social networks, such as Instagram and Snapchat, especially in the more affluent Gulf region, as well as the increasing primacy of the mobile social experience.

The growth in mobile social users (+66% in 2015 according to the creative agency We Are Social) means that for many users, mobile is the only way that they interact with social networks.

Meanwhile, services like Facebook Lite – an Android app for users on slow networks – and Facebook Free Basics, which allows users – such as those on networks like Zain in Jordan and AsiaCell, Korek and Zain in Iraq – to use Facebook without incurring data charges, means for millions in the Middle East, mobile will offer their first – and often only – online experience.

This is a trend we can expect to see continuing into 2017 and beyond. Given this, the power and importance of social networks to communities in the Middle East will only continue to grow.

Damian Radcliffe is the Carolyn S. Chambers Professor in Journalism at the University of Oregon and an Honorary Research Fellow at Cardiff University.

“Social Media in the Middle East: The story of 2016” is Damian Radcliffe’s fifth annual study on the state of social media in the Middle East and North Africa (MENA), following previous publications covering developments in 2012, 2013, 2014 and 2015. This version of the article first appeared on MediaShift.