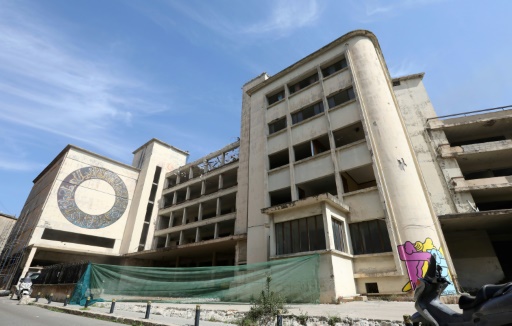 Demolition of one of the Middle East's oldest breweries began this week in the Lebanese capital to make way for a luxury apartment complex, a project that has irked activists.

Bulldozers worked atop the roof of the Brasserie du Levant on Wednesday, knocking down portions of the massive concrete building as neighbours looked on quietly.

Established in the 1930s, the factory brewed the Lebanese beer Laziza for decades before closing in the mid-1990s.

In its place will come “Mar Mikhael Village” — dozens of apartments and townhouses, as well as retail spaces, named after the eastern district that has become a hybrid of loud bars and sleepy residential streets.

Residents of the neighbourhood have already begun complaining about the noise pollution and dusty construction site created by the project.

In designs posted on the architectural firm’s website, the sleek development continues to feature the arched sign reading “Levant Brewery” that hung at the complex’s entrance for decades.

But a video posted online by local activist Ghassan Salameh on Tuesday showed bulldozers knocking the sign back down onto the roof, producing a cloud of dust.

“It got really real when we started seeing the sign come down and the windows being dismantled,” Salameh told AFP.

He said he was working to organise residents into a campaign “with the sole purpose of asking a few questions.”

Many older local residents believed the building was simply being renovated or would be turned into dorms for university students, he said.

“No one told them what roads will be closed, what kind of machinery will come into the neighbourhood, what kind of noise they’ll have to endure for years,” he said.

Activists have started a Facebook page to post updates about the demolition and organise opposition to it.

“The historic character of the neighbourhood… will be under threat,” it warns.

“We demand the immediate halting of the demolition.”

Activists and Beirut residents have long lamented the rampant pace of new development, at the expense of the city’s existing architecture including elegant Lebanese villas.

Despite an economic downturn caused in part by the conflict in neighbouring Syria, a construction boom that began at the end of Lebanon’s 1975-1990 civil war shows little sign of slowing.